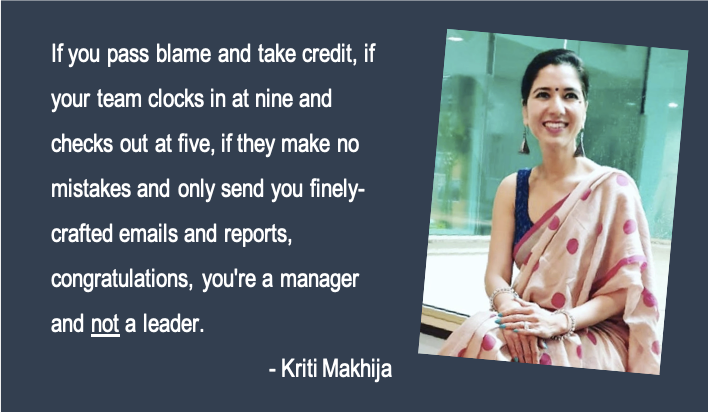 As my father often reminded me, ‘Great leaders give credit to others and accept the blame themselves.’ My philosophy throughout my 18 years of leadership journey has been, if one of my team members made a suggestion that we decided to implement, I make sure to praise him/her for his foresight personally and open forums. But if one made a suggestion that didn’t prove to be as successful, I accepted the blame myself rather than pinning it on him/her. It is not altruism because after all, as the leader, I had decided to go forward with it. I have found that this was the most effective way to keep my teams engaged, motivated, always think ahead, doing more, willing to make suggestions and ready to contribute to the betterment of the team. Even in moments of extreme frustration, I check myself — because it didn’t seem like something my father would have done. And I’m happy to say that to the best of my knowledge, I seldom slip up in that regard.

An unselfish team starts with a leader who gives credit when things go well and accepts the blame when they don’t. Even when they fail, they believe in their abilities and abilities of their team. Such leaders are always the first to raise their hand to acknowledge the mistake and learn from it.

True leaders pull the thumb, before they point the finger

They take responsibility… for EVERYTHING. They turn each misstep into an opportunity to learn from the mistake instead of pointing figures and always fall forward. They are optimistic and have a growth mindset, always looking to find a lesson while others only see a problem. They privately address their team members’ mistakes with them but take the blame publicly without dissent. They pick up team members who slip, don’t point the finger and pass the blame.

When you lead a group of people, they become reflections of yourself. That how culture is built, by leading by example to see mistakes not as the end of the line, but as the beginning of growth.

Leaders pass the credit and take the blame

A leader is in a position of influence and someone who inspires people. If you pass blame and take credit, if your team clocks in at nine and checks out at five, if they make no mistakes and only send you finely-crafted emails and reports, congratulations, you’re a manager and not a leader. Leaders recognise that an inspired team not only produces great work but regularly strive beyond that extra mile to ensure success. Passing credit onto the team is the best, and the easiest, way to do this. Why? A leader is nothing without their team. A leader is always as good as their team.

Coming from an army background, let’s take the example of classical warfare if an army loses, is it because a single person failed in his duties, or turned coat too early? No. More likely it was because they were in the wrong position, advanced too early, or something else beyond an individual’s action.

If an army wins, is it because one unit, or one captain, made a daring charge, or was in the right place at the right time? No. It is because every single person performed admirably in each of their roles.

The difference is clear, right? Failures are often the result of bad leadership, and passing the blame onto those beneath them is not only misplaced but discouraging. Successes, on the other hand, are wholly based on the performance of every individual effort. And assuming the credit for oneself is not only selfish but alienating. Managers fight battles, leaders win wars. And wars are won with a team who is equally inspired to win and fight for the leader.

The first step to finding a solution to a problem is admitting you have a problem. From my experience, the reluctance of good leaders to accept the blame for mistakes has its roots in two misconceptions of what mistakes really are.

Mistakes are an opportunity

A common error is assuming that mistake committed, or revealed, is the end of the line. Work often screeches to a halt, the culprit brought to justice, and all hands are called to the pumps in order to craft a solution in secret, away from judging eyes.

This unfortunate habit leader instils a natural fear of mistakes in teams. Mistakes should not be feared but expected, and often, encouraged. They should be used as an opportunity to learn and create a culture of ownership and accountability.

Leaders who expect 100% perfection from their team will not only work in a very silent office and stifle creativity, teamwork and create a claustrophobic work environment. On the other hand, a leader who assumes the blame, and passes the credit, send a message that mistakes are OK, and that when they happen it will be an opportunity to learn and grow. By inspiring your team, they will emulate your best traits, which will include assuming the blame for themselves.

Mistakes are NOT failures

A fatal flaw in leadership is equating mistakes with failure. The moral hazard is not differentiating the two is employees who almost expect the assignment to be taken from them the moment a mistake is committed and reassigned to someone else. Because a failure means the end of their contribution. It’s done.

However, ensuring that everyone understands the difference, results in recognizing that mistakes do not invalidate the trust. Associating failure with mistakes demonstrates a lack of trust in those to leaders delegate. But by allowing employees to internalize the responsibility given to them, it becomes easier to give credit where it is due.

“It’s amazing how much can be accomplished if no one is concerned with who gets the credit.”

True leaders pull the thumb instead of point fingers. They inspire and encourage. They are perceptive and honest. If a leader is truly transparent for a moment, they will recognise they truly had no claim on any of the credit at all in the first place. Instead, a true leader can see the minute contributions that everyone has made to their success. So, in truth, being a good leader is really just learning to be a decent human being. And that is easy enough. 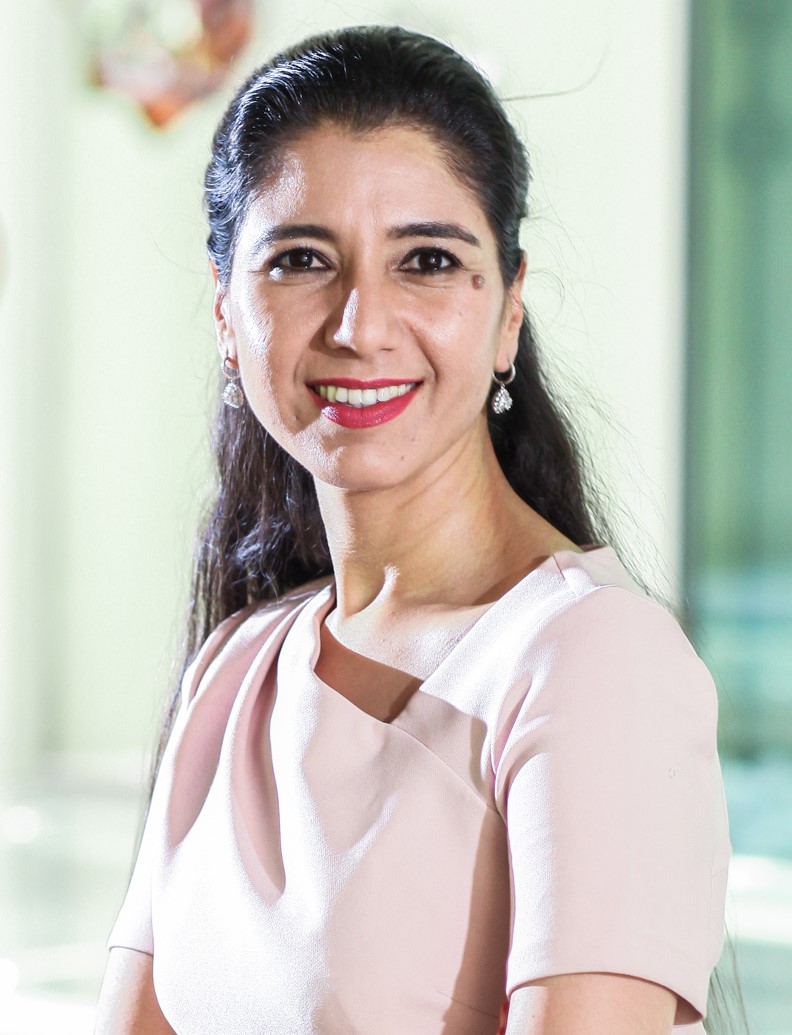 Chief Financial & Compliance Officer at Genesis BCW
Kriti, while being a CFO, dons multiple hats at GenesisBCW mentoring teams and centres of expertise. She is a an active volunteer with Genesis Foundation and handles partnerships, collaborations, fund-raising sponsorship, CSR and the overseas financial management for the Foundation.
SHARE TWEET PIN SHARE

How to use strategic communication in change management

Stirred and shaken, changed and not broken