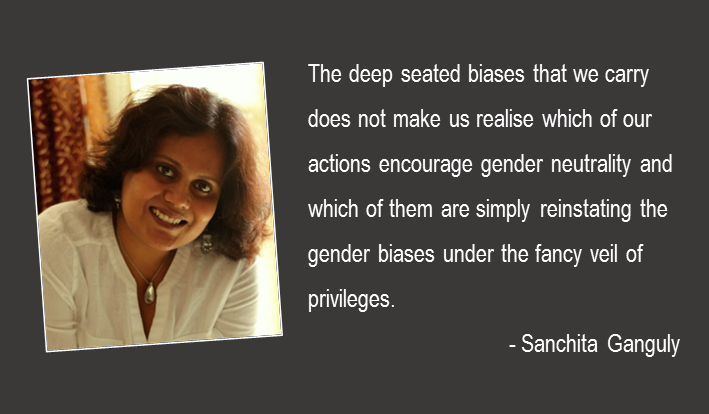 We know that the issues around gender diversity at Corporates are real and all around us. We have also discussed that while equality is tiring, aiming for neutrality might give us the required pace we envision for the transformation. Further we have established the fact that society calls the shots to define the culture at workplace. Some policies are now taking baby steps towards changing this equation but then such examples are far and few.

Thus change is a must but how do we start and who can help? According to World Economic Forum, it will take 208 years to achieve Gender Equality in USA. Since no such study is conducted for our country yet, we are left wondering. Whatever the number might be, it is just not acceptable. Things are changing, yes, but it is taking too long. True intentions towards a common goal ideally should not take decades to realise, for the most progressive species in the solar system.

The deep seated biases that we carry does not make us realise which of our actions encourage gender neutrality and which of them are simply reinstating the gender biases under the fancy veil of privileges. For example, giving maternity leave is beneficial but in absence of an option for paternity leave there is a hidden signalling of which gender to prefer for recruitment in order to ensure consistency of team strength. Further a five days paternity break against a six months maternity leave or stating Paternity Leave as one of the features of “Women Friendly Policies” are all biases at different decibel levels.

So who can really help to expedite the much needed revolution in our thought processes? The work place can be roughly divided into the people we report into, our colleagues and people who report into us. The good news is that the names in each of these buckets are dynamic and they keep graduating from one bucket to the other to finally reach the senior management cadre. So if we are already more than a decade into our professional lives then in another decade or so, we can hope to be a part of the top cadre. If we are just starting off or are preparing to enter the professional world even then the fact remains that someday that’s where we will be – in the top bracket.

Thus the best place to start is from where you are today. Empathising with equals is much easier than being told by seniors or being pointed out by the people reporting to you. Telling your boss that you cry even when you are angry or frustrated might be unpalatable but discussing this openly with colleagues does not risk much. Similarly periods are physically as painful for some people as migraines so such topics also deserve open and honest conversations.

Being mindful of gender biases might take a backseat and decisions might again be surrendered to our deep conditioning if these discussions are not regular. Hence there is a strong need of multiple conversations around the topic till the social wiring rearranges itself to live the new reality.

If today we are not the affected party, tomorrow our daughters and sons might be. Thus it is only natural to believe that everyone will happily do their bit in this regard.

Work ethics is something that professionals like to take pride in and gender neutral behaviour is an integral part of work ethics. A manager in her/his time gets the opportunity to influence several team members. The scope of influence is humongous, if the intentions are in the right place. Like everything else, a transformation thought also follows the snowball effect.

Accepting that differences exist between the two genders is the first step towards practicing neutrality followed by acknowledging those differences. Finally acting with this knowledge to practice mindful behaviour and designing thoughtful policies at office will definitely bring in the desired results.

Designing conversations and policies which are gender inclusive in nature and neutralise those implications is critical. Conversations can multiply easily given the times we live and this snowball effect has to finally lead towards positive reputation.

Era of gender neutrality is not waiting for an organised uprising but is being ushered in by each one of us, one instance at a time. 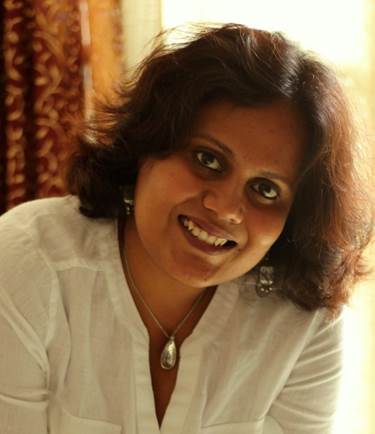 Are we measuring what we ought to measure?