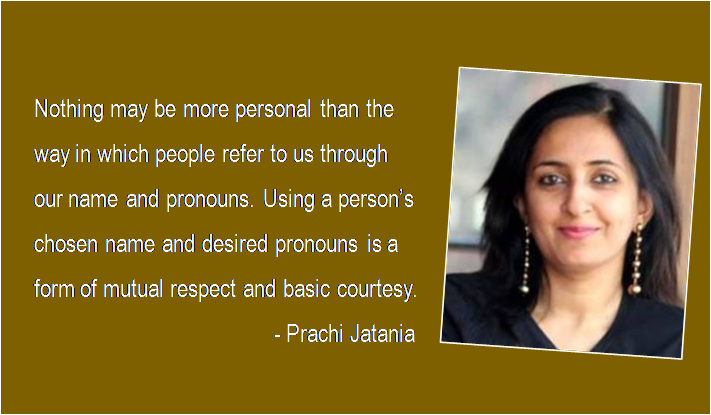 Diversity has become the buzzword in the workplace 2020 set-up. As part of introductions or even an icebreaker interaction with new colleagues, in many companies with progressive HR policies, it goes like this, ‘tell us your name, your role and your preferred gender pronoun.’ It all starts with awareness. The awareness of adopting an inclusive approach towards gender identities.

‘They’, a pronoun once only used as third-person plural in English grammar, now has another meaning attached to it — of being a personal pronoun for people who identify as genderqueer or non-binary. Language has the power to perpetuate gender determinism and could potentially further marginalise the LGBTQ community.

Recently many LGBTQ activists have championed the usage and promotion of inclusive language in public forum and across workplaces, by creating entirely new non-binary terms and by re-tooling existing term and grammar constructs. In 2019 the Merriam-Webster dictionary added “they” as the pronoun to use for a “single person whose gender identity is non binary.” In 2017, the Associated Press Stylebook, the gold standard for journalists, added “they” as gender-neutral form. The Washington Post, meanwhile, made the style guide change in 2015.

So what are gender pronouns?

Gender pronouns are words that an individual would like others to use when talking to or about them. The most commonly used pronouns are “he, him, his” and “she, her, hers.” People who are transgender or gender nonconforming may choose to use pronouns that don’t conform to binary male/female gender categorisations, such as “they, them, theirs.” Does this mean only gender fluid and/or gender non-confirming folks are actively using and advocating for these pronouns? No. Allies of LGBTQ movement, people with awareness of gender identities and advocates of gender equality are also increasingly sharing their preferred pronouns as way to make gender inclusivity part of mainstream conversations at workplaces and educational institutions. You can see this most prominently on social media.

Using gender inclusive language in communication is another step towards promoting gender sensitisation and gender equality.

In Sweden, gender-neutral pronouns are nothing new. In the 1960s, linguists created ‘hen’ — an alternative to the masculine ‘han’ (for ‘he’) and feminine ‘hon’ (for ‘she’)—as a word to use when gender is not known. Over the years, ‘hen’ has gradually worked its way into common parlance and entered the Swedish dictionary in 2015. However, in other parts of the world, the common use of gender neutral pronouns is a more recent social change, or one that is only slowly gaining acceptance.

Is using gender pronouns a millennial or Gen Z trend you ask?

Well, yes and no. Gen Z is shifting to a world that is gender-fluid and the aspect of authenticity is front and centre for this generation. They believe it is important to understand gender as a spectrum and not in binaries of male and female. Dr Kirby Conrod is a linguist at the University of Washington with a focus on pronouns. “As a linguist, I would say that language is going to change whether you yourself participate in that change or not,” they explain. “Singular, non-binary ‘they’ is already very far into that ongoing language change, and it’s up to you to decide if that’s a part of the language you want access to—but you also don’t get to make that decision for anyone else, or complain when other speakers around you move forward without you.”

How do I ask someone what their gender pronoun is?

As part of an introduction or icebreaker at work, you can say “Tell us your name, your role, and if you’re comfortable, your gender pronoun.” You might hear gender-neutral pronouns like “they, them, theirs” – or some people prefer that you simply use their name. In a one-on-one conversation, the best way to ask is with a straightforward: “What are your gender pronouns?” or “Can you remind me of which pronouns you like for yourself?”

Nothing may be more personal than the way in which people refer to us through our name and pronouns. Using a person’s chosen name and desired pronouns is a form of mutual respect and basic courtesy. In the workplace, employees should have the option of articulating their preferred name and the way this is articulated may vary across settings — formal vs. informal, email vs. in-person meetings, name badges, business cards and so on. Normalising pronoun introductions and usage is a credible, first step towards acknowledging diversity and communicating in an inclusive way. 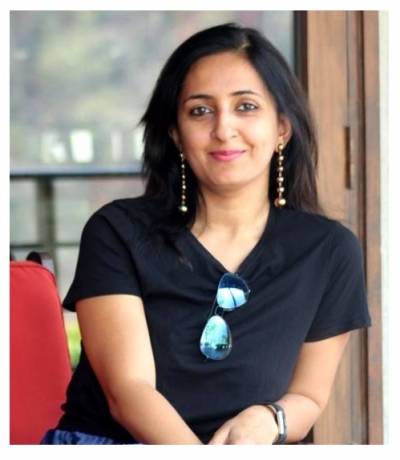 Prachi Jatania is a former journalist, now working at the intersection of public affairs, communications, and content marketing. She is a University of Cambridge alumnus, has previously worked for the UK government in India and the Times of India Group. She is passionate about crafting strategic communications advisory for global brands and non-profits.
SHARE TWEET PIN SHARE

If yes, then what?

#RTSPECTRA – In times of crisis does purpose really matter?