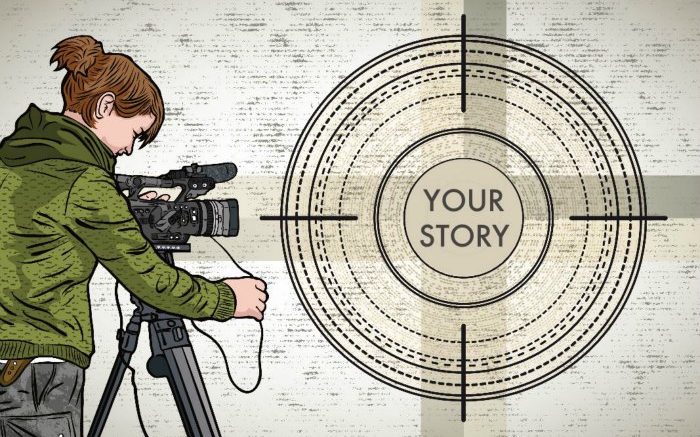 As India was shaken last week by the horrible rape and murder of a vet in Hyderabad and the manner in which the four accused were shot dead by the city’s police,  the reactions to both showed a range that displayed the dilemmas of a democratic India. And I thought: this is not something that can be easily told in a news story. It needs a documentary.

A couple of weeks ago, I had a meeting in South Delhi that was cut short at the last minute and I had an hour free in the middle of a busy schedule. On a suggestion from my Facebook page, I went to the Siri Fort Auditorium and I am glad I did. The visit to the Woodpecker International Film Festival that promotes “issue-based cinema” became a wonderful way to recall an aspect of journalism that is not quite included in it, but increasingly relevant. The Hyderabad horror and the accompanying news of a rape victim in Unnao being burnt to death by the perpetrator out on bail naturally became just the kind of subject a documentary maker can handle better than a news cameraman. Not to speak of the debate on extra-judicial killings that followed.

The Woodpecker festival is a commendable effort. This year’s screening schedule looked most impressive. This deserves a bigger audience.

The film I saw at the festival, born in India and also being taken overseas, was ‘Iq Rah’ — about two madrasas (schools of Islamic learning) in the heart of the National Capital Region at Mehrauli in Delhi — a short distance from both the corporate hub of Gurgaon and fashionable hangouts like the Select City Walk in Saket. I could not find the documentary online but would urge people to watch it. Made as a diploma film as part of the Jamia Millia Islamia university’s famous AJK Mass Communication Research Centre (which gave us Shah Rukh Khan as a celebrity alumnus), Iq Rah quietly shoots life in the madrasas, where children, mostly from poor families, learn the Quran, study English, play cricket and discuss life and ambitions. Gripping and insightful, the documentary takes us to zones we often ignore — the minds and hearts of ordinary people, their beliefs, their conditions and their ways.

Directed by Faisal Saleem with help from his schoolmates, Iq Rah is the kind of stuff that should be shown alongside news on TV channels so that people join the dots on what really happens in society instead of wasting time on pointless, ill-informed, insensitive debates. The film shows how children have a happy childhood and nurse big ambitions even as they cope with innuendo on madrasas being linked to terrorism. It shows how poor parents value religious education, even as they hope that some of the stuff taught free would make them materially successful. There is one kid suggesting that mathematics should be taught in madrasas, and another saying he wants to become a businessman in a matter-of-fact way.

You have to go into the minds and everyday lives of people to get true insights. Feature journalism in print/text is supposed to do that but that is a genre increasingly hard to find. More important, it is an art, not easily practised by vanilla news boys and girls for whom the he-said-she-said format has become the staple for journalism.

As I discussed ‘Iq Rah’ with one of its team members, I was reminded of how an all-woman collective of Jamia alumni called Mediastorm produced two brilliant documentaries, one on the Shah Bano Judgement ( the verdict helped the rise of the BJP) and the other on a sati in Rajasthan.  To this day, they remain relevant, intimate records of social upheavals in the 1980s, long after many of the news headlines have been forgotten.

The horrific 2012 rape on a bus in Delhi, known as the Nirbhaya case, led to a BBC documentary called ‘India’s Daughter’ that was banned in India. It features the perpetrator driving the bus justifying his act — on camera. Chilling, disgusting and yet necessary for us to understand how things happen.

Documentaries fill that vital gap between literature/art and journalism. We need more systematic ways in India to make, discover, list, watch and discuss them. I know Netflix and YouTube offer platforms, but there is a long way to go.

Be the first to comment on "Documentaries are a vital link between journalism and art: We need better ways to make, discover and watch them"