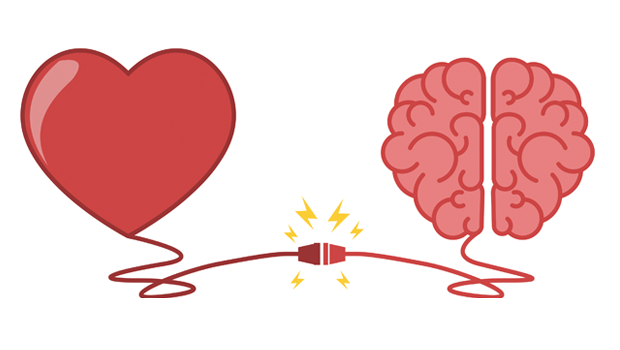 A few years back, a good leader was someone who had a vision, could strategise well and accomplish goals as required by the organisation. The idea was to deliver results and not much focus was given to building relationships, having a transparent team culture or to building a cohesive and close-knit team. The alpha male archetype was a perfect leader who could encourage his team to deliver the best.

But, times have changed, and the workplaces have transformed with the rise of millennials, the globalisation and the emergence of digital media. Today, the workforce is much more vocal about their experiences. They are not the ones who will take it lying down and voice out their concerns, to their managers, their company and also on social media. Employees of today are confident and are reluctant to work with micro managers. Instead, they invest in companies and individuals that trust their team members and give them the scope to grow and perform. All this has led to the increasing importance of emotional intelligence amongst leadership. Increasing number of companies are not only evaluating profiles for a leadership role from the standpoint of their experience, hard skills and achievements, but also evaluating the emotional intelligence of the candidates. The primary reason for this is that leaders with higher emotional intelligence can build more connected and motivated teams, with high levels of productivity.

What is emotional intelligence (EI)?

Emotional intelligence is about recognising, understanding managing one’s own emotions and all of the people around. It has a lot to do with understanding and connecting with people. It is defined as one’s ability to understand other people, what motivates them to deliver their best and how to ensure a collaborative work culture.

Emotional intelligence is becoming increasingly important for leaders. It is considered to be vital to a team’s or organisation’s success. Let’s take examples of two leaders with different operating styles. The first one is from the traditional school of leadership who believes in yelling and building pressure on his team members to get his work done. The second one, on the other hand, is a new age leader who is well in control of his emotions, calmly assesses the situation at hand and guides his team on the way forward. If both the leaders are evaluated on the success and productivity parameters, it is the latter who will win hands down.

According to Daniel Goleman, an American psychologist, there are five key elements that define emotional intelligence- self-awareness, self-regulation, motivation, empathy, and  social skills. A leader with higher EI is the one who is able to fare well with regards to these five elements.

Who are the leaders excelling in emotional intelligence?

It is not difficult to spot the leaders who excel in emotional intelligence. They are generally easy to work with, are at ease with themselves and are not the insecure lot. They are affable, resilient and optimistic. Inspite of being in the most critical situations, these set of leaders will always see the brighter side of things.

If you think of a great manager that you have worked in the past, there would be a few traits that would clearly stand out. A good manager with high EI is someone who makes you comfortable, lets you share your concerns, and helps solve your problems. He is not the one who will lose his cool even in case of any disagreement. Instead, he will patiently hear you out  to understand and not respond, and be respectful and productive in his response. Even if he is unhappy with your work, he will share feedback in person, and not cite it out publicly as the same can be insulting.

Why is emotional intelligence important for organisations?

Effective leadership is about managing people and empowering them to deliver their best. Emotional intelligence is of prime importance for leaders as they are responsible for leading and mentoring teams, maximising the performance of their team members and keeping them as one cohesive unit.

A leader with high emotional intelligence has critical skills that businesses and teams need to drive higher productivity, such as effective conversations and communication, conflict resolution, pursuing excellence and collaboration, even in case of distributed or remote working setup. Also, he can manage his team as well as their team emotions well, in the good and the bad times. He can channelise the team’s energies in the right direction and do not indulge in small talk, anger bouts or ego trips.

Emotional intelligence can make all the difference because:

Emotional intelligence can have a huge impact on the business success. Likewise, its absence can lead to basic, preventable failures. Fortunately, emotional intelligence can be improved by an individual. However, it requires a bit of introspection, better understanding of people and the ability to manage oneself better. There is no specific age or years of experience that can ensure a leader will have a high degree of EI. I have been associated with leaders with over 20 years of experience but zilch EI and I have also seen leaders who are less than 30 years of age but are very high on EI.

It is important to note that even if the leaders are well experienced, and have worked with the best of organisations, in case they are unable to drive emotions in the right direction, they will not be able to succeed beyond a point. I have worked with leaders who have well-experienced with proven skills for their role, but they had a major challenges with regards to communicating with their team members. The co-workers felt undervalued, grossly disrespected and had no motivation to accomplish their goals. Every day seemed like fighting a war or walking on eggshells, trying to prevent the next outburst (from the leader) from happening. The end result was a mediocre team with people only doing the minimum to get their next paycheck. The connect with the organisation was minimum and employees never stood up for each other.

The most effective business leaders of the world, are alike in only one way- they have a high degree of EI. This is because leaders who are emotionally intelligent foster safe environments, where individuals feel valued, can take calculated risks, voice their opinions and feel connected to the overall business growth. They drive an organisational culture that thrives on collaboration, trust, and respect for individual. They connect with people like no one can. They leave an impression and build a lasting relationship with only one conversation. They are widely respected and can motivate their team in the worst of times.

EI is here to stay and will emerge as one of the core attributes for the leaders of the future. Hence, aspiring and existing leaders should invest more in improving their EI so as to ensure that they are successful leaders in the times to come.

Do smarter side gigs to upskill

Unlock1.0 and beyond – How life and business will change