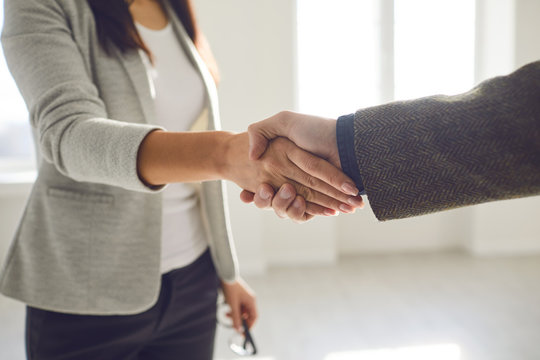 I first interacted with journalists back in the days when I was a part of one of India’s largest publishing groups.

Though I was in marketing and advertising, I did make some good friends who were journalists. But in all honesty, I really did not ask them much about how they went about getting stories which made it into print.

Even in my days with a few tech companies, I did not really wonder too much about how media went about getting their stories.

It was only when I joined the retail group I was working for, did I get an insight into what makes a journalist ‘tick’!

Mind you, this was in the days prior to the internet/ digital revolution, so access to information was relatively limited.

Today’s journalists are better informed and do a lot more ‘homework’ before any interaction. They are a lot harder to convince and have access to multiple pieces of information about any firm, including different published points of view.

Today, however, Covid has taken a toll on the media industry in general and it is a known fact that many media houses/ publications/ platforms are cutting salaries, often laying off people, and asking those on the desk to do ‘reporting’.

No, things are not in great shape. All the more reason why you should build enduring relationships with those in media – with the currency called ‘news’.

Anyways, back to the retail company I was with. Our MD was a Rockstar, and media loved interacting with him. But his interactions were few and far in between

As a group we had multiple retail formats with many CEO’s, so it was not as if we were lacking for spokespeople. It was initially difficult convincing media to meet someone else apart from the MD, however interesting the story was.

That was the time I started thinking a little more deeply about the career paths of journalists. What makes them enter the profession? How do they grow? Which beat do they cover and why? Why do some of them do features and not news? The questions were many, but I was fixated on the first question – the career paths of journalists, and their way up the ladder, as it were.

That’s when it struck me that irrespective of ones’ qualifications, like all of us, journalists start at the bottom of the food chain. They are sent to cover press conferences, and asked to do small, insignificant pieces by their superiors. Naturally, their interest levels taper off at some point, because they do not see their professional growth trajectory the way they had envisaged it to be.

Above all else, they need their byline – which invariably means an exclusive story.

That is when I realised that there was a way to help them get exclusives while getting decent media exposure for our own company/ formats.

I spoke to the MD and the various CEO’s of the different formats and told them what I proposed to do – line up interactions with young journalists, who were good but not getting a break. The MD and the CEO’s were very happy at this approach. In fact, the MD went to the extent of saying, ‘Atul, this is the best way to build relationships when many journalists are starting their careers.’

Thereafter, I would respond to every mail which came from the media asking for an interaction with the MD. Many of these requests were from those who had just entered the profession.

I would then reach out to them and tell them that an interaction with the MD was difficult, but I could surely line up interactions with different CEO’s. And that all of these interactions would be exclusives, so that their byline would also appear in print.

Invariably, most of them agreed with this approach. I would then send them enough reading material so that they came for the interview with a lot of facts and information about our company and specific formats. The fact that they had background knowledge would make the CEO more comfortable engaging with the journalist.

Not surprisingly, this approach worked.

We got a lot of positive coverage, and the journalist got her/ his byline.

Most importantly for me, this approach helped build the base for a strong relationship with many in the media, across the country.

These relationships have endured over the decades. Many of those whom our company gave the first byline to, have gone on to become editors/ head of communications teams/ respected journalists in their areas of specialisation.

Unfortunately, in recent times, I have seen press releases being sent without doing any homework on whom they are being sent to.

I have seen follow up calls being made to senior journalists, who are most often unknown to those making the calls.

I have been a witness to requests to media to ‘stop stories’ because they were in some ways negative for the company.

I have experienced countless times when servicing teams from the agency partner have ‘demanded’ a corrigendum, or ‘good positions’ in publications for their clients’ stories.

I have seen press releases which are ‘tacky’ to say the least – poor content and very poor story telling.

But I have rarely seen efforts being made to build relationships with media. And that was something my retail company always encouraged.

And, for that, I will be forever thankful to my MD and the CEO’s who were understanding and told me to encourage newcomers. Not once did they decline an interaction where they did not know the journalist!

1 Comment on "Give a new, upcoming journalist a good story"

Who is your role model?