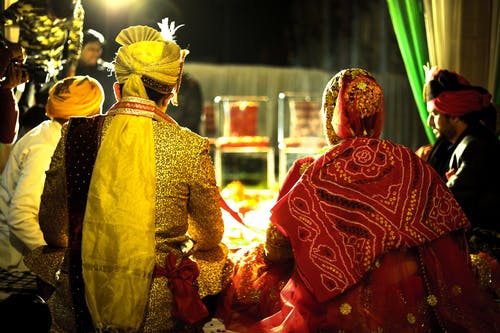 Though married, I was briefed on a new matrimonial page for the leading Marathi newspaper (owned by the publishing group I was associated with), which was planning to launch soon. The page was to be called Jeevan Saathi!

‘Where is the brief’, I asked the client?

‘Here it is, in the format you have prescribed’, he responded, smiling ever so wickedly☺, remembering one of our earlier interactions where I had told him that I expected a proper brief.

I smiled too and went back to have a chat with the small team we had. We brainstormed and came up with some really good ideas, which the art director visualised and got the layouts organised.

Two days later, we presented these to the client, who approved them. (Those were the days, when anything I said was being approved. You see, our relationship was still in the honeymoon phase – no pun intended☺).

Then came the bombshell … the client said that he had not budgeted for this launch at all, and we would have to do it on a shoestring budget … that meant no big name photographer, and no big name models.

‘But it is a four-ad campaign, and we would need at least four lady models and four males. Surely, they won’t do it for free’, I argued. ‘And the photographer would also have to be paid’, I added.

To no avail. The client just did not have the budgets☹.

Feeling quite low, that evening I was sitting at the club near my house, partaking of the amber liquid to take my mind off the challenge facing me.

Just then, an old friend, who was also a photographer, dropped in. He joined me, and I told him of the situation.

This friend was also looking at a big break and wanted the ads to be published in the group’s publications, so that he could get some mileage. No surprise that he agreed to do the shoot for a pittance.

Now where were we going to get the models from?

Fortunately for me, fate decided to intervene. We managed to get two lady models through friends who worked in the publishing group. We also got four male models in a similar manner.

That evening, I was speaking about this with my wife, and I really don’t know what came over me, but I just asked her, ‘Will you do this ad film shoot for the new matrimonial pages being launched’?

She smiled and agreed. I was quite flummoxed but delighted in equal measure.

That left the last lady model to be found.

Next day at work, a colleague of mine happened to just pass by. I knew she had four daughters, and that one of them was trying to get modelling assignments!

I asked her, ‘Will your daughter be a model for the new campaign we are doing for the new matrimonial column’?

I also told her that there would be no remuneration, but that the campaign would get excellent exposure in all group publications.

She said that she would get back the next day.

My luck was in.

Both mother and daughter agreed.

Now for the sets…but we had no money. So, we decided to shoot at different outdoor locations, including the terrace of the building I lived in.

Shoot done, the artworks were made, and the campaign was released. It was a smash hit, and the matrimonial pages of the Marathi newspaper started rocking.

It did not stop there. The models and the photographer got noticed.

All of them became professional models thereafter.

And I was best man at the wedding☺.

The photographer landed some big assignments.

My wife turned down some work that came her way☺.

And my colleague’s daughter became a star in the next few months. After this campaign, she got some superb assignments. She also went on to do feature films and is currently a very big name in the entertainment community.

So, all was well that ended well. This one ended beautifully!

Save little hearts … Give life a chance!

Bridging the gap between media and PR