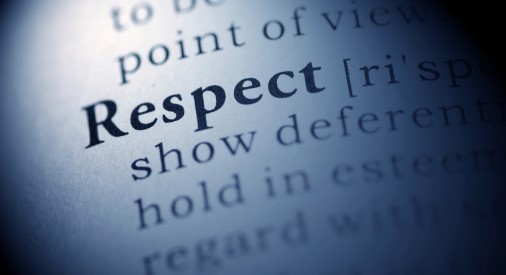 I really don’t know why John F Kennedy was one of my childhood heroes. I was just 6 when he was assassinated in Dallas. But the legend of Camelot kept growing in my psyche. I recall reading up every book written on the conspiracy theory behind his killing; watching every movie ever made on him; and doing just about everything to get to know more about the as yet unsolved mystery of who killed JFK!

It was thus natural that the place he was killed in Dallas – The Grassy Knoll, was a place which I would want to visit…as a ‘pilgrimage’, one might say.

That dream became a reality when our firm had a global sales meet in Dallas, Texas. A day into the conference, with my part of the proceedings complete, I took off and went to the Grassy Knoll and relived every moment of what might have happened. Just being there gave me a sense of fulfilment. I spent many hours there and shed more than a few silent tears.

A few of my colleagues did not hold back and wondered why I admired the man so much. “He was a womanizer”; “He had an affair with Marilyn Monroe”; “Not a good human being”; “Almost started a war with his Bay of Pigs miscalculation”.

Frankly, it did not matter, because JFK, one of the youngest global leaders, represented hope for a new generation across the world, including me.

There were more than a few young leaders in my company, who also represented hope for me because of their forward thinking. Two of them were based in the USA at that point, and I had been introduced to them at the global sales conference in Dallas.

They had liked my presentation at the conference and whenever they visited India, my office was one of the first places they dropped in to. I spoke to them about different aspects of communications, and in turn, I learnt a huge amount of how global giants work.

The two of them (I will call them RN and AA), were, unknown to them, like mentors to me. What I learnt from them helped me to navigate a company of more than 100,000 associates. My friendship with RN in particular refined my ways of thinking out of the box in order to solve business problems.

From AA, I learnt how to do things in a human yet process driven way.

Both are friends. Both enriched my life. Above all else, they were much younger than me, but that did not stop me from learning from them and respecting them immensely.

RN, and his ‘think different’ attitude, made me attempt more than a few innovative initiatives in my organisation. These worked and many plaudits came my way.

One of the compliments was a very unusual one.

I was sitting in New York with a friend who worked for HBO, having a cup of coffee. In the midst of our conversation, she suddenly pulled out a book and gave it to me.

She said, “Atul, this book is from someone from your company working in the USA. You don’t know him, but he thinks you mirror the author of the book in many ways. He has asked me not to reveal his name”.

I opened the book on reaching my hotel. It was called, ‘Maverick’, written by a Brazilian entrepreneur called Ricardo Semmler. Do read it if you haven’t.

It recounts the story of Ricardo, who headed a company called Semco, and transformed the company by reducing the layers of leadership and giving workers complete control of their deliverables. It was something unheard of in management those days, but it worked wonders for Semco!

I was working for another IT services firm in Bangalore and I was introduced to a gentleman at a party. “Hi Atul. Did you enjoy reading the book I gave you? I thought it would be an appropriate gift, considering how you were transforming the communications culture in our company, in such an innovative manner. You were indeed a maverick in a traditional set up like ours.”

When he said that, it immediately brought to mind my childhood respect for JFK and the hope he represented; my visit to the Grassy Knoll, as indeed my gratitude to RN and AA, who had shaped my thinking, and made me think innovatively, yet in a process driven manner.

There is another example, which underlines the amazing people we had in our company, and how my life was enriched once again.

I was in Washington in the midst of winter, staying at a hotel. The day after I checked in, I got a call from Capt. G, who introduced himself as the HR person for the East Coast. He had called to ask me to move out of the hotel and stay with him for a couple of days. This, mind you, in spite of not knowing me at all!

I accepted his invitation and spent two wonderful days with him. The day of my departure for New York, we woke up to discover that we were completely snowbound. That did not deter G, who took his shovel, asked me to help him clear the driveway, and instead of dropping me to Washington Station, drove me – a stranger for all practical purposes – all the way to New York!

Be the first to comment on "John F Kennedy, being a maverick and shoveling snow"

Corporate marketing & employer branding: the lessons we can learn from mythologies, politics and religion