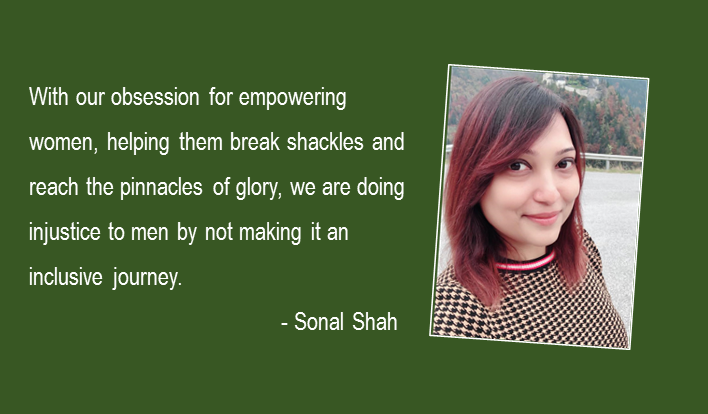 Ladies, let me ask you a question: In the pursuit of achieving gender equality, have we forgotten about something?

When talking about gender equality, the focus is often on women: how to empower women, how to remove barriers for the inclusion of women, how to ensure that women gain access to health, economic, educational and other opportunities. But the conversations about gender equality often lack an important voice — that of men. Bringing men into this conversation is ultimately important to closing the gender equity gap and enable men to break free from the “man box.”

As opposed to women’s equality, we need to focus more on gender equity.

According to a Sodexo Gender Balance study, an ideal ratio of 60:40 of men and women is a precursor for optimum productivity and revenue in any corporate. Teams functioning with this ratio have performed beyond expectations and driven great business outcomes. On the contrary, any variation in this ratio, either in favour of men or women, has taken a toll on the efficiency of the team. This firmly points to the fact that an ideal gender balance is necessary for teams and organisations to grow; both men and women have to work in tandem.

However, with our obsession for empowering women, helping them break shackles and reach the pinnacles of glory, we are doing injustice to men by not making it an inclusive journey. Our failure to remember and celebrate International Men’s Day is a small example of this indifference. Contrast it with the celebration of International Women’s Day on 8th March every year. Barring a few exceptions that simply follow the herd, most men demonstrate genuine affection and appreciation for the presence of women in their lives – both in the personal and professional front.

So, can we as women, show more maturity and reciprocate this gratitude? Can we demonstrate that we too want gender equality, not special privileges, that we want to achieve success through hard work and determination and not as perks because of our gender, that we want parity in every sense of the word?

Say NO to reservations and quotas – We demanded to be included in the Armed Forces as we were physically and emotionally strong; we cannot contradict this by insisting that a man give up his seat in a bus because we lack the stamina to stand. Let us claim seats that are rightfully ours, whether it’s in a bus, a government job or a corporate boardroom; and not be slave of a quota system that overlooks capabilities in favour of gender. Without the right policies, measures and activation plan, a quota system can do more harm than good. A good example is quotas for certain communities in educational universities and public sector jobs; these have caused heartaches to many deserving candidates. So let merit be the sole criterion for selection; select because you want to, not because you have to.

Delegate parental responsibility – If women are better wired to understand the physical and emotional wellbeing of their children, men are more suited for mentoring and guiding the children in the right direction. The responsibility of bringing up the child rests equally on both parents; it is just a matter of delegating the right tasks to the right parent. The concept of primary and secondary caretaker no longer exists – the child is not ‘hers’, but ‘ours’. It needs love, attention, time and support of both parents to become a complete human being. In turn, it will imbibe these very values in its own life, leading to a better ecosystem and a better world. So, learn to delegate.

Break stereotypes – Division of labour in the household began a long time ago. The woman was in charge of cooking and cleaning; the man looked after the finances. If the woman took on a job, it was an additional task and she used this money to fulfil her own needs or to save up for vacations, never to bear the major household expenses or investments. But today, gender equality questions these norms. There can be no stereotyping of jobs on the basis of gender. Every task can be handled equally well by both the man and the woman. And this holds true in the corporates as well. So, realign your vision, break away from stereotypes and do justice to every role in life.

As we inch closer to the dawn of a new year, let’s resolve and pledge to re-focus our energies and intentions towards real gender equality; because therein lies the secret of true success. “True equality is not the superiority of women, but the equal status of man and woman.” 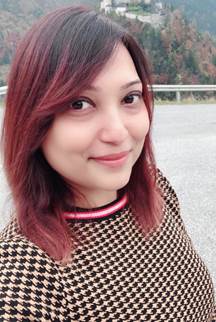 Be the first to comment on "Ladies, time to break Stereotypes?"