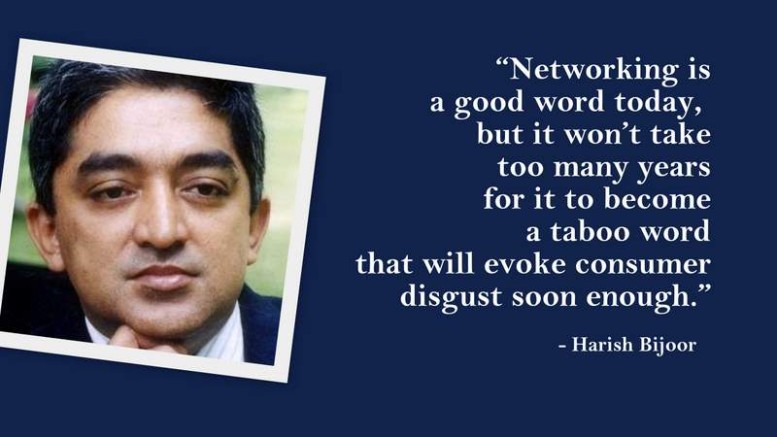 Networking is the buzz. Salespersons of every kind use it to advantage. The 5-star hotel guest relations executive is networking at every party there is to be hosted, just as the Business Development guy at the IT major is networking on every flight he takes from a Boston to a Bengaluru.

As India wakes up to the opportunity of networking as a  tool to produce bigger and better results in the realm of selling, let me peek at the downsides of networking and the pitfalls to avoid as we discover this glitzy tool, reinvented for the years of the 2010 series and packaged by every International sales guru there is.

Let’s start at the definition point of networking itself. If I am to strip the term of its cloak of jargon, networking simply means the ability to build relationships. Building relationships through covert means. With the overt purpose of selling something, sometime to someone.

All of networking has a purpose. The base purpose is to sell. Make a piece of revenue happen. And make a profit for sure. Networking, to that extent, is purely commercial in intent. No benign stuff here. Everything is very focused. Very engineered.

The tool of networking for PR is therefore a tool that comes with a wee bit of baggage in itself. The moment one thinks networking, one thinks commerce. And the moment you think commerce, the consumer has his antennae up! Networking is therefore sensitive stuff in today’s highly sensitized commercial society.

As commercial society marches forward, men and women in PR, in reality, have little time for others. In the old days, in a typical village of the day, neighbors who lived in separate homes remained bonded to the village in its entirety. As creeping urbanization hit the villagers, and as they progressively migrated to the big cities of the day, society became more and more de-bonded. Today, urban folk are largely de-bonded. Neighbors who live in match-box flats, with firm walls between themselves, hardly ever bother to know their neighbor in the true sense of the term. The urban man is therefore largely de-bonded. Many a time you hardly realize your neighbour died a couple of weeks ago due to a silent heart attack. You were too busy building your career to even notice. Or bother.

In the midst of this de-bonded commercial society, in comes the movement of networking that promises to bond society together once again, only this time with the purpose of mutual gain and profit. Networking promises to knit the de-bonded urban soul together once more. Society will reinvent itself. For profit.

Look keenly in your neighborhood. It is good to say a cheery hello to the neighbor in your apartment complex. One might just need him one day, when the Passport office asks for a neighbor’s affidavit. It is good as well to join that social service club in the neighborhood. There is plenty of fellowship around, and a good chance to network for profit. Who knows who might recommend your services to whom? It’s good to even land up at the PTA meet at your kid’s school. You just might be able to network with the influential parent out there who runs this Tech company. You just might as well land a great job. Who knows?

Networking for PR and gain  therefore assumes proportions unimagined as the years of active networking evolves. The temple and church become great forums to network just as the social services club of ostensible service intent, becomes a great place to network.

Networking therefore gradually attains a bad name if done to death. And most PR- persons do it to death. There is just not enough sensitivity in the networking process at all. The visiting card case is literally kept in hand as the game of “Ýou take my card, and I’ll take yours” continues.

Networking will therefore be distrusted more and more. The guy who smiles at you in the Post Office queue might as well be a PR-person stalking you, just as the one who invites you over to his kid’s birthday party might be looking for a change of job.

PR-persons have now taken networking one step further. Having tired of the game in the physical world, the networking buzz has moved on to e-space. The Internet and its ability to quickly connect people have been used to good advantage. Networking communities such as Facebook and Twitter, will eventually translate to be networking forums PR- persons will use, misuse and abuse. Till the goose that lays the golden egg will be cooked well and truly!

Network then for profit, but do it with sensitivity. Stop making a charade out of this tool that has come by your way. Network with grace. With caution. With patience.

Networking is a good word today, but it won’t take too many years for it to become a taboo word that will evoke consumer disgust soon enough. Much like what Tele-marketing has the dubious distinction of achieving in a short span of months in the country. 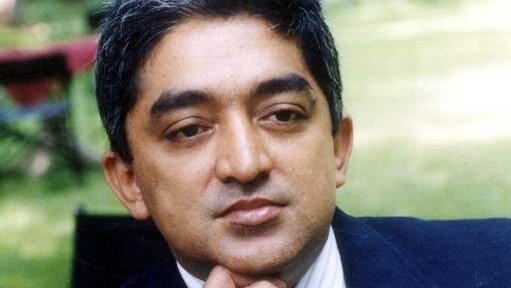 Transition from Journalism to PR: A Tough Terrain