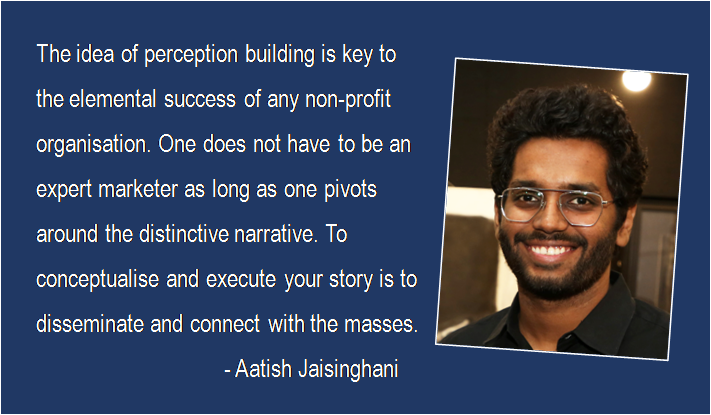 What is image really? Image can broadly refer to perception, impression, a façade or portrayed depiction. The general idea behind perception building has been that it is only of utmost importance to a business enterprise. In the modern informed world, it is safe to say that it is inaccurate! In fact, any entity maintaining a public appearance will absolutely need perception management.

We all know about particular NGOs and organisations of the likes of Greenpeace or Child Rights & You (abbreviated CRY), et al. That is particularly because of reputation building and PR activities.

Essentially, the strategy of importance behind the non-profit and in building its perception should be the story. If you really want people to love your brand, they will want to feel that connection. The exploits/spoils of the perception building game are, often, lost to lack of initiative, awareness among other reasons. Non-profits can greatly benefit from perception building activities. Just a small surf across social media of today will depict exactly how many causes or organisations exist in today’s date. Each and every one of them are competing for the same community support. The sad bit is that it’s getting harder and harder to get heard!

The idea of perception building is key to the elemental success of any non-profit organisation. One does not have to be an expert marketer as long as one pivots around the distinctive account/narrative. To conceptualise and execute your story is to disseminate and connect with the masses.

As long as you take a proactive approach to your branding, your ideal will benefit! NGOs also benefit from societal assurance, often fostered by the notion of oneness, especially approaching a typical ideal.

Wherever social reliance makes do/survives, the masses trust these non-profits, even without all of the facts and statistics. These act as trust-fillers for the lack of stats!

NGOs impact our community in several ways. From being the active implementer to assembling resources to mobilising funds, NGOs are involved in disaster management, poverty alleviation, skill development, clean food and water distribution drives, advocacy for human rights (including rights of women & children), fund-raising affairs, environmental causes, including general public welfare and development among other such noble initiatives. Some entities are also heavily involved in for-or-against political and socio-economic campaigning.

Assessment of the nonprofit concern’s initiatives are rarely imposed! Even when the actuarial data is amassed, are they even disclosed? To build the NGOs reputation, the organisation’s members may use or abuse the said data. It is times like these when the perception or the society’s goodwill towards the concern is at stake.

If the relation with the general public falters, the NGO must employ effective PR machinery. Just like individuals and businesses, the non-profits can also lose their social capital. To put an end to such an impactful loss, the concern has to do an effective crisis management campaign. That is when your PR firm comes into the forefront. After submissively maintaining your reputation, the PR consultancy can effectively place social messages in carefully crafted news pieces so as to aid in perception building, apart from the said concern’s activities and undertakings. I have a saying for such a phenomenon. A crisis averted is a successful perception buildup! Governments, especially in developing and emerging economies, face difficulties in promoting social development. Lack of such developmental initiatives is bad for the human development index. With a low HDI, the multiple facets of life won’t add up… We won’t survive! To keep a check on the rampant capitalism and the constant bypass of the flaws of the regulation systems in the world, we need non-profits. Concerns that will step in to ensure that humans are not taken for granted. Known to be qualitative benefactors to the society, NGOs ensure that they do their bit in combating society’s evils so as to make the world a better place to live in.

So, after this analysis, you tell me. Boon Or Bane. Your take? 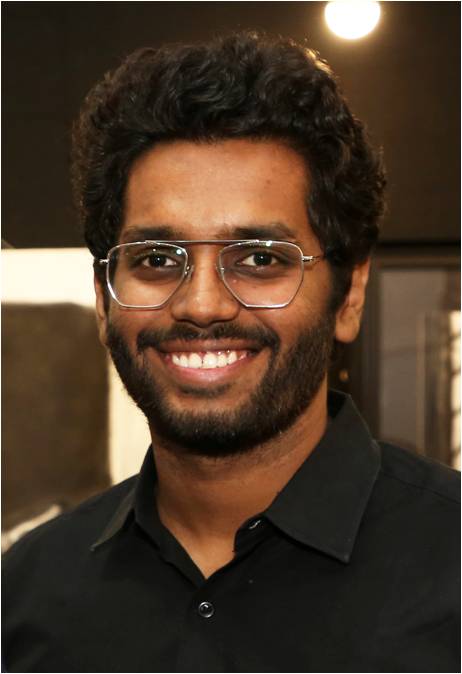 An audiophile by passion, a publicist by profession and a writer with an occasional block, Aatish Jaisinghani began his employment journey at a very young age when he was hired by an online business start-up that helped to pave the way for his further employable skills today. Currently working for Naarad PR & Image Strategists, a leading PR Agency in Mumbai, as Senior Executive - Media Relations, he handles large-scale, high profile events and celebrities. He has come a long way from a fresh graduate averse to employment!
SHARE TWEET PIN SHARE

Be the first to comment on "Perception management for the non-profit: Boon or bane?"