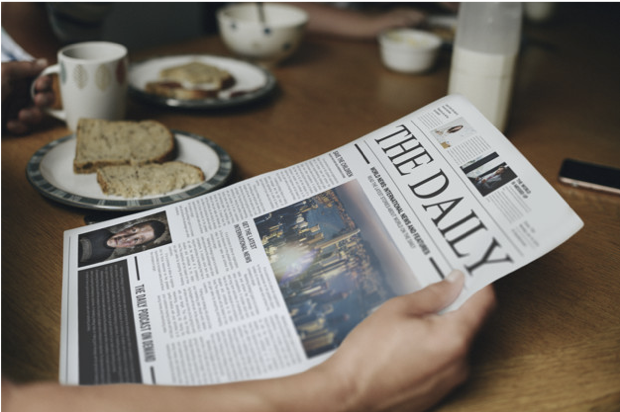 Life was good at ‘my advertising agency’ in the publishing house.

Good work was being done, and there was a lot of appreciation for the team.

The publishing group was also expanding, with new editions of their popular publications being launched in different cities.

The next big launch was to be in Kolkata, the city I grew up in.

On the anvil: Kolkata editions of the group’s business and Hindi dailies.

The campaign for the business daily was created and approved in no time.

It was the campaign for the Hindi daily that was proving to be quite a challenge.

Most of the creative (in Hindi), had to be cleared by the editor – once again a household name, and a revered figure, both within the group, as indeed in the country at large.

The audience for the Hindi daily in Kolkata was largely the expatriate Marwari community, who had settled down in droves in the City of Joy. One also had to contend with many others from states of the Hindi heartland.

After many campaign rejections, I don’t know what exactly came over me…I felt that I had to take a bash at writing the campaign myself. There I was, a Maharashtrian, who had grown up in Kolkata, and worked in Germany…so writing in Marathi, Bengali, or German, not to mention English, was not an issue.

I sought inspiration from my time spent at the Scindia School in Gwalior, where Hindi was spoken with great regularity. A major insight I had gained in my stay away from home was that I eagerly awaited news of my loved ones. Which used to come in the form of a good old inland letter. (The ones we had to lick, to stick.)

Why can’t we position the paper, which is bringing news from their homes to faraway Kolkata every day, like a letter from a loved one?

The lines for the ads flowed relatively effortlessly thereafter.

This was the tagline, and there were 4 ads in the campaign.

The copy of the ads was akin to letters written to one’s near and dear ones.

The art director then took over and did a phenomenal job.

Now came the acid test. We had to show these ads to the editor. When we went to meet him, he was dressed in his traditional cream kurta and white dhoti. He took a look at the ads, and asked very seriously, ‘Yeh kisney likkhe hain’?

A little fearful of what he would say, I raised my hand silently.

After what seemed like hours of silence, the editor got up, walked around the table to where I stood, and gave me a tight hug. ‘Bahut hi adbhut hain yeh ads. Mera dil se tumko abhinandan’.

On Cloud 9, we flew to Kolkata from Mumbai shortly thereafter.

The ads were released, the hoardings came up, and the excitement mounted.

The local media distributors and trade were also very excited about the reception the papers would get.

The evening before the inaugural edition, the client and I went to the printing press where the papers were to be printed. It was an outsourced job because my group had still not completed commissioning of their own press.

I was extremely nonchalant as we finished the tour of the facility (I was still enjoying the plaudits the advertising was getting) and returned to our hotel.

We (the client and me), were planning to go to the distribution areas at 5 AM the next morning to see how everything was shaping up so we called it a day by 9 PM.

Next morning, even before the 4 AM alarm sounded, there was pandemonium outside our room.

We opened the door to see a crestfallen circulation manager and a bunch of irate distributors.

Unable to get a word in edgewise, we called them into our room. And learnt that there would be no paper that morning.

You see, the printing press we had outsourced the assignment to, had broken down at 2 AM, and printing was not possible.

Thinking back, it was a disaster waiting to happen, and it did.

For me, Kolkata was no longer a ‘City of Joy’.

My first rendezvous with Knowledge Factory