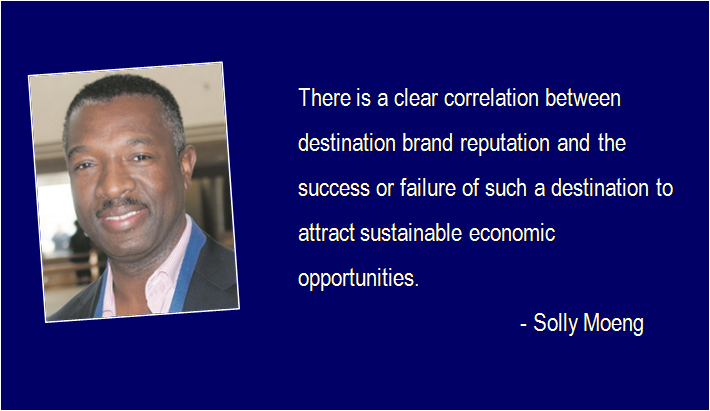 Villages, Towns, Cities, Provinces, Districts, States, Counties, Countries, Regions, and even Continents are destination brands, at least potentially. Depending on how they are managed and positioned over time, they can use their image to attract all forms of economic opportunities or they can discourage such opportunities from heading in their direction. Such opportunities can range from long-term investments by local or foreign businesses, business and leisure tourists, foreign tertiary students, scholars, or multilaterally funded projects in the fields of scientific research and other human endeavours.

But, before any of the above can happen, all brands, including destination brands, must satisfy four key requirements and have the following attributes:

The Case of South Africa

The end of apartheid in the early 1990s saw South Africans coming together from across several historic divides to build a united country, led by the inimitable Nelson Rolihlahla Mandela. It is also during that early period, in 1996, that a new Constitution and Bill of Rights, widely described as the most progressive in the world, were completed and adopted, following a protracted period of multi-party negotiations and development. It is in these documents that the Vision and Values of the post-apartheid South Africa were defined and remain enshrined. The Values acknowledge the need to heal the pains of the past and for the South African nation to hold hands and build for a better shared future, united in its diversity.

It helped a lot that Nelson Mandela was president in those early days. His leadership style also made it easy for those who were tasked with the international marketing of South Africa to do their work. Hundreds of foreign sportsmen and women, actors and actresses, musicians, artists, academics, powerful business men and women, politicians, former supporters of the global anti-apartheid project from across the world, etc., flocked to South Africa to experience in person the birth of the post-apartheid South Africa. The lucky ones even managed to meet and to be photographed with Mandela.

Many immigrants also arrived in South Africa from the rest of the African continent and other parts of the world, either in search of a better life for themselves and their loved ones or fleeing political persecution and prejudice in their countries of origin; especially members of the LGBTIQ+ community, having learned that South Africa had enshrined in its Constitution and Bill of Rights the protection of the rights of threatened communities, such as theirs. Others simply moved to South Africa to be part of an unfolding, exciting, promising, new African democracy.

All of these things made South Africa a beacon of hope for many. Africans in the rest of the continent and across the diaspora also saw in it a country that would restore their hope, as it was set to become a positive torchbearer for what was often described as the dark continent.

Country brands are very complex to manage. Unlike simple product, service or even the more unpredictable personal brands, they are impacted upon by a multiplicity of players and developments in politics, business, the arts, sports, society, education, international relations, health, etc. But, more than all else, leadership plays a far bigger role than many seem to understand. One should simply imagine Brand South Africa under Mandela’s leadership compared to the same brand under a different leader, e.g. Jacob Zuma or the current Cyril Rmaphosa; Brand America under Barack Obama and the same brand under Donald Trump, etc. The general, warm, global welcoming of US President-Elect, Joe Biden, following four years of isolationist Donald Trump, is also quite telling.

It is clear that the caliber, credibility and style of each leader will impact in one way or another over how the destination brand is perceived inside and outside. When residents of a city or citizens of a country are perennially unhappy with those who lead it, levels of unrest will rise and impact negatively on the potential of such a city or country to attract the kind of economic opportunities outlined at the start of this discussion. In this way, everything is linked.

In their destination marketing efforts, or their broader stakeholder engagements programs, brands are constantly trying to narrow the gap that exists obligatorily between brand identity – what brands want to be known for and associated with, on one hand and, on the other hand, brand image, i.e. the perceptions people make in their minds of the said brands. Such perceptions are informed by direct and indirect brand experience; hearsay; the images associated with the leaders/representatives of such brands; how the said brands are led; the faux pas made by the brands or those leading or representing them; how such faux pas and other issues or crises happening in their space get managed; the nature of media coverage of the said brands, etc.

In conclusion, there is a clear correlation between destination brand reputation and the success or failure of such a destination to attract sustainable economic opportunities. Destination brand managers who understand this and ensure that all measures are in place to consistently grow destination appeal over time stand a better chance of reaping good rewards than those who rely on spin and over-used marketing slogans in attempts to generate goodwill.

With Mandela long gone, the South Africa of the past ten to fifteen years had become reliant on over-used, ineffective, marketing slogans that had little to do with the reality on the ground. Fortunately, a slow return to the basics is beginning to happen, but it will need more time to regain credibility.

This article is part of a series of articles contributed by board members of WCFA. 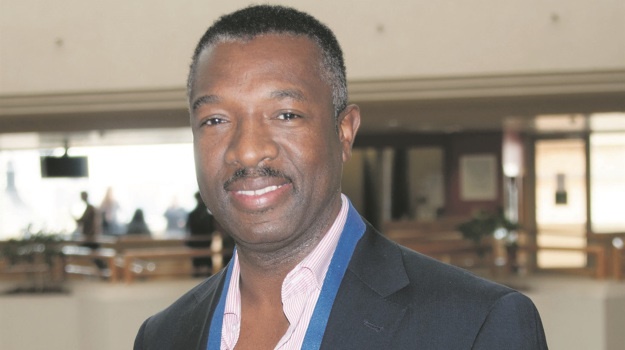 Solly Moeng is an experienced holistic brand reputation manager and media professional with specialisation in Reputation Management, Stakeholder Engagement Strategies, Strategic Communications, PR and Media Relations. Also French-speaking, he has lived and studied in France before moving to Toronto, Canada, and later to New York, USA, where he represented South African Tourism as marketing manager and country manager, respectively. He has travelled to many other countries around the world for speaking and consulting purposes.
Solly is also an experienced, regular, media commentator and columnist. As a destination brand management expert, he founded the fast growing ‘Africa Brand Summit’ – www.africabrandsummit.co - which he convenes annually.
SHARE TWEET PIN SHARE

Be the first to comment on "The Importance of Destination Reputation"

The new commonplace, for a better planet!