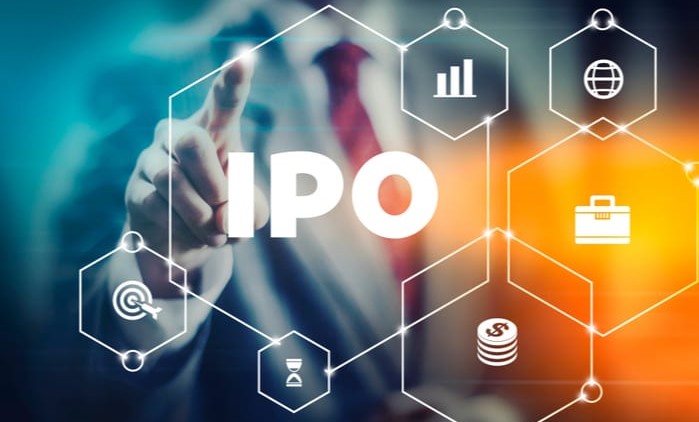 VA’s debate with Muhammed Yusuf at an event organised by the Clinton Foundation was done and dusted. VA, and his support of the ‘for profit microfinance’ model had won the day in the debate.

But that was the sideshow.

The preparations for the much written about IPO were under way.

We had the best PR firm representing us, and they could pull off success in IPO’s against almost all odds.

As a part of the promotion drive to create awareness for the IPO, our agency partner produced some memorable communication.

The media articles were also peaking. There were 4 designated spokespeople for the media interactions: DR (the CFO); SG (the CEO); MR (the COO); and, of course, VA (who was a poster boy by then).

VA was an enigma. While we had laid down stringent processes for media interactions, VA still could not say no to an interview request, and proceeded to give interviews to multiple publications. He was also in the middle of a messy divorce, and there was a battle being fought for his son’s custody. And VA made the mistake during one interview, where he veered off the messaging, and mentioned to a lady journalist from the leading daily, that his estranged wife was bipolar. Talk like that to a lady about another lady, made the journalist see red! She formed a perception that VA was not someone she could trust – a perception which gave rise to many a ‘negative’ story. A group of institutional investors had a long conversation with VA and asked him to desist speaking about his estranged wife. VA reluctantly agreed.

Speaking of institutional investors, there was a veritable who’s who of the best names backing the IPO. In addition to investors like Sequoia, Kismet, and Vinod Khosla, famous names like George Soros and NRN (founder of Infosys) were also brought on board. In fact, as someone famously remarked, ‘Everyone in the world wants MFI exposure – that is why they are buying/ investing in MFI’s the way they did in IT services 10 years back.’

The road shows began to packed houses of potential investors and analysts across the country.

The questions asked during the road shows were along expected lines:

We had a master who handled all these questions with aplomb….DR (the CFO). To me, he seemed a like a magician, given his mastery of the subject and his felicity with numbers.

The big day was approaching very fast, and the three lead bankers to the IPO (Citigroup Global Capital Markets; Kotak Mahindra and Credit Suisse), were keeping a hawk eye watch on what was being said (after all, a single word not featuring in the DRHP is not permitted by SEBI to be said after the DRHP is filed).

We were all nervous wrecks by then, but among a few (including the PR partner), there was quiet confidence.

The IPO was priced at the higher end of the price band which was between Rs 850 – Rs 985/ share. Some felt that it was too high, but as events unfolded, those who had fixed it were proven right.

The IPO was a smash success – it was oversubscribed 13.7 times.

The firm was valued at $1.6 bn. The price to earnings were as high as 40 times the earnings for 2010 – this valuation exceeded even that of the best performing banks!

Then followed series of celebratory parties leading to the listing which was scheduled for August 16, 2010.

For the listing event, VA had a brain wave. He said that he would invite the first 4 customers of SKS to sound the gong in the BSE. Something that had never been done before. So, these 4 ladies were flown down to Mumbai from their villages in the then undivided Andhra Pradesh. Their presence at the listing drew rave reviews from the media.

The next day just one photograph of these ladies sounding the gong went viral (as viral as you could get in 2010). Every channel, every newspaper featured this photograph with large stories backing them up.

In the weeks after trading, the share price went up by 42%.

The general feeling of joy was all pervasive.

I remembered all those nights sleeping on charpai’s looking up at the stars and wondering how my life had changed. I remembered the way we (my company’s team and our PR partner) had handled multiple challenging situations so well. I thought of the listing price…and also of the impact this would have on the lives of the poor whom the money from the IPO had been raised for. I thanked the Lord for his mercies at giving me the opportunity of experiencing something so different.

Make no mistake. We were all on a high. Our rise had seen no parallels, and was unlikely to do so in the near future.

Then, the roof fell in!

Neither the PR firm, not me, were told about this.

‘Irreconcilable differences’, was the official line we finally went with. Naturally, it was not enough. The truth would emerge later. We were not transparent enough and no one was buying our line. The stock fell 9% the day the SR’s announcement was made.

It was the beginning of the end!

Applying learning from Yagna in the corporate world- Part II

A gift for yourself