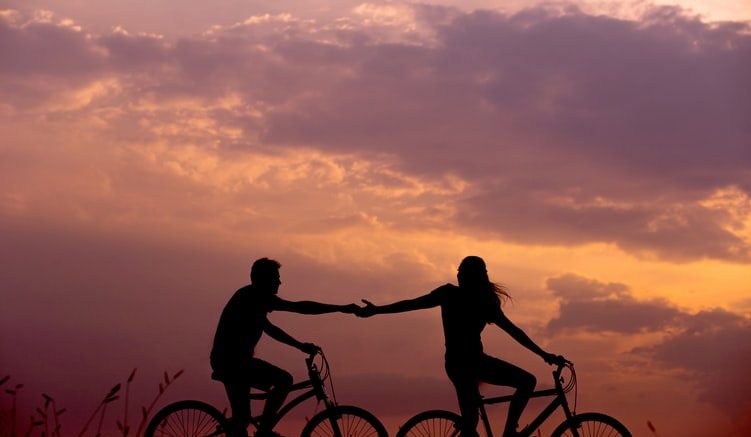 Atoms don’t stay single long: They quickly bond with oxygen in the air in a process called oxidation.

At 23, Stephen Hawking was dying. Well in a way, everybody is constantly dying. But at 23, you don’t think about it. He had a rare early-onset of a slow-progressing form of motor neuron disease that gradually paralysed him over the decades.

“The engagement saved my life. It gave me something to live for.” Stephen Hawking, said on his first marriage to Jane Wilde.

In our desire to be self-reliant and independent, we forego the most beautiful possibility that can be. The beauty of two versus one. The unity versus unit. The coming together of two potent forces to create a united force, which is far more powerful than two units operating independently.

Elon Musk in a 2017 interview (two divorces and a recent break up old):

“If I’m not in love, if I’m not with a long-term companion, I cannot be happy,” he told Rolling Stone. “I will never be happy without having someone. Going to sleep alone kills me. It’s not like I don’t know what that feels like: Being in a big empty house, and the footsteps echoing through the hallway, no one there — and no one on the pillow next to you. F–. How do you make yourself happy in a situation like that?”

Musk told Rolling Stone he’s struggled with loneliness since childhood. “When I was a child, there’s one thing I said,” Musk said. “I never want to be alone.”

It is not easy to combine. It requires you to let go of your identity. It also requires you to acknowledge what’s missing in you which can only be completed by the significant other. ‘One’ is not the idea that you are alone. It takes two equal and opposite halves to make a One. That one is special. It is not isolated.

We have done way too much propaganda proclaiming the importance of ‘I’. Carve out your identity, become independent, be free. Do not depend on others for your happiness. Be self-reliant. Depending on others makes you weak. It exposes you. ‘I’ is not one. ‘We’ is one. The sound of ‘we’ has strength inherent in it. It is potent. It’s a team. The battle need not be fought alone any more. We can do it together is always going to be better than I can do it alone. It takes two to create, starting with the most beautiful creation in the world, the child, or a home which is worth living. Or for that matter a successful business if you wish.

It takes two to complete. It was Shams who was on the lookout but it was Rumi who was found. They completed each other. Rumi was the answer to Shams unrelenting questions. Shams was the key to Rumi’s heart which was never the same, thereafter. Rumi wouldn’t be half as potent a Rumi if it wasn’t for Shams to come into his life. In fact, there is not much of a difference in Rumi and Shams. They come together, in packages of two. It’s better to call them Rumi Shams. Clever are those who name their children as Sitaram, not creating a distinction between Sita and Ram. In real life, however, people aren’t as clever. They look for happiness in solitude.

A leader, a gentleman and the man of the moment