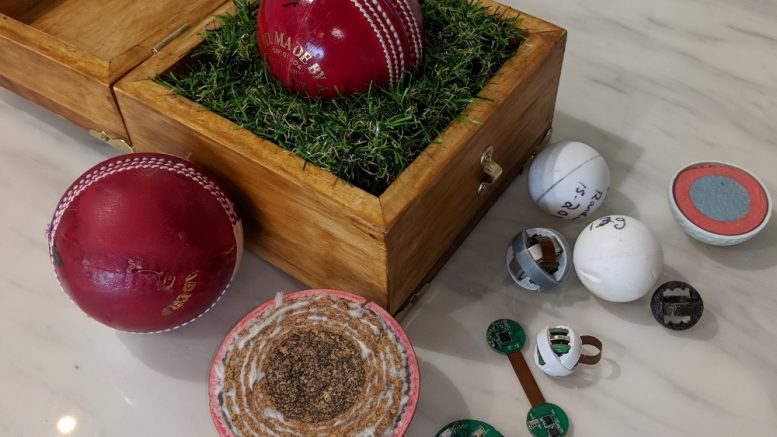 Last weekend, I received on WhatsApp a fine video made by an Australian broadcaster on cricket balls. Did you know they have developed a high-tech version of the red cherry that has embedded microchips? Gone are the days when a camera located on the middle stump to see a close-up view of the batsman or hear the knock of the ball was fancy. The future is about a cricket ball safely encasing a microchip that beams data on the speed and spin of a delivery and much else to the Internet to help umpires and spectators alike. This is a case of an old village sport meeting the Internet of Things (IoT).

Smart balls, they call them.

As a journalistic storyteller, the news fascinated me because it checked all the right boxes: It had novelty, it had innovation, it discussed technology, it sketched out futuristic possibilities and above all, it had a mass connection because it concerned India’s favourite sport that seems to touch emotional chords everywhere.

My own dipstick survey on Google News to check how media brands had covered the issue revealed  Jagran Josh and  Indian Express among those that had reported the news and none of the leading Indian news brands seemed to have got it.  My quick check showed the BBC, The Times of India, NDTV and India Today had missed what I thought was a great story. I could shut my eyes and imagine it as a prime-time TV news headline or a front-page anchor in a leading English newspaper.

I then went to YouTube and tried pretty much the same search. Presto! I found the news covered in Hindi, Urdu, Malayalam and English by amateur/niche sport channels with explanatory videos. They had text overlay, visuals and some nifty anchoring.

Is it any wonder that millennials like videos and  YouTubers?

It is clear that digital-age content and news requires a combination of alertness, effective use of technology and creative storytelling techniques that connect with the audience.

News and content were always about scouring the landscape and finding better ways of spotting and telling the story. New technology  increases both opportunities and threats in a competitive landscape. Smart media organisations are or will be those that understand this and organise their work-flows to enable higher degrees of efficiency.

I have more to say on the cricket story. The basic news offered by the Indian Express report  was based on a tweet from the maker of the smart ball two days before the Express story. The Express did a good job of writing the story well, but I do believe it (or anyone) could have done the story at least two days earlier. What’s more, Cricket Australia’s official website had put out a fine video on it on August 10 on the development, three days before the tweet from Kookaburra Cricket. To cap it all, I learnt the new smart ball was unveiled at Lord’s, the temple of cricket in London.

You could say a week had passed by with most Indian news brands (and probably global ones) caught napping at deep fine leg!

I might add that had I “caught the ball” earlier in a newsroom, I would have suggested a fascinating chronology on technology and cricket (from the use of helmets and stump cameras to the third umpire and shoes, perhaps). You could interview a retired Test bowler, a top coach or even a current cricketer if you are as smart as the ball in question to offer sidebar stories. A fine multi-media package on a favourite topic with hot-off-the-oven news is a distinct possibility.

All this has implications for newsrooms and content marketers alike. If you are one, you could use the relative lack of alertness of competitors to your advantage with some garnishings to give it an innovative push. With some luck, you could make it trend on social media.

You have to be quickfooted, though, like a smart batsman. And be alert, like a fielder at slips.

The Start-Up story in India; and What PR Does to it!

#RTSPECTRA – The Power of Connections in Enabling Purpose

The view from the other side