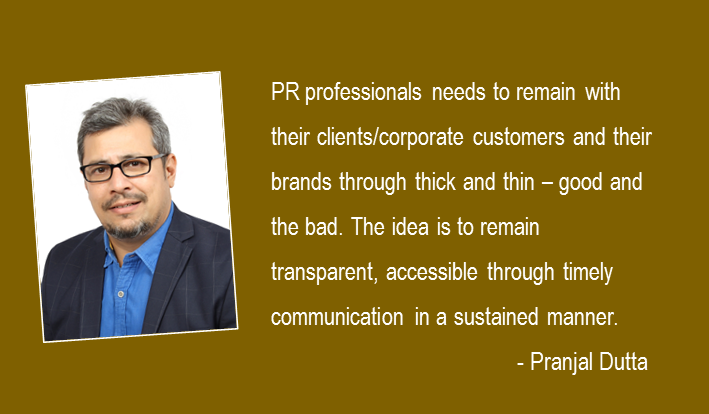 As we close in on the third Union budget in a period of twelve months, the Indian economy seems to have hit a major slowdown. While the India Ratings and research agency has projected India’s, GDP forecast at 5.5% in financial year 2020-21, others such as World Economic Situation and Prospects (WESP) quoted GDP growth estimates of 5.7 % cent in the current fiscal. Without delving into the specifics of whether its structural or cyclical, it is suffice to say that India Inc. has gone into a huddle in seeming preparedness for downturn which can be bigger than expected.

At this crucial juncture, sustaining Public Relations via strategic communication outreach will be paramount especially during a slowdown.

This statement says it all, which implies that investments during a down-turn will eventually reap great benefits in the long-term. Buying low and selling high is the mantra.

And finally deploying cost-effective PR Strategies, which look at traditional media, social media platforms with ever more engagement with influencers and micro-influencers can help lay out campaigns which are cost-effective, while maximising ROI. Besides recalibrating business strategies, companies will also need to account for a communication outreach during a slow-down policy to sustain value propositions of the organisations and their brands to reap rich dividends in the long- term. 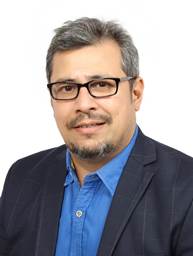 Pranjal Dutta is the Founder and CEO of Faction PR. With a career spanning over 18 years across Print media, Broadcast media and Public relations, Pranjal is a seasoned media professional. Pranjal has worked at top positions with many leading media companies and chambers including Bombay Chamber of Commerce & Industry, Balaji Telefilms, NDTV Media, CNBC-TV18 and O&M.
He led communication strategies and crisis strategies for global shipping major - Maersk , Inland logistics Service providers such as - APM Terminals and others. In the start-up vertical – he was the primary communication lead for Citrus Pay – until 2018.
SHARE TWEET PIN SHARE