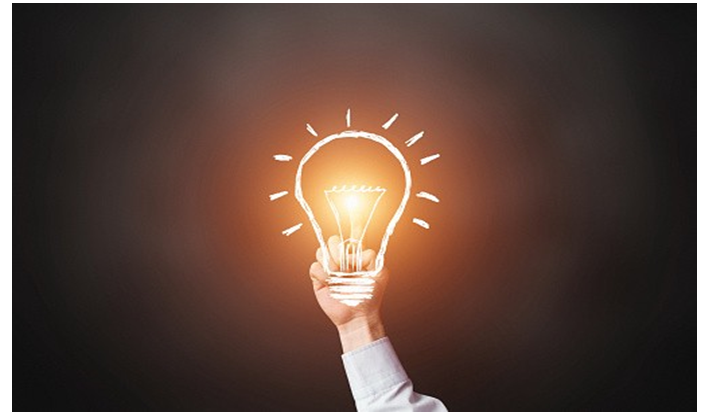 It is strange how, when and where all of us have an idea. A ‘Eureka’ moment.

This anecdote is not about Archimedes, but about a trip I made to Chicago during the time I was Marketing Director for India at the second largest consulting and IT services firm in the world.

It was the time I discovered my ‘Eureka’ moment.

My firm was registered in Bermuda at that time (2005). I hear that they have now made Ireland the place of incorporation and added a plc to their name!

The flight to Chicago was uneventful, except for 2 interesting happenings.

The first was when we were landing at O’Hare airport.

O’Hare then had 4 parallel runways, so it was an extraordinary moment when I saw 4 aircraft landing at the same time…obviously on different runways.

When I went through the immigration, I was just asked one question.

‘Where do you work’?

I mentioned the name of my firm and was waved through. One comment from the immigration/ DHS officer was revealing.

‘You guys have designed our entire software and done a great job’.

I felt nice at hearing this, and the entire journey to the hotel, I was feeling good at working for this wonderful organization.

I had a few meetings lined up for the next day, so I made a few calls. To my surprise, I was told by all three of the folks I was scheduled to meet that they would reach office by 12 noon, post which the meetings could take place.

‘Atul, most of us are working from home these days, so it will take us some time to reach office’.

Mind you, this was 2005, and Covid-19 was not even on the horizon. But here was an organization which encouraged working from home. They had also given every employee a special allowance to set up a home office! And as I discovered later, the system was a success and we were more profitable than ever before.

I landed up at our Chicago office shortly before noon. (Chicago was generally seen as the corporate HQ, though as I mentioned earlier, the firm was registered in Bermuda).

On entering, I saw rows and rows of workstations. All vacant.

The thought crossed my mind that WFH is actually great (at least when no lockdowns exist). And I was delighted that my firm was probably the first one to have taken the decision and show that productivity increases.

The people I was supposed to meet arrived at noon.

Introductions, and pleasantries over, the marketing services lead for the US came to the point.

‘Atul, we need help. Do you have a creative services unit in India? We are getting a lot of clients, who are asking us for multiple design and content services. If we offer them in the USA, it will be frightfully expensive. How can you help?’

I told her that we were also dealing with outside design partners, which were not ad firms, to get some of our work done in India, but they didn’t have the scale to cope.

‘Let me think about this, and respond in a couple of days’, I said.

That evening, back in the hotel, I was exploring multiple ways of helping solve the challenge facing the US team.

I was sipping my favorite beverage when the ‘Eureka’ moment arrived!

I realised that this problem of high costs being faced by the US would be similar to what our firm must be facing in Western Europe as well.

I then took a leaf out of the IT service delivery model. A majority of clients were sending their work offshore because it was much cheaper to get it done in countries like India.

Why couldn’t a similar model which offered creative services to clients globally from India work?

All we needed to do was set up a separate unit, which would also function as an independent profit center.

The more I thought about it, the more excited I became.

Keeping the time difference in mind, I called both my functional head in the UK and my geographic services head in India. I shared the concept with them and said that I would mail them a concept paper the same night.

Both were as excited as me, and both gave their go ahead immediately.

The next day, I met with the US marketing services lead and told her the solution. I also mentioned to her that this had the approval of both my other superiors. She, too, was delighted and asked, ‘How soon can this be operational’?

I then did a quick call with some of my team members back in India and asked them to create an ad which would say that our firm was hiring art directors and content people immediately. I gave them the context and they all bought into the idea.

Before I returned to India, the ad had been released and had drawn an enthusiastic response.

It was decided to house this service in Gurgaon.

Rate cards were finalised. People who had joined were assigned roles. A senior person was taken on board to head the unit.

We went live with the service in 52 days! And were profitable in the first year itself.

And so was born what is probably one of the first creative services offering from a firm which specialized in Consulting and IT Services.

Be the first to comment on "A Eureka moment!"

Trust – The new currency for brands and organisations today

What should ‘ABOUT US’ ideally say about us?