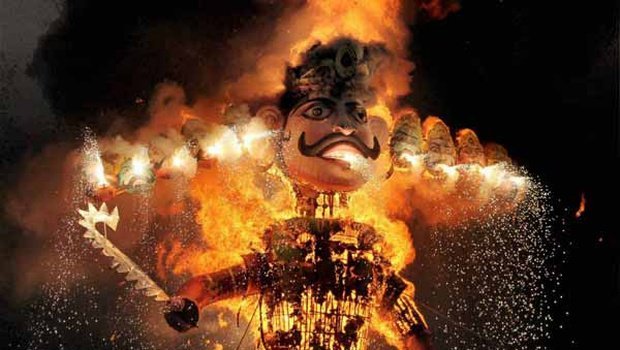 In my previous article, I had looked inside Ravan’s five heads (covered five instincts dissected in the book Factfulness by Hans Rosling. In this article, I cover the next five heads, i.e., the next five reasons why we are wrong about the world – and why things are better than we think.

The Generalisation instinct: Unconsciously everyone automatically categorises and generalises all the time. The necessary and useful instinct to generalise can also distort our worldview. It can make us mistakenly group together things, or people, or countries that are actually very different. And it can make us jump to conclusions about a whole category based on a few, or even just one, unusual example.

Factfulness is recognising when a category is being used in an explanation, and remembering that categories can be misleading. We can’t stop generalisation but we should try to avoid generalising incorrectly. To control the generalisation instinct, question your categories.

The Destiny Instinct: The destiny instinct is the idea that innate characteristics determine the destinies of people, countries, religions, or culture. It’s the idea that things are as they are for inescapable reasons: they have always been this way and will never change. This instinct makes us believe that some false generalisations are not only true but are unchanging and unchangeable. Historically, humans lived in surroundings that didn’t change very much. Learning how things worked and then assuming they will continue to work that way rather than constantly reevaluating was probably an excellent survival strategy.

Factfulness is recognising that many things (including people, countries, religions, and cultures) appear to be constant just because the change is happening slowly, and remembering that even small, slow changes gradually add up to big changes. To control the destiny instinct, remember slow change is still change.

Factfulness is recognising that a single perspective can limit your imagination, and remembering that it is better to look at problems from many angles to get a more accurate understanding and find practical solutions. To control the single perspective instinct, get a toolbox, not a hammer.

The Blame Instinct: It is the instinct to find a clear simple reason for why something bad has happened. We like to believe that things happen because someone wanted them to, that individuals have power: otherwise, the world feels unpredictable, confusing, and frightening. The instinct to find a guilty party makes us exaggerate the importance of individuals or of particular groups and derails our ability to develop a true, fact-based understanding of the world.

Factfulness is recognising when a scapegoat is being used and remembering that blaming an individual often steals the focus from other possible explanations and blocks our ability to prevent similar problems in the future. To control the blame instinct, resist finding a scapegoat.

The Urgency Instinct: Hans argues that urgency is one of the worst distorters of our worldview. The urgency instinct makes us want to take immediate action in the face of a perceived imminent danger. It may have served us well in the distant past by saving us from predators. It makes us stressed, blocks us from thinking analytically, tempts us to make up our mind too fast, and encourages us to take drastic actions that we haven’t thought through.

Factfulness  is recognising when a decision feels urgent and remembering that it rarely is. To control the urgency instinct, take small steps.

Hans warns us against the urgency instinct and also gives the example of this book, telling the reader that it is okay to put the book down midway and then pick it up after a month or a year to finish it as it is never an either/or scenario. However, I would like to contradict him and my suggestion to you will be to buy this book NOW, even if you don’t have any plan to read it in the near future. This book ranks very high in my list of books to read for self-development. If you have it with you, chances are that sooner or later, you may pick it up and read it!