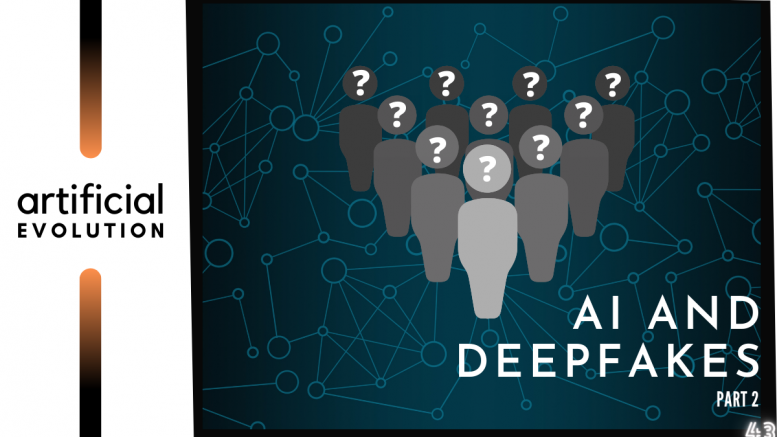 This is part 2 of the essay – AI and deepfakes.

Last week, we laid down context to what deepfakes are, their use-cases and how it’s shockingly easy to make them. It is, however, important to know the future and legal framework about this subject.

According to a recent blog on the Journal of Indian Law and Society:

“In India, there is no rule or regulation that directly or specifically deals with deepfakes.”

There are some provisions under the Right to Privacy covers ‘informational privacy’ about information that is personal to him/her. Under Section 66E of IT Act 2000, if there is intent for knowingly capturing, publishing or transmitting image of an area or person without consent, it could lead to imprisonment or a fine up to Rs. 2 lakhs. Impersonation and identity theft under Section 66C and 66D o the IT act can also be imposed based on the offence. Finally under sections 67A and 67B, there is punishment for use of publishing and transmitting sexually explicit conduct in electronic form especially if it depicts minors.

So what’s next then?

With audio and video editing software being aided by active AI decision making, deepfakes will probably become so sophisticated that even discerning viewers may not be able to spot the real from ‘unreal’. A couple of trends might begin to show form:

1. Licensing people: Yes: People. When a producer makes a film, TV show about an individual or a writer publishes an autobiography, most often, they buy that individuals life rights. Essentially the right to discuss your life for profit. Bojack Horseman, a Netflix animated comedy, talks about this in one of their season 3 episodes when the titular character cannot make it to set and the producer (voiced by the same actor as JJ Jameson in the original Spiderman) just scans his body and face and then says, “Don’t worry about it, we’ll fix it in post. We got him scanned.” The day is not far where we could shoot an actor from enough angles and use AI to make him or her say, do or behave in the way the story demands and all the actor has to do is sit in their mansion and sign a cheque. No more set visits required. Some early examples of this are Dwayne Johnson in the second Mummy movie and Jeff Bridges in Tron Legacy.

2. Increased misinformation: Politically or otherwise, there is cause for concern that deepfakes can create a sizeable amount of incorrect information that may seem believable or be used to discredit an individual. According to BBC, Deepfakes have an inverted problem. Not only does creating ‘fake news’ based videos create havoc in the audience’s mind, but the mere fact that they exist could be used to discredit genuine video evidence.

Wait, hang on. Is it a problem for me or not?

Deepfakes have pros and cons. I’d be honest, I’ve had probably the most fun writing this piece. I must’ve viewed north of 50 different deepfakes of varying complexities and finesse. It’s good entertainment, sure.

Still, there is overwhelming evidence that deepfakes are used more for ‘not so nice’ reasons.

2020, amongst its other monstrosities, made deepfakes mainstream. We need strong policy decisions starting from the social media companies to governments and even AI-based corporations to create fair use doctrines and internal guidelines for content distribution.

For us, the average internet user, deepfakes may not be that much of a problem as they usually crop up only during elections and or we hear about them in articles like these.

In a previous essay about data privacy – You are the product we mentioned about how our data is not just ours to keep anymore. Remember that deepfakes start from badly morphed videos to sophisticated content like this.

Your face is part of your identity.

What makes ‘what questions’ so powerful?

This alphabet order is all wrong honey