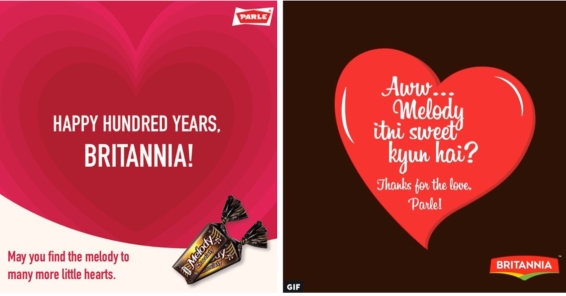 When Congress president Rahul Gandhi went and hugged Prime Minister Narendra Modi in the Lok Sabha this year in an ostensible message of love, it did not go down well with the Bharatiya Janata Party, while it spawned memes, jokes and dubious remarks on the social media.

However, when India’s cricket captain Virat Kohli and his team mates shook hands to congratulate English cricketers a few days ago after being defeated by their hosts on in a Test series, it was a moving sight in line with the spirit of the gentleman’s game.

The contrast is clear. Politicians treat their rivalry like war, while sportspeople, especially cricketers, like to treat this as healthy competition. Or at least often try to.

Where do business and brands fit in? My honest answer is “It depends” but it became clear to me last week that sometimes, brands do their best when they behave more like gentlemen cricketers than catty people backbiting in soap operas — although that is quite common in the brand game.

Last week, we had the wonderful spectre  on Twitter of the Parle group that makes Melody chocolate-laden toffees publicly congratulating rival Britannia Industries Ltd for completing a hundred years, much like fielders applauding a century-maker in Test cricket.

Parle wished Britannia by saying, “May you find the melody to many more little hearts,” evidently punning on its own toffees and Britannia’s biscuit brand, Little Hearts.

Britannia took  the compliment in style by asking that loaded ad question: “Aww. Melody itni sweet kyun hai?” Parle responded back with its famous punchline: “Melody khao, khud jaan jao.” (Eat Melody and Know It Yourself). It was a cute little episode in the life of social media.

The positive comments below brought forth the following insights.

Above all, this underscored what ought to be a core value — that rivalry between brands is more like sport and less like a military conflict.

Brands compete with each other. They are not necessarily at war.

I confess it is purely a coincidence that I am having kind words for Parle for the second time in a year.  To make up in true journalistic style, let me recall the days in the early 1990s when Parle was a spunky player as it tried to stop the entry of Pepsi Cola into India to defend its Thums Up brand. Stories were regularly planted by a Parle executive to undermine Pepsi in the government’s corridors in a vicious game of lobbying. Parle eventually sold the Thums Up brand to Pepsi’s rival Coke.

During the Wills World Cup cricket tournament in India in 1996, Coke spent a lot of money by becoming its official sponsor, but Pepsi stole its thunder with a brilliant ad line “Nothing Official About It.” It deployed celebrities to say that line.

As a case study observed: “The severe damage caused by the ‘Nothing Official About It’ campaign prompted Coke to shift its advertising account from McCann Erickson to Chaitra Leo Burnett in 1997.”

Coke later hit back by taunting Pepsi’s ads that featured a monkey with the line: “Don’t be a bunder. Taste the Thunder” — ‘Taste The Thunder’ being the punchline for Thums Up.

The case study says “the advertising agencies of both these companies (Chaitra Leo Burnett for Coke and HTA for Pepsi) were also reported to have insiders in each other’s offices who reported to their respective heads on a daily basis.”

Awards are not the be-all and end-all of life