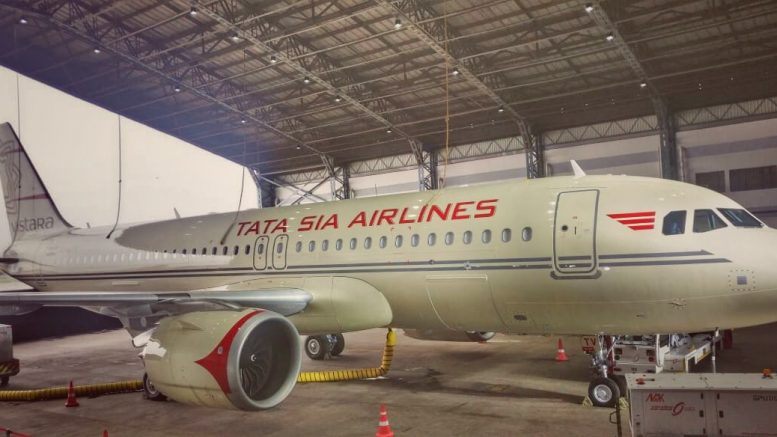 I was pleasantly surprised when I woke up on September 1st to see conversations on Twitter around the RetroJet by Vistara. For the uninitiated this is a very cool idea. One that India’s youngest airline picked on and built out very well. Anyone of the existing airlines could have done something similar but Vistara had everything going for it to do this. They had managed to keep it under wraps, which is a big deal. The entire livery (the exterior of the aircraft) was designed and painted to resemble the aircrafts from the House of Tatas, which later became Air India in order to celebrate 150 years of the Tata Group and honour the legacy of JRD Tata. This was done in style with cabin crew dressed to resemble the crew of that era. With dresses and hats of vintage.

Well, this was media event where there were aviation bloggers as well who shared glimpses from the event. But it created curiosity and excitement among several customers and potential customers who were watching the proceedings online. They even managed to get VT-ATV (a palindrome) as the aircraft name similar to the one that JRD Tata piloted many decades ago. Retrojet is a concept that is common among international airlines where one aircraft is painted with one of the original designs to create a look from the history books. So what all can one learn from all of this that can be applied to Public Relations?

Well, I travel to Mumbai on most Wednesdays between August and October and I was scheduled to travel on 5th September. As luck would have it this aircraft was scheduled to run on the said day and I was privileged to be on the flight. I used my miles to upgrade to the highest class and it indeed was a celebration up in the air. The interiors were the same. But the sparkle in a brand-new aircraft on its first commercial flight is always a delight. The food was thematic with the main chef on board to take customer feedback. The cabin crew were dressed in a special uniform that will be used a few times a year to commemorate special occasions especially around JRD Tata. The marketing and corporate communications team were on the flight. I am not a believer of brand loyalty. But this airline has got its act together and brought in a new dimension to public relations.

Engaging with cricket, health and an old world charm!