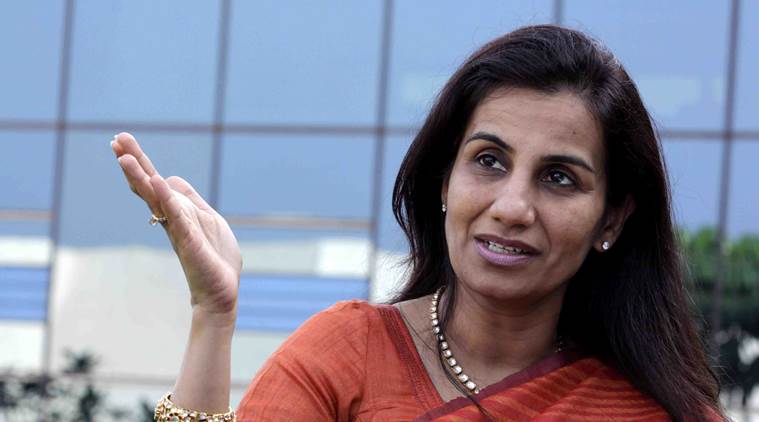 One big question that came to my mind last week after the Central Bureau of Investigation (CBI) named Chanda Kocchar, the former CEO of ICICI Bank, in a case involving alleged illegal gratification in exchange for a loan to a company associated with her husband and linked to the promoters of Videocon group was: can the CBI be sued for defamation?

Here are some basics for those who confuse the CBI with the law: the bureau is India’s federal police, and under journalism’s basics, a police version does not equal the final word. Law enforcers are not the same as jurists and investigators do not amount to judges. Whenever the police says something it is actually a claim, not a proven fact, until decided otherwise. Therefore, there are questions linked to whether and how we can disseminate or publish details on an alleged irregularity in a bank.

A bank lends to all sorts of people. Technically, a loan is not a free grant but something transactional in nature. In the Chanda Kochhar case, in my opinion, there was a serious need to investigate her behaviour from the point of view of corporate governance and best practices but criminal misconduct is a different kettle of fish. We have recently had the strange case of Carlos Ghosn, the ousted chairman of Renault and former CEO of its partner Nissan, who is being investigated in a Tokyo jail on criminal charges in matters related to corporate payouts. Criminality in corporate dealings is a sensitive matter because a number of dealings take place under the authority of corporate leadership or in an atmosphere of trust where a CEO makes or does not make decisions in grey areas involving discretionary powers.

However, when a CXO is named publicly and implicitly shamed through police chargesheets or, as in the case of Ms. Kochhar, a first information report, I do believe it is the duty of the police (in this case the CBI) to make sure there are solid grounds to prima-facie establish something more than a corporate irregularity. CXOs are known to be sidelined or sacked for management errors, but to take the matter to criminal law potentially involves undermining the reputation of the person in question. This can put careers at stake and the police must share the responsibility to ensure no reputation is under an unfair threat and causes losses in missed opportunities, time spent or stresses undergone.

In journalism, especially in organisations such as Reuters with which I have had a long association, libel laws are taken seriously. Words like “alleged” and “claimed” exist to ensure that the police version are not taken to be gospel. By the same yardstick, an “accusation” is not a “charge” and certainly not a conviction.

Now, in sexual harassment or rape cases, it is considered a best practice not to name a person said to be a victim. By the same logic, should we consider some best practices for the CBI on how to disseminate information? The fact is that CBI charges are usually not made public in a formal way but every reporter worth her salt gets copies of FIRs or briefings easily. From there to public trials on social media are only a step away.

I know this gets tricky here. Personally, I think every case depends on the detail, and be it the media or the CBI, words should be used carefully so as to not slander a person without reasonable ground. Without the media stepping in with exposure, serious cases can be buried or forgotten. But, if the media is not responsible, unfair libel is a clear and present danger.

In the Chanda Kochhar case, I have previously argued that ICICI Bank’s conduct is a case study in investor relations management because there was no doubt in my mind that some of the issues involved disclosures and corporate governance ethics without a shade of doubt.

Let me quote myself from my previous column:

More important … are perceptions on the case involving an alleged conflict of interest in which Ms. Kochhar’s husband Deepak is said to be intertwined through a complicated parallel investment relationship with Videocon, which borrowed huge amounts of money from a consortium that included ICICI. This is of interest to both depositors and shareholders. Since the loan in question turned bad, eyebrows are bound to go up.”

Now, in the wake of two Supreme Court judges last week recusing themselves from a case involving the CBI because they had or seemed to have potential conflicts of interest, it is becoming clear that corporate best practices require a similar framework. But it is my belief that corporate power structures and processes, especially in India, are not mature enough. For all we know, Ms. Kochhar’s conduct in being a silent member of a panel that approved a controversial loan in a consortium may have stemmed from either naivete or through a firm belief that her husband’s independent dealings have nothing to do with her.

Here, grey areas loom large. No wonder no less than finance minister Arun Jaitley took to the social media from his sick bed in the US to effectively throw a rock at the CBI, calling its conduct in the Kochhar case as an instance of “investigative adventurism.”.

The CBI named former ICICI Bank chairman K.V. Kamath, current ICICI CEO Sandeep Bakshi and senior officials of Tata Capital, Goldman Sachs and Standard Chartered Bank among those who need to be questioned in the case of criminal conspiracy.

It brought back memories of 1985 and 1986, when the then finance minister and later prime minister V.P. Singh supervised income tax raids on well-known tycoons, inviting charges of unfair shaming. The government later stopped publicly naming industrialists who were raided.

Is the CBI under the Narendra Modi government doing something similar to V. P. Singh in gaining positive mileage for itself through the FIRs? With Jaitely batting for fair play, I think not, but it is clear that both, media people and sleuths, need to be taught the difference between various shades of irregularities and how to communicate them.

Leadership in the times of Corona