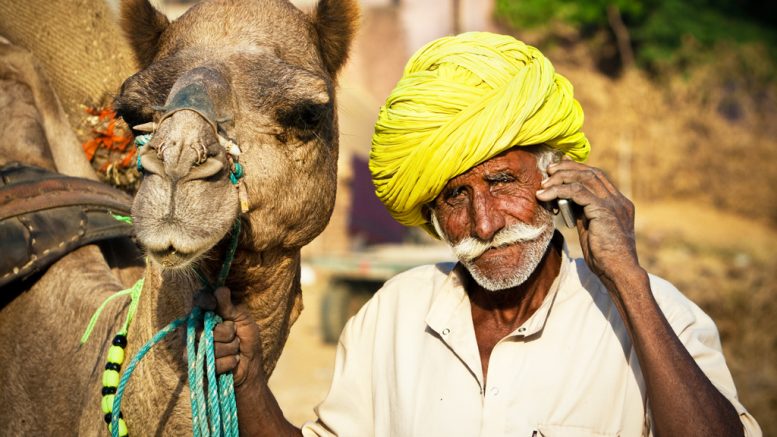 There’s an employee of the Irrigation Department in the Ministry of Water Resources in a part of rural India (I can’t be specific here because it’s a true story), whose only job is to sit by a tube-well, and record when it was switched on and when it was turned off. That’s a government employee with government benefits and possibly a substantial pension.

I’m sure several of you can theorise hundreds of ways in which this method can be replaced with something more time, energy and money saving. Not to mention eliminating human errors and achieving greater level of accuracy. Then why hasn’t any single one of them been implemented by the Government of India?

The answer is below, along with the scope of technology in greater (e-)governance. But first let me give you two key reasons what the public relations and public affairs community has to do with it in the first place.

Why is this a part of public affairs?

We will discuss the first kind in great detail, because of its larger impact and role that reputation management practitioners play in it. As technology and internet penetrations boom, tech-based platforms will be at the centre of delivery of government schemes and feedback to governments. Here’s a wonderful list of Five Ways Technology Is Improving Public Services compiled by Ravi Kumar for The World Bank.

The PA professional of tomorrow may need to use these platforms to suggest the simplest solutions to issues. Therefore it is important to look at the stage where were are right now, the roadblocks to technology adoption by governments and citizenry, and how they may be overcome.

At the outset arguments can be made about the perceived benefits or costs of technological intervention. Quite frequently such intervention is seen to take away jobs. That employee of the irrigation department can be replaced by a small device, but he will be jobless as well. Or, as what frequently happens in such a semi-socialist state as ours, the employee maybe given another job. Neither of these are favourable outcomes.

Another challenge is transparency, which is a by-product of technology. Too much of it is not good either. Karnataka Government, for instance, created a dashboard to track their performance on their various KRAs. This just brought attention to areas in which they seriously failed. And this could be true for many government units/initiatives.

The excessive bureaucracy has retarded the potential of several government schemes. Their necessities is a separate debate, but the status quo is that it takes a while for an idea floated to become reality.

All civic tech innovations in a government entity begin at this level – understanding the situation. Who are their beneficiaries? To what extent has a particular scheme been delivered to them? To what extent is technology available or can be introduced to them?

The reality is this – we have a scarily limited data as far as government services and citizens are concerned. It’s unlikely that the government has an accurate picture of how many driver’s licenses have been handed. And if there is data, usually data collectors and data user are different, which creates differences that can make data unusable. This lack of intelligence to work with, at the outset, makes it difficult to envision the exact fitment of the innovation.

Readiness of the government apparatus

Technology adoption starts with the primary stakeholders’ understanding of technology. Often there is resistance to jump into the space with limited knowledge of it. Flexibility or lack thereof to roll something out is the next big hurdle.

It’s quite surprising that one of the largest government apparatuses in the world does not have a robust HR and L&OD function. If the buck of scheme delivery and automation stops at the bureaucracy, they should be regularly trained, and on an average trained to understand the ecosystem better than their citizen counterparts. UI and UX are complex areas and therefore substantial training may be needed to help bureaucracy push technological platforms.

A final challenge comes in the form of how such introductions are made: introduction is top-down and that’s why simply replicating a model from the corporate sector won’t work. The latter has been built from within.

Having listed these challenges, it is worthy to note that in many areas, citizenry and governments have managed to bypass these challenges altogether and built their own tool for governance. We intend to cover many such success stories in detail, but here is a quick overview:

It is evident that tech disruption cannot be forced into a need gap, and must ideally be grown organically. Some conditions might enhance the likelihood of such disruption – for example greater incentive and freedom for citizens to innovate. Open sourcing data and platforms can speed up plugging this gap. Industry-academia collaboration can commercialise the innovations and enhance likelihood of these coming to life.

In the next few columns we will discuss some of these conditions in greater detail and see how civic Ujala App tech can be introduced to bring about change in a more responsible and efficient way.

Can you think of any other government tech platforms that are good/bad examples? Leave a comment below or tweet to me @HemantGaule and I will cover them in State Craft.

Despite Mark Zuckerberg’s privacy conversion, he’ll always be a slave to the ‘long tail’