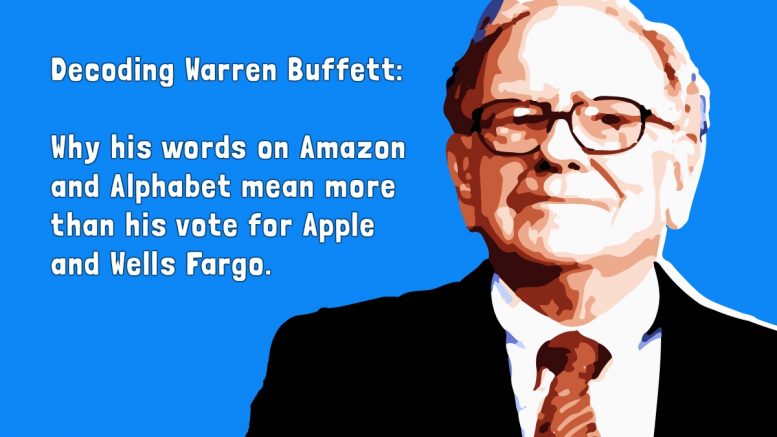 References are a funny business — a bit like offering guarantees to loans. Although a loan guarantee typically does not involve a cost to the guarantor, when the loan runs into trouble, the guarantor tends to suffer. That involves money and is easy to measure. In the case of references, a good reference enhances the reputation of one who is recommended or endorsed — while a bad one may come back to bite the endorsing entity.

And strange things happen when someone with a good reputation defends someone with a not-so-good one, and that comes with the probability of both getting hurt.

These thoughts came to me last weekend when legendary investor Warren Buffett held his annual jamboree of investors hosted by his investment company, Berkshire Hathaway, at his hometown in Omaha. Apple shares went up after Buffett revealed Berkshire had significantly stepped up its stakes in the iPhone maker in a vote of confidence. At the same time, Buffett had to defend tough questions on Wells Fargo, in which Berkshire holds considerable stakes because the bank has suffered on counts of management misconduct linked to incentives. The Berkshire boss acknowledged a “cardinal sin” by Wells Fargo even as he stood by the share.

Buffett also said good things about e-commerce giant Amazon and Google-owner Alphabet even though Berkshire does not own their shares, calling Amazon a ‘business miracle’ and saying he was wrong on both the giant companies by not investing in them.

Looking at all the three statements from Buffett from a journalistic viewpoint, I would say Amazon and Alphabet have got a better brand endorsement for investors at the Omaha meeting than Wells Fargo or for that matter, Apple. Here’s why. Berkshire cannot be talking down Wells Fargo when it already owns stakes in the bank. So Buffett’s defence of the company was but natural. Anything else would have brought down the shares in the same way that Apple shares went up because Berkshire had bought more of the company. On the other hand, the rise in Apple stakes preceded Buffett’s revelation. In that sense shares going up on his words after Berkshire’s purchase is good for his own company.

A good journalist would discount Buffett’s cautious support for Wells Fargo and would give a meaningful smile at the way he spoke positively on Apple. In one case he was controlling potential losses for Berkshire while in the other he was boosting its profits.

However, in the case of Alphabet and Amazon, by acknowledging he had missed a bus or two, Buffett gave them an endorsement relatively free of any immediate prospect of gain or loss for himself. In that sense, a journalist should take more seriously Buffett’s words on these two technology giants.

Please note that in speaking on Apple and Wells Fargo, Buffett carefully hedged his words. On Apple, he was hinting that he would like to buy more of its shares only if the price went down and in the case of Wells Fargo, there was an undertone of caution.

“I see no reason to think Wells Fargo, going forward, is anything other than a very, very large, well-run bank that had an episode in its history it wishes it didn’t have,” Buffett said, underlining a “I-hope-it-is-only-a-bad-blip” attitude.

Overall, a journalistic approach would always wonder whether the source is reliable — even if that source is a trusted and hugely respected man like Warren Buffett. But Brand Buffett is enhanced when his own positive words are measured rather than effusive and his optimism is cautious rather than blind.

Be the first to comment on "Decoding Warren Buffett"