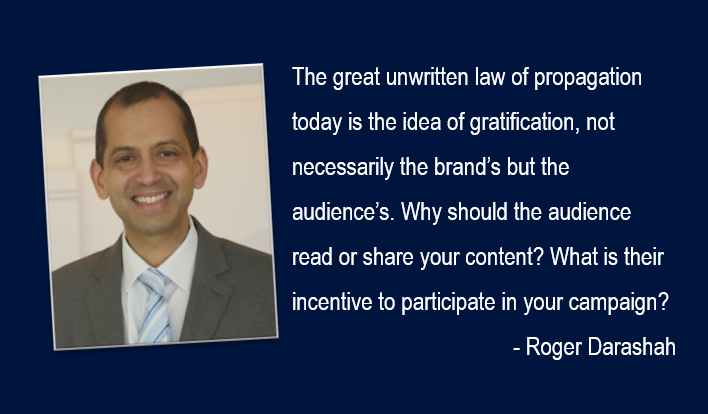 Recently I read with incredulity reports of Mark Zuckerberg’s call for stricter, European-style privacy laws to regulate social media.  This, after all, from the founder of a firm whose business model is based on tracking users’ every conversation, movement and relationship; with, in some cases, some unintended results. According to a notorious expose published in the Washington Post, Facebook uses up to 100 personal data points on subscribers to anticipate preferences and target content (advertisements) accordingly.

Such algorithmic ‘intelligence’ has led to Facebook targeting recently bereaved parents with baby-related advertisements, sex aids family-based community groups, and – unbelievably – using the image of a recently-deceased women in a dating promotion (Find Love in Canada)!

Facebook is the logic of the ‘long tail’; if you propagate sufficient content, a proportion of it will stick. If you add some element of targeting, that proportion will only increase. Collateral damage (inappropriate, irrelevant . . . offensive content) is an inherent aspect of this model. It’s a percentage game, the ‘Infinite Monkey Theorem’; if you leave a troop of monkeys alone with a typewriter long enough, they’ll end up writing the complete works of Shakespeare. It’s just a question of time (or, how long you are prepared to wait). This is the ‘curse of the long tail’. In Facebook’s case, for time think content – pump enough of it out and eventually there will be a return.

Facebook’s model is based on the antithesis of privacy; a state of affairs epitomised by the following:

Looking at this state of affairs rationally, I would suggest that relying on such an approach implies significant risk for a brand. If your communications is based on bombarding, tricking or gaming your way into people’s timeline, then reputational risk is inevitable.

Tim Lindsay, CEO of D&AD, the global creative and community for the advertising sector, beautifully conveyed everything that’s wrong with the curse of the long tail in Campaign magazine. He describes the unwritten contract that used to exist between advertiser and recipient as the basis of the mutually beneficial (or, at least, acceptable) relationship:

The advertiser (gave) the viewer a small gift – usually of entertainment or information – in return for which the viewer or reader gives the advertiser the gift of their attention. After which he or she may or may not (have) change(d) their behaviour. And (bought) something. This was a contract people understood and advertisers – the good and clever ones – respected.

Today, this contract has been entirely abandoned in favour of long tail hell. Brands and agencies are colluding to reduce their relationship with consumers to simple attrition; content versus ad blockers. Sure, there is plenty of counsel out there, from mathematicians to strategic consultants, from social media upstarts to agency monoliths. But most of this is thinly disguised ‘Monkey/Typewriter Logic’ – keep pumping out content, any targeting will add competitive advantage and, if the volumes are high enough, we’ll eventually generate a return. It’s a numbers game. One global firm even prides itself on being considered its client’s ‘data partner’; a positioning I find as horrifying as bizarre. How do you recruit the world’s best creative minds or most connected influencers if you are publicly subordinating them to an algorithm?

Anyway, I continue to plough a determined furrow against such logic. I believe that, in an industry increasingly ‘reduced’ to mathematical equations, the ability to make human connections, to nurture relationships, and to spot insights beyond the data will constitute a competitive advantage. In my own experience, current market of India, for instance, data only tells a small proportion of the story. Where nearly half the population is yet to be connected to mainline electricity, conventional market research or, even, big data analysis requires validation on the ground. One of India’s leading political pollsters recently told me that even a campaign targeting all traditional and hybrid/social media (including local language) across the country could only aspire to reach 16% of the population! 86% would remain untouched either by the data collectors or the campaign deployment. So much for being a client’s ‘data partner’ in such an environment.

The great unwritten law of propagation today is the idea of gratification – and I don’t mean the brand’s I mean the audience’s. Why should they read, leave alone share, your content? What is their incentive to participate in your campaign? Motivations can range from prestige (especially with content that is somehow ‘exclusive’ or ‘private’) to monetary benefits (offering discounts to people who participate in your campaign), but the key is to provide some form of acknowledgement to your audience; it is they, who are going to propagate your message after all.

In editorial terms, I have my own version of Tim Lindsay’s ‘contract’; people will accept unsolicited content for one of four reasons:

On this note, don’t hold your breath for Facebook to propose any legislation that would inhibit its right to bombard users with unsolicited content; its business model is dependent on this presumption. But our industry isn’t. The above represents my own editorial ‘contract’; brands which adhere to these principles will be best placed to build lasting relationships with their stakeholders.  This is where I believe (and hope) the future lies. Reducing these relationships to the purgatory of long tail logic actually drives little value for either party.

Be the first to comment on "Despite Mark Zuckerberg’s privacy conversion, he’ll always be a slave to the ‘long tail’"