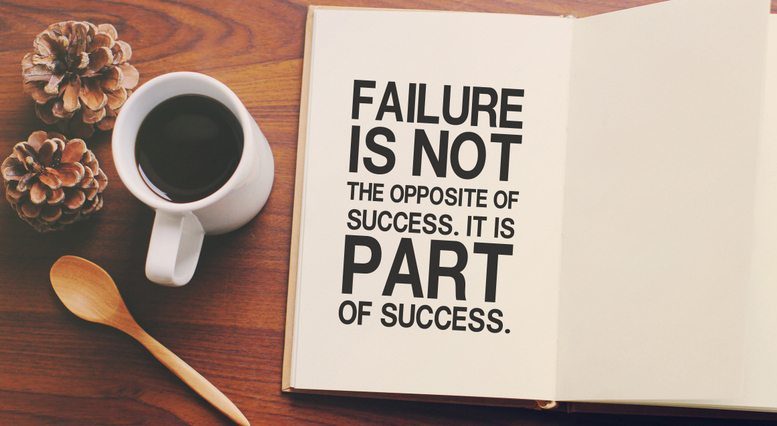 Whether it’s brands or people, we are all trying to be engaged to win, which can lead to success. If brands do this – try to engage customers with impact, in many meaningful ways, the end of the road will be a sure-shot success.

It’s not always that obsession for winning that is consuming us, for believe it or not, there is ‘failure’ that takes centre-stage too. Everyone fails sometimes, right? We try to learn from our mistakes, and sometimes we want to block them out. But, somewhere in the world, we can see just the opposite – where only failure is highlighted.

In Sweden there’s the ‘Museum of Failure’, established in 2017. It was set up by Samuel West, a collector and self-described innovation researcher, who showcased failed products, in the name of honoring the creative process. These products were successful in innovation, but in one way or another ended up going terribly wrong!

Interestingly, the museum is home to products like Apple’s Newton Messagepad – a messagepad that could take notes and send faxes but had poor handwriting capabilities, Heinz’s EZ Squirt purple or green colored ketchup, Coca-Cola’s short-lived Diet Coke and coffee mixture dubbed Blak, Colgate’s frozen lasagna (a bottle of green ketchup), a pen specially designed for women and so on. The innovations housed here demonstrate products that took a leap ahead in attempting something new, but ultimately did not stick with consumers. Instead of masking its failure, which happens many times before a truly successful product is introduced, it throws up the imperfections, in the hope of creating an environment where people are moved to innovate and not be afraid to fail!

What’s more, contrary to its name, the “Museum of Failure” is an act of celebration.

To quote West, “Even the biggest, baddest most competent companies fail. The trick is to create an organisational culture that accepts failure so that you can fail small … rather than failing big.” From its Swedish origin, the museum went on a world tour taking a pit stop in Los Angeles. And then moved to a permanent museum in Hollywood.

Now, the latest is that the Museum of Failure comes to Shanghai, the first exhibition in Asia. For entering China, the exhibition has been given a new name in Chinese, ‘Cheng Gong Zhi Mu’, which means “the mother of success”, referring to the old saying, “failure is the mother of success”. The failure tour will cover more Chinese cities later. And, it continues to pursue the belief of West – “It is in the failures we find the interesting stories that we can learn from. Innovation and progress require the acceptance of failure.”

And, in the same part of the world there is something else brewing – a coffee clash! When Starbucks entered China two decades ago, it promised to open a new store every 15 hours. But now, competition has appeared on the scene – a local rival, Luckin Coffee, who plans to build a high tech-driven shop every three and a half hours to dethrone the US giant! The Chinese startup is going all out to lure and engage customers – with steep discounts galore. They are challenging Starbucks’ dominance by targeting office workers and students, who prefer to have their capuchino on-the-go or delivered to their doorstep.

Unlike Starbucks and British rival Costa Coffee’s lounging spaces, most Luckin outlets are more like “delivery kitchens”. The shop space is very functional – no bigger than a studio apartment, with no tables, display counters or even cash registers because all payments are made using mobile phones. Luckin’s no-frills approach means consumers pay about a third less for a cup compared to other global brands, and need only spend a few minutes there – to scan a code and pay for their coffee that has been pre-ordered through the company’s smartphone app. On an aggressive mode, after only a year in business, the company announced plans to open numerous outlets, hoping to overtake rival Starbucks across the country.

So, the race is on – to engage customers smartly, and move forward on a winning streak!

Be the first to comment on "Engaging with wins happens all the time, but engaging with failures?"