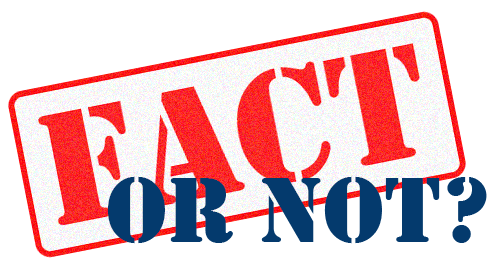 Has the bird flown the coop? Has that old Hindi proverb, Ab pachtaye kya kare jab chidiya chug gayi khet (What is the point in repenting now, when the sparrow has devoured the farm?) become relevant for journalism? The depressing thought comes to mind in a week where Google has announced an initiative in an election year to train Indian journalists free on fact-checking. The search giant plans to host training sessions in 30 cities between February 26 and April 6 across the country in English, Hindi, Malayalam, Bangla, Kannada, Gujarati, Odia, Tamil, Telugu and Marathi.

Well done, I wanted to say. But then….

A week after the Pulwama car bomb attack that killed at least 40 Central Reserve Police Force jawans in Kashmir, apart from bodies being counted, it was the turn of fake news items to be counted.

Trushar Barot, who is heading Facebook’s efforts to police fake news in India, tweeted he had “never seen anything like this” as fake news videos and images circulated on a large scale on social media. One of them even showed a fake picture of Rahul Gandhi, the Congress president, sitting next to an alleged suicide bomber, while videos from Iraq and Syria were passed off as stuff from Pulwama.

In other news, Twitter has formed an internal, cross-functional group to lead “electoral integrity work” in India to proactively identify potential threats from malicious actors. The news came in a week during which celebrity journalist Barkha Dutt waged a war on abusers targeting her on the microblogging platform. The peaking irony was her own account being temporarily locked by Twitter as she showcased abusive material targeting her.

Twitter is cracking down in a confused sort of a way on hate-mongers even as right-wing activists protest against the platform for its “anti-right-wing” approach.

By the time this column gets published, Colin Crowell, Global Vice President of Public Policy at Twitter, should have faced India’s Parliamentary Committee on Information Technology amid questions on whether it hurts citizens’ rights.

Does Twitter’s crackdown on abusers amount to a violation of freedom of expression or citizen’s rights? I think not, but my thoughts, like fact-checking, has limited relevance because of the way the game has changed. Here are my observations:

What we need next is not mere fact-checking but narrative-fixing. Think of it like an oarsman who has to deal with powerful ocean winds. The task ahead is challenging.

The curious case of Mr. Transitory