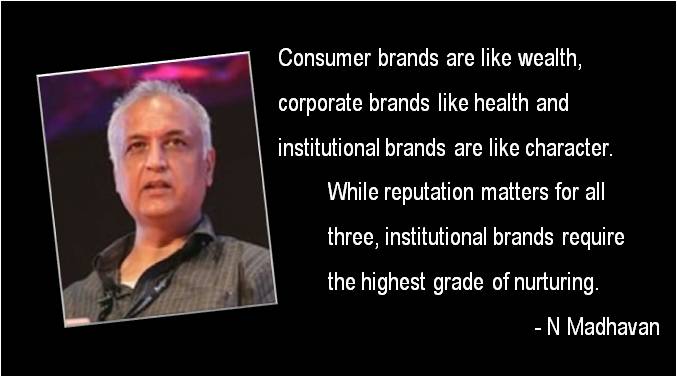 You could call 2017 as an annus horribilis — a horrible year — for Fortis and Max, two of India’s premier healthcare brands that have their roots in the Ranbaxy pharmaceutical empire’s founding family. While Fortis is in the dock with a police case after it charged Rs 16 lakh to treat a dengue case that resulted in a seven-year-old girl’s death, Max suffered a bigger shock when its licence faced cancellation (since stayed by a court) after its doctors declared a newborn infant as dead while it was still alive.

While these two brands battle it out to save their reputations and fight authorities, it is important to focus on the knock-on effects that such one-off events can have. Max is now facing a negligence complaint from the family of an aged cardiac patient while Haryana’s health minister passed an order to end the empanelment of the hospital from the state government’s list of hospitals.

There are serious lessons for those tho manage brands here and my focus is on what I call institutional brands.

I would classify brands into broadly three categories — consumer, corporate and institutional. They say when wealth is lost, nothing is lost, when health is lost something is lost and when character is lost, everything is lost. I would draw an analogy from this to the three brand categories. Consumer brands are like wealth, corporate brands like health and institutional brands are like character. While reputation matters for all three, typically, institutional brands require the highest grade of nurturing — and more so if they involve services as is often the case.

Hospitals, schools, universities, media groups, non-governmental organisations, and maybe, hotels and airlines, fall in this category.  A murder in the capital’s Ryan International school — and its subsequent handling by school authorities — hurt its image badly while IndiGo suffered when its employees misbehaved with a passenger.

What is common between Fortis, Max, Ryan and IndiGo? All these were effectively institutions that behaved more like consumer brands.  It would be worthwhile for brand custodians to frequently ask themselves in which category they are. Institutional brands need to have higher alignment between service quality, price and social expectations than say, a typical consumer brand. A soap manufactured by a fast moving consumer goods (FMCG) giant probably costs only a fraction of its market price to make and has high profit margins. But no one examines it that closely, while a dengue death brought the focus on the costing principles involved in a hospital.

IndiGo has had the charm to ask its passengers to clean their seats to help on-time arrival, but am not sure if it can pull off such cooperation if its staff get the upper hand in consumer complaints.

In the case of corporate brands some firefighting is possible as more often than not, they have fewer social touch points (Think of the Tatas and their boardroom battles). Institutional brands can suffer higher damage in the age of social media.

They say bad news travels fast and it travels even faster in the age of Twitter and Facebook. Those who manage brands need to take extra care if the brands are more than consumer brands. People expect more from institutional brands. They are perceived as social enterprises even if they are run on commercial lines. You need special checklists to handle such brands.

In an attention-scarce world, these four Ms can help you define and refine communication

The rise of public interest PR deserves more attention, and this can help journalism