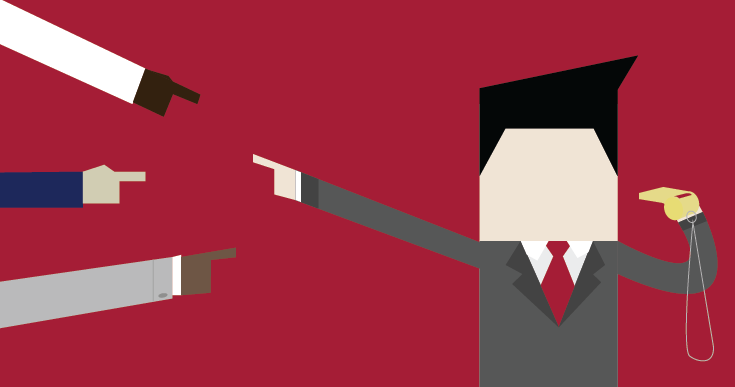 Some weeks ago, I had written about ICICI Bank, India’s arguably most high-profile private sector bank in terms of consumer branding saying that its investor relations management will make a good case study in the wake of the problems being faced by its CEO.

I was being euphemistic, perhaps, in suggesting that there was something profoundly missing in the way the bank has handled the controversy surrounding its CEO Chanda Kochhar over a complex engagement between ICICI, the Videocon group, Kochhar’s husband, Deepak Kochhar, and a company with links to Videocon.

Last week, a fresh round of stories erupted on Ms. Kochhar, with the same whistleblower, (actually an activist investor) suggesting that corporate dealings of the Essar group had indirect links with Deepak while ICICI led a consortium of lenders extending $350 million to an Essar Steel subsidiary.

ICICI’s board has been staunchly behind Ms. Kochhar so far, and also quickly dismissed a story that she had been asked to go on leave pending investigations.

There are two tricky sets of questions relating to reputation management emerging from the ICICI case:

There are no easy answers to these questions but I would love to see PR practitioners research this with precedents from global companies and the wisdom of hindsight.

Let it be said that the perception problem of ICICI is now official – and has gone beyond journalists or columnists. At least one leading brokerage, Prabhudas Lilladher, explicitly voiced some concern. Its joint managing director Dilip Bhat has acknowledged that the “perception problem is something which is going to be a hindrance for the stock price.”

Branding is a lot about perception and when it is about investors, what happens is an immediate financial loss or at least a loss of opportunity for listed companies.

Listed Indian companies, in my opinion, are still in a cocoon where boards and CEOs act in tandem without concern for a larger mass of shareholders while PR heads and consultancies are worried more about “relationships” with the people who give them cheques and raises. As companies grow bigger and bigger and markets become mature, what we would require is an institutional response in which thresholds are clearly defined on what response is to be given, how and when. Saying too much can be as much a problem as saying too little, or worse, nothing.

The ICICI case is one in which I for one find a business-as-usual attitude intriguing. The last word on the controversy has not been said yet, but it is enough to say that whistleblowers are to the new age of media what source-based “explosive exclusives” were to the old age. They come back to bite you.

I am prepared to concede that Ms. Kochhar may be an unfair victim of a boardroom drama, market manipulation, business rivalry or a takeover game that may be the stuff of a financial thriller. However,  by definition, any listed company with stakes held by mutual funds and foreign portfolio investors (FPIs) needs to give out more than terse, cryptic statements. Nor can it afford things to drag on in a climate of uncertainty. For the record, FPIs hold as much as 48% of stakes in ICICI.

Be the first to comment on "ICICI, the Sequel: Investor relations include whistleblower games"