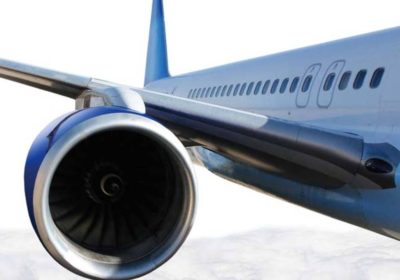 This particular column is not just about a personal experience but also a mirror to a brand that is not as straight forward as it positions itself to be. This is about an airline that is steadily losing the reputation it built painstakingly. I write this with sadness, but they have messed up my weekend and I owe this to them.

When people travel they plan around three things – flights, stay and things to do. When I planned a visit to Pondicherry last month with my dad I first booked my flights, then my stay and then the things we would do until the time of our departure. Since the flight was scheduled for 4.50 pm on 21st June we had chalked out things to do until 230 pm, including a lunch with a friend and then head to the airport.

The tickets were booked, and plans made barely ten days ago. And then we are in for a rude shock when Indigo makes the automated calls alongside a text message to inform me that the flight I had booked on is cancelled and that we are now booked on an earlier flight at 11 am. So, this friend, who originally was not going to be available, changed plans to accommodate us for lunch but now our flight departs at 11 am so there is an embarrassment of informing this friend which is all fine.

But the problem begins when I check online and notice that the flight that we are being accommodated on is a much cheaper flight. I had paid Rs 10,000 for two tickets for my earlier booking. The current option being offered works out to Rs 7,000. In the guise of telling me that a favour has been done unto me the airline is pocketing a neat Rs 3000 from me which smacks of day-light robbery and a complete lack of ethics. The right thing for the airline to do is to tell me that this is the development and if I chose to be on the new option the fare difference would be refunded to me. Why is Indigo punishing me for an operational issue at their end?

The solution I’m being offered is that I cancel, get a full refund and rebook. The solution I’m proposing since they have my money, is to do the same for me and refund me the balance. But they are hung up on doing it the wrong way.

If I have to cancel and rebook, then I might as well give the business to another airline. I’m asking them to retain my business by doing it the simple way, but they want to throw arrogance at me. This is what I felt from the two calls that were made to me.

Even a kid would understand this basic concept. While the twitter responses have been prompt, the call centre executives are either trained to behave in a nasty way or are just half baked. I got the first call from Sarika at 11.05 am as per the agreed time frame that was discussed on a Twitter DM. She was not able to answer my basic question as to why I was being made to cancel and rebook in order to save, when Indigo can do the same and refund me the fare difference. Well, she promised that a senior would call me within an hour but for five hours there was no call. Finally, a call comes at 4.15 pm when I’m away from my phone for ten minutes and I promptly request a call back on DM which happens where another executive (not a senior or a supervisor as promised) goes through the same thing again. Well, building a great brand is all amazing but what is the use if it is built on a foundation of a complete lack of ethics.

And then at 830 pm the last call of the day comes from a supervisor who tries selling the same concept to me by changing the goal posts. Finally, he relents and agrees to do most of the things the first two callers said they could not do. He agrees to cancel the ticket on my behalf, call the website (Cleartrip) where I booked my ticket from and request them to refund. The final chapter is still pending. Whether Cleartrip will also be reimbursed the convenience fee that they charged me so that they can pay it back to me remains to be seen. It’s weird that the airline takes decisions that ends up letting a third party earn from it in the process. In this case Cleartrip earning from me.

This can be a nice scam where an airline offers flight options at a higher price on a sector, then cancel it, put passengers on an alternate flight where tickets are cheaper and then pocket the change. I’m sure there are many like me who would have gone through a similar situation. Things brands do to make profits can be appalling. This is how this brand has made me feel. I hope brand managers; communication managers and business leaders learn a lesson or two from this. I feel I will never back to Indigo again (except if there is no alternative) unless I see the new leader (Greg Taylor) take some drastic steps once he takes charge after the incumbent exits.

Reputation bashing? Some tips to take it in your stride

Be the first to comment on "Why does IndiGo no longer take pride in its reputation?"

Working from home: Challenges, learnings and key things to take to the new world

From employees to ambassadors