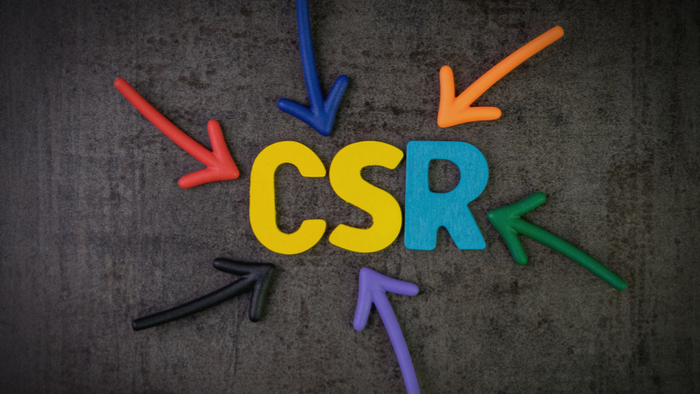 Every day, I come across at least one post regarding a company that has contributed towards the PMCARES fund or provided other relief measures for the COVID19 pandemic. While some of these efforts are worthy of being applauded, some are simply dismissed for being opportunistic and insincere. CSR done well and consistently can add several points to a company’s reputation. Get it wrong and you can immediately come under the scrutiny of your stakeholders. Recently YES Bank and Ola Cabs received a lot of flak for what they called were socially responsible moves.

YES Bank pledged Rs. 10 Crore to the PMCARES Fund a few days ago. But it came at the back of a serious financial crisis the bank had undergone recently, with promoter being ousted, several board members suspended and a 30-day moratorium announced. Limits were also placed on cash withdrawals for customers that caused them huge inconvenience and trauma. Finally, private and public sector banks had to come to its rescue. It is not surprising then that customers and investors alike were irked by YES Bank’s announcement of the donation. Several senior financial journalists even cited that this was an irresponsible move. The first duty of a company is to perform business diligently. Only when its business is running smoothly does it have the right to think about taking up any social initiatives. If that basic is missing, acts like donations for a certain cause appears as irresponsible and hogwash, damaging the company’s reputation.

We saw similar reactions in the case of Ola Cabs too when the cab aggregator had launched a “Drive the Driver Fund” campaign. This was an appeal to citizens to donate towards the livelihood of their drivers during the lockdown period. The company then went on to donate Rs. 5 Crore towards the PMCARES fund. This too earned substantial criticism. While on the one hand the company has been expanding and has even acquired other companies just recently, on the other, it was asking the public to give funds for their drivers’ sustenance. The technology platform, vehicles, and drivers are the three most basic aspects of Ola’s existence. If it needs other people’s charity to sustain its basics then it goes on to show the company’s poor business planning skills against black swan events. Top that with its decision to donate to PMCARES fund. It sends out confusing signals about the company’s character and damages its reputation.

Not all such initiatives are viewed as opportunistic though. For instance, the Taj Group was recently lauded for its sensitivity in current times. The hotel chain has provided accommodation for doctors and nurses on COVID duty across a few hotels in Mumbai and Gurgaon. This thoughtful gesture truly helped those in need. The company rightly evaluated what they could offer and provided a relief service for a section of society. Even though the hospitality industry is one of the most severely impacted during the pandemic, the company showed its benevolent and resilient side through this initiative, which had further added to its reputation. There are countless other examples of CSR done right in these times. In the purview of the lockdown, Mahindra launched free cab services for non-medical emergencies, providing crucial support for essential needs like grocery shopping and visits to banks to senior citizens and other vulnerable sections of the society.

What has helped these companies get it right is their understanding of the situation and supporting a cause as per their capacity and business line. This can happen only when the business understands its primary responsibilities and carefully analyzes how its plan could affect all its stakeholders. Failing to do this can make a company look insincere and irresponsible.

A social initiative is a great way to connect with people and establish a company’s reputation as a trustworthy leader. However, a lack of sensitivity can make it look opportunistic. Before making high decibel announcements about your company’s social efforts evaluate why you want to contribute and how will it be viewed particularly in the light of other recent public communication about your brand. If the answer to any of the two questions is vague or negative, be prepared for reputational damage.

25 years of adaptability, agility and empathy

‘Don’t have a bookmark’: A social media campaign that created a divide amongst industries

We accept the life we think we deserve; It’s time we change this