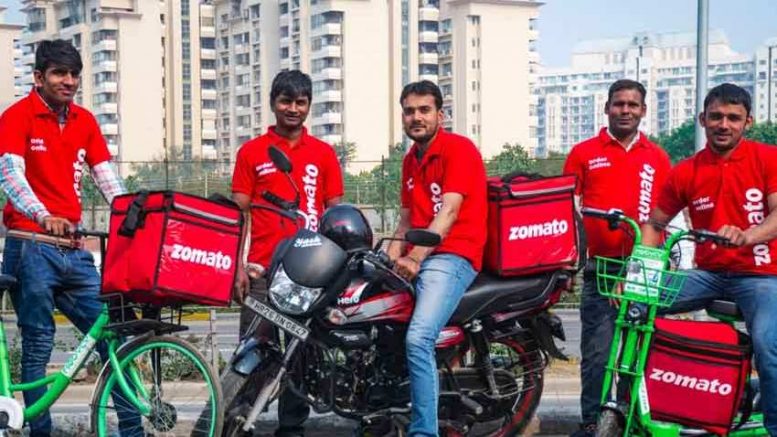 Last week was an excellent showcase opportunity for those who think social media can be a creative avenue to build a brand in a way that is qualitatively different from conventional advertising or public relations. This involves what I call journalistic talent that puts perspective over persuasion, speed over slowness and spunk over vacillation.

We have seen brands going viral for bad news (such as airline service) or good news (not so common, but every time some restaurant or service does a good job or referral online). But how often do you see what I call a triple play?

All this is not just about brand recall, but, as I often say, about reputation and credibility. In PR parlance, this is “earned media” worth crores of rupees. All in a day’s work.

Experts must be doing the numbers but the recognition Zomato received when it responded to a random tweeter cancelling an order because the boy who delivered was a “non-Hindu” was worth the risk.

There is a lot of negative stuff from zealots and conservatives on this issue, but the message certainly went out to the bang-on target segment of foodies who cheered Zomato’s statement: “Food doesn’t have a religion. It is a religion.”

“We aren’t sorry to lose any business that comes in the way of our values,” said Deepinder Goyal, CEO of the restaurant review and food delivery startup, fitting into the “Stand up and be counted” maxim. Goyal said on Twitter that his company believed in diversity, leaving nothing to chance, interpretation or imagination.

Here’s the catch. When I went to Google News and searched for Zomato, most of the headlines seemed to indicate that Zomato was receiving flak or being subject to memes that mocked it. However, I have little doubt the brand gained big.

I can see that Zomato has been cleverly using what I call “presence” — a key factor that differentiates conventional public relations and social media branding in two aspects.

In the former, you try to influence a journalist with content and/or conversation and hope for the best. In the latter, you join or initiate a public conversation.

In conventional thinking you have no sense of time whereas you rise to the occasion in the latter, like a batsman in cricket lifting a loose delivery over mid wicket for a six.

Social media is like limited-overs cricket. You need to have “presence” and be aware that every moment offers both an opportunity and threat. To be slow or dull could cost you lost opportunities, while being too-clever-by-half can cost you your wicket. But, like in cricket, you have to make sure there is little chance for a fielder to catch your ball when you hit it high.

In the Zomato case, the brand took a chance knowing there is a decent risk-reward ratio. Consider the fact that in relative terms, conventional advertising and PR are practically risk-free because you don’t engage actively in a chaotic playfield.

Where do journalistic skills come in? They lie in the fact that  it is not enough for a brand manager or owner to be informed of one’s own domain but also of social issues, context and values. This requires thinking on the feet, a great amount of “general knowledge” and not being afraid to take a stand (something conventional marketers are not very good at).

It must be remembered that both Uber Eats and Zomato belong to the politically-correct, idealistic millennial generation value system and there is a reasonable alignment between the value system that is dominant and the brand’s business strategy. To that extent, it is not difficult to execute. It is difficult for me to imagine a jewellery brand like Tanishq, which has a huge conservative Hindu market to cater to, taking a risk like this in the marriage season in interior India, where values are not the same as in upscale Gurgaon or South Mumbai.

Hypocrisy and discretioin are part of a conventional marketer’s toolkit for a good reason because the risk factor is high in deeper engagements. But then, disruptive startups are also helping disruptive branding.

Globally, lists are out on ethical brands. and most of them focus on environmental sustainablity or fair trade. Some go that extra mile like sneaker brand Veja that uses wild rubber that helps indigenous people in South America and Lily Lough Jewelry that makes jewels to keep women out of sex slavery.

Zomato has certainly joined the list of ethically-focused brands. India’s current lot of ethical brands, predictably enough,  focus on sustainability (which is a fad for many, just like clothes). Perhaps it is time to broaden the list of ethics to include those that help the underprivileged and  believe in equality (promised by Article 15 of the Indian Constitution on which a movie is out from Bollywood). There’s much more to ethical brands than recycling and upcycling.

Oh, by the way, Zomato has been using “presence” for a while now, such as when it tried to urge people to “Save water“ so they can make tea! I like to think the shot over religious boundaries was not a fluke. I can sense there was some net practice behind it all.

Be the first to comment on "It’s a six! Zomato shows journalistic presence to build ethical brand, but the shot is not risk-free"

What matters … Why matters more…

Futureproofing PR: An Inside Out Perspective