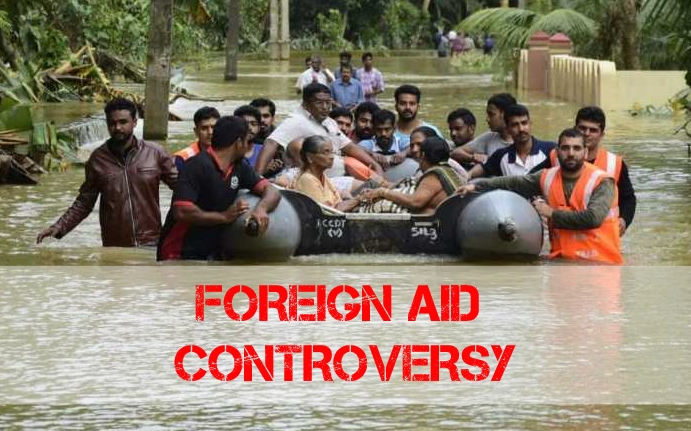 There is an old joke about a helicopter that loses its sense of direction above a US city. The pilot descends, looks at a group of people on the top floor of a building and yells: “Where am I?”

The crowd shouts back: “You are in a helicopter.”

The pilot takes a turn and in a few minutes, lands at the Seattle airport.

“How did you do that?” a friend asks.

“Simple,” says the pilot. “I got an answer that was technically accurate but perfectly useless. And I knew I was somewhere in Microsoft city.”

That is only a joke, but one that illustrates how in communication, it is not only important to be accurate but at the same time not fall a victim to technical details. Technical details do not enlighten readers, viewers and listeners. And as I learned last week, they can be used to take attention away from the real news where there are politics and propaganda involved.

As Kerala suffered its worst flood in a century, the tragedy did not stop political trolls from doing what they always did: get into social media wars. It remains a mystery why the NDA government in New Delhi pre-emptively launched a surgical strike into an offer of aid from the United Arab Emirates. However, as public outrage mounted, a line came out that the aid had not been extended in the first place.

It is a journalist’s nightmare to pin down details, and strangely so in an era where tweets are publicly made and recorded into the archives.

Kerala chief minister Pinarayi Vijayan publicly announced at a news conference that Sheikh Mohamed bin Zayed Al Nahyan, Crown Prince of Abu Dhabi, part of the UAE, had offered Rs 700-crore in assistance when he spoke to Prime Minister Narendra Modi over the phone. But there was no confirmation from the Prime Minister’s Office. Instead, we saw those supporting Modi tweeting that there was no such offer. Both CNBC and India Today TV channels carried extensive stories recording the tweets in which the PMO spoke of an offer of aid but there was no mention of the amount.

Vijayan later said that there was no confusion but nothing moved at the Centre to confirm the news. The Ministry of External Affairs earlier issued a statement that did not mention any specific offer but pre-emptively turned down any foreign aid. Whispers went out citing a 2004 policy, whereas there were screenshots of an actual 2016 policy that allows foreign aid for disaster relief.

A journalist’s job is not to go only by official versions, but when there are two official versions as in this case, the key point is to juxtapose things, explain the technicalities and leave things to the viewer/reader. That is what CNBC and India Today did, but I dare say the stories did not make an impact because a kind of tiredness sets in by the time facts are clarified in such cases.

It is important for spokespersons to not only clarify on the facts but set out the details and contextualise them articulately if they are not to mislead the media. Vijayan’s statement that there was ‘no confusion’ did not exactly end the confusion. His office could have issued a specific statement to counter the MEA statement, matching its details.

“The issue was discussed between two persons. The UAE ruler has spoken to our Prime Minister,” Vijayan said. But most of the impressions and imagery created over the story were led by random supporters of his side and those of the PM — in conflict with each other. Since UAE’s Ambassador Ahmed Albanna said his country had not announced “any specific amount as financial aid”  it only showed Vijayan in a doubtful light. Was he jumping the gun? Or was the central government too clever by half in using its diplomatic muscle to stop the UAE on its tracks?

Here’s where journalists have to go that extra mile to separate the official letter from news conference statements and statements from source-based conjectures. Official versions are never enough.

To help rebuild the lives of the flood affected people in Kerala, visit https://donation.cmdrf.kerala.gov.in/ and make an online donation to the Chief Ministers Distress Relief Fund.

Bridging the Supply-Demand Gap in the PR Industry Today