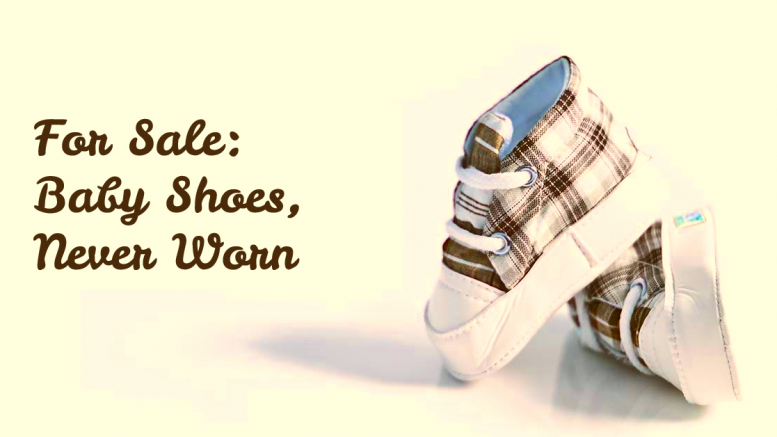 This week’s article is about ‘Keeping It Brief’ so it will be a short one – be sharp and pay attention!

It was some time ago, when I first heard the short story – On Sale: Baby Shoes, Never Worn. Last week on a marketing webcast I again heard an expert referencing the same tiny tale. So, are these Terribly Tiny Tales a new phenomenon?

First let me debunk the myth that ‘being brief’ has come into fashion lately, especially after the advent of social media. Though there is a debate about its source, the above story is attributed to Ernest Hemingway, who was born in 1899. Don’t take my word for it. I quote from a website, which was investigating the origin of this story.

“An article on similar short-short stories appeared as early as 1917 by William R. Kane, and the story title that Kane suggested was “Little Shoes, Never Worn.” In 1921, newspaper columnist Roy K. Moulton pointed out that a classified, “Baby carriage for sale, never used,” embodied the plot of a story.”

Communication professionals of my vintage will recall an oft used phrase, ‘Less is more’, which has its origin in architecture and design. We used it to impress upon spokespersons to keep it short and not get into a long-winded monologue, while addressing the media. During media trainings, I would tell them that attention spans are getting shorter, the average TV byte is few seconds long and stories last for two minutes. Keeping it short, precise and to the point will help deliver the key message.

Now that it’s established that being brief is not a new phenomenon, here are four tips that I use to keep it succinct.

An easy way to remember the above four points is by using the acronym KISS – Kill Your Darlings, Central Idea, Short Sentences and Simple Language.

Please note: None of the sentences used in the above article have more than 30 words. I have used simple language and killed my darlings to communicate the central idea: Keep it brief!

Be the first to comment on "KISS to keep it brief"

Coping In Times of Crisis

How some reputed technology brands have leveraged PR very effectively?