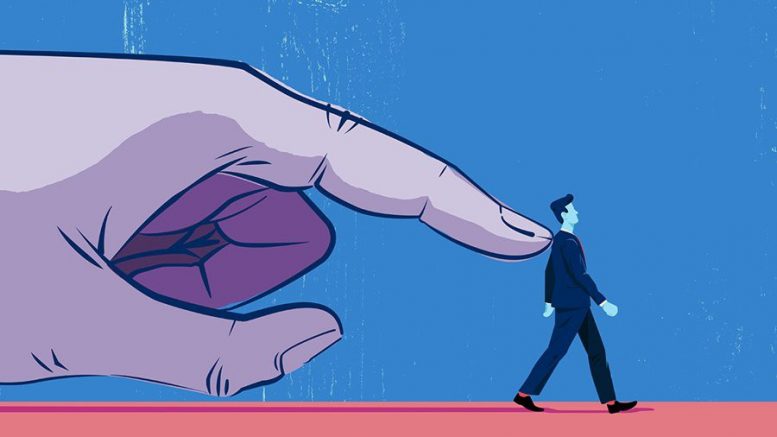 Governments across the world have been harnessing behavioural patterns for improved government services and informed policymaking. The United Kingdom took the lead in 2010, by establishing their Behavioural Insights team as the governmental ‘nudge unit’. In 2008, the book Nudge by Richard Thaler and Cass Sunstein introduced the powerful concept of choice architecture. This is the concept that subtle modifications in choice environment can have a significant impact on our decisions, considering that no decision is made in a vacuum. We all make decisions in situations where many features – perceived or unperceived, influence the choices we make. By designing these choice environments to work in harmony with human psychology, better decision making can be encouraged.

Since UK became a trailblazer for using BE in Public Policymaking, we have seen a proliferation of nudge groups within countries, both formal and informal. Ireland’s Sustainable Energy Unit has created a unit for BE to encourage changes in behaviour of energy consumption for businesses and individuals.  Wirksam Regieren, Germany, established in 2015, works closely with federal agencies in the areas of public service, healthcare, and finance. The Unites States’ Internal Revenue Service (IRS) works with a dedicated behavioural insights team. Some of the other countries actively using nudge in policy making are Peru, Greece, Singapore, Japan, Australia, Qatar, Denmark and Canada. Japan’s Ministry of Economy, Trade and Industry (METI) inaugurated their ‘Nudge’ unit in May 2019. The press release on this inauguration stated, “This unit aims to promote the utilisation of nudge in METI policy domains, ranging from social security to the environment and energy, as well as SME measures, a field in which only a few countries have yet engaged”.

The Australian Department of Health’s Behavioural Economics and Research Team (BERT) used an intervention, based on the concept of ‘social proof’, to reduce over-prescription of antibiotics. A simple intervention where they identified general practitioners with high prescribing patterns of antibiotic, were sent letters comparing their patterns with that of other doctors. In a time period of six months, the number of antibiotic prescriptions reduced by over 1,25,000, as a result of BERT’s efforts.

Partnerships with non-profits, multilateral organisation and the academia is another way in which many governments are putting behavioural insights to use for developing effective policies. The brochure for World Bank’s Mind, Behaviour and Development unit (eMBeD) has the tagline of “Applying Behaviour Science to End Poverty and Enhance Equity’. Working with more than 50 countries, eMBeD says “A behavioural approach focuses on mindsets, decision making frames, and the social environment”.

An intervention in Nicaragua involving the Paris School of Economics, and the Ministry of Finance, Nicaragua, this project created beneficiary interactions with female role models in really low-income settings of the country. Interactions with leaders had a powerful impact on raising the bar for the rest of the community in improving and sustaining education and health outcomes in children. The impact has been seen to last more than two years after the end of the program. This study suggests that using role models, witnessing local success stories of upward mobility, can lead to shifts in household aspirations and investment behaviour, particularly when people are provided with the resources to do so. Role models in BE serve three distinct functions – act as behavioural models, representing what is possible; influence goals and motivation; as well as be inspirational.

In Argentina, three recent experiences for eMBeD, have shown that designing creative solutions in dealing with complex and diverse challenges like teenage pregnancy, waste recycling, and employability of young people, can be immensely effective.

Using next generation tools which increasingly embed design thinking, data and predictive analysis, governments have started transitioning nudges into their developmental programs. Predictive models based on big data can flag issues that require more attention, while behavioural insights can provide the methods to prompt desired changes in behaviour. As we have seen in the case of Nicaragua, small, simple and often inexpensive changes can yield outsized results. Government agencies can create prescriptive nudges with the use of big data and machine learning, which can then be customised to provide the precise nudge to the right person at the right time.  An equivalent to precision medicine, the “3D” trinity of digital, data and design can perhaps enable precision policy engagement.

In New Mexico, the Department of workforce Solutions solved a thorny problem by applying these tools. There were claimants who were improperly collecting unemployment insurance benefits with inaccurate admission of their earnings and other relevant information. As these improper claims were really not major claims, the officials did not take the traditional (often expensive) route of criminal enforcement. Instead, they used inexpensive ‘pop-ups’ and other nudges, customised with the use of machine learning in order to encourage more accurate disclosures. Within a year since the smart nudges went live, improper payments declined by almost 50 percent, and unrecovered overpayments fell by almost 75 percent. This has resulted in an annual saving of almost US$7 million for the state.

The use of ‘Nudge’ by governments has also been under sustained criticism from theorists who say that it may not always be compatible with freedom and autonomy. Interventions that do not have social good at the core can also often have unanticipated and unintended consequences.  Choice architecture can be used to manipulate or exploit human limitations, which stem from cognitive load, and the natural human tendency to make hurried and undesirable decisions. This can, however, be tackled with suitably systematic and democratic use of nudges, where governments should provide clear objectives and guidance on where Nudges can/should be implemented for public good.

In order to protect people against the nefarious uses of Nudge, Richard Thaler set up three key guidelines –

He acknowledges that the concept has the ability to be harmful if not used ethically or in wrong hands. Thaler autographs copies of his book with the phrase – ‘Nudge for Good’.

Communicating in a gender-inclusive way