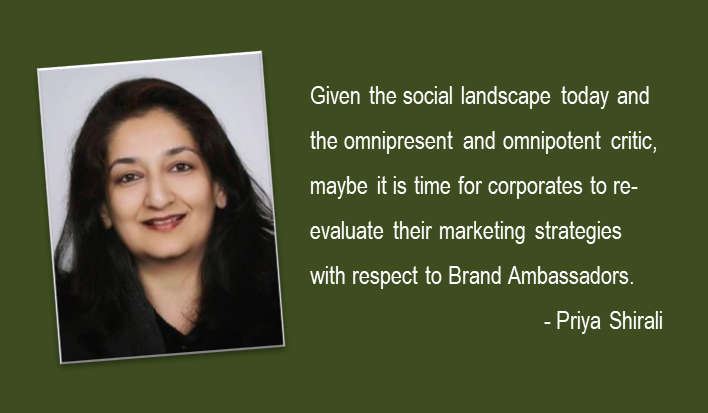 Byju’s has currently put on hold its advertisements featuring Shah Rukh Khan after the controversy surrounding Shah Rukh’s son, Aryan Khan broke out. Junior Khan was arrested on October 3 after a raid by the NCB on a Goa-bound cruise ship. He was remanded to judicial custody for alleged drug use and as the case drags on – and the critical social media posts around it escalate – Byjus, which targets children, thought it best to play safe and put on hold advertisements featuring senior Khan.

Brand Ambassadors are chosen after many rounds of deliberations to arrive at a suitable fit between the values and the personal brand of the prospective Ambassador and the Brand. The Ambassador in many ways embodies the corporate identity and stands for values that the Brand stands for and wants endorsed.

But despite the larger-than-life persona, the Brand Ambassador is a fallible human.

According to Scroll. In Adani Wilmar said it was “a very unfortunate incident and can happen with anyone” as they confirmed a halt in the commercials featuring Sourav Ganguly. “The ricebran oil is not a medicine but only a cooking oil. There are several factors which affect heart ailments including dietary and hereditary issues,” Angshu Mallick, Adani Wilmar chief executive, said in a statement.

The fact is that your Brand Ambassador today could turn out to be your Brand Embarrassment tomorrow. Largely because now, thanks to the Medusa-like tentacles of media and social media, your Brand Ambassador (and often his/her entire family) lives under the watchful eyes of millions of people and everyone has an opinion on their lives, and by extension, on your Brand because of the association.

Study after study has revealed that the millennials – a large consumer base for most products – are ‘woke’ consumers. For them, how your Brand fares in terms of values such as sustainability and social responsibility matter so much more now than it did, say, a decade ago. While some, like Adani Wilmar, choose to take the hit and craft a clever come-back with the same Ambassador, most corporates today would rather err on the side of caution and disassociate publicly with their Brand Ambassador if there is a controversy that could negatively impact the Brand.

The stakes are too high – the voices out there too many and too raucous.

Given the social landscape today and the omnipresent and omnipotent critic, maybe it is time for corporates to re-evaluate their marketing strategy vis-a-vis Brand Ambassadors.

Maybe ordinary folks like you and me would be better Brand Ambassadors.

And then, the product will be the real Hero. 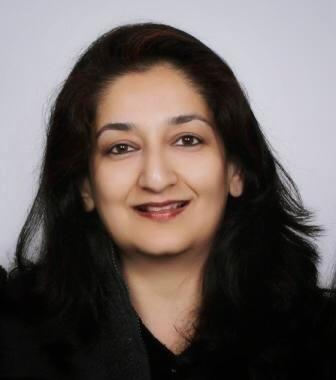 Priya Shirali has over 20 years of experience as a communications professional which includes journalism and corporate communication. A keen observer of people and a passionate storyteller, she has worked across diverse sectors and organisations and is currently with the Confederation of Indian Industry.
A member of the International Association of Business Communicators (IABC) she loves travelling, swimming and listening to music.
SHARE TWEET PIN SHARE

1 Comment on "On a slippery slope with your Brand Ambassador"