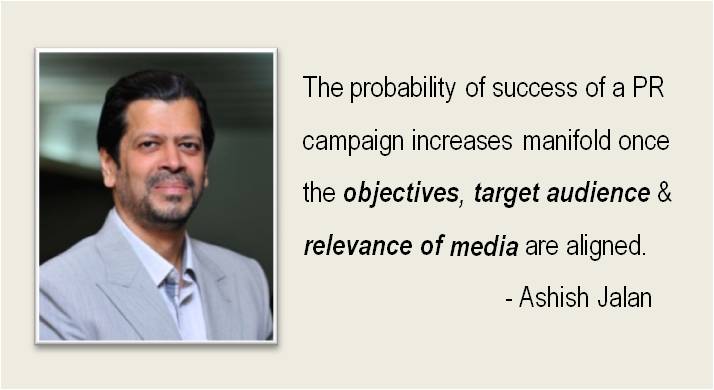 On 30th October 1938, Mars attacked Earth! There was panic on the streets of America, people armed themselves to face the hordes of green Martians, and some even contemplated suicide.

Of course Mars did not attack, but the rest is true. It was the fall out of a radio play “War of the Worlds” by Orson Welles. This incident is a perfect example of the credibility news enjoys over advertising.

Since the early years of this millennium, PR has enjoyed resurgence and now is an integral part of any communication strategy that seeks to address its target audiences. However, in the zeal to garner maximum coverage, the efforts get sidetracked to MAV (Media Advertising Value) rather than achievement of the campaign objective.

MAV simply means the amount of space a corporate, brand or product has garnered in the media and mathematically is the product of the square centimeter of space multiplied by the advertising rate of the said publication.

But is this the yardstick to measure the effectiveness of the PR campaign? Isn’t this the perfect instance of the age old debate of quality versus quantity? Without undermining the significance of quantity, I would rate the impact of quality far higher and more effective. Quality in this context is not limited to the content of the article, but extends itself to the choice of media. A content-rich article would be redundant if placed in irrelevant media.

Here, the term irrelevant media has to be dissected, observed and then understood very carefully. Because it is this very term, wherein lies the success of the PR campaign. No media, however big or small can be termed irrelevant in the absolute sense, but can be irrelevant from the “Objective of the Campaign” perspective.

For example, if the target of the campaign are the farmers, then a prominent article in The Economic Times would be irrelevant. Nobody can ever doubt the importance and the relevance of the largest circulated business newspaper in the country, but from the perspective of the campaign targeting the farmer, the article in this medium becomes irrelevant.

This leads us to the parameters which then become the basis of relevance of the campaign which can be broadly classified within:

A PR campaign can never be strategically successful if the objective of the campaign is not met and therefore must also target the relevant media considering the above three criteria. This would not only be termed successful but would also bring about efficiencies, both financially and operationally. I have specifically mentioned financially here, which is not pointed to the consultancy fee but indicates the paid article format. This format in todays’ times has created its own niche in helping any PR campaign in attaining its objectives.

The probability of success increases manifold once the Objectives, Target Audience and Relevance of Media are aligned. Once such a PR campaign is executed, it is important to have a globally acceptable standard or a yardstick to judge the effectiveness of it.

In PR, the world is now moving away from MAV to the more inclusive Barcelona Principles. These were further updated in 2015. The seven principles that comprise it are:

To sum it up, effectiveness of a PR campaign does not depend upon the MAV or number of clippings but on the relevance of these in achieving the overall corporate objectives. 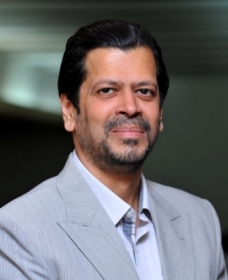 Ashish Jalan is the CEO at Concept PR. However, 12 years ago, when Ashish was asked to take over Concept PR as the CEO, his knowledge of Public Relations could have been written on the back of a paper napkin.

But under his stewardship, Concept PR grew from a less than 15 person consultancy with a handful of clients to a well-recognised brand with over 200 professionals and 100 clients.

An unassuming leader, who prefers to work behind the scenes, he is a strategist with a realistic mind and has led the consultancy to win the Agency of Year, twice among the other laurels.
SHARE TWEET PIN SHARE

You can’t kill a story!

How to target the pitch?