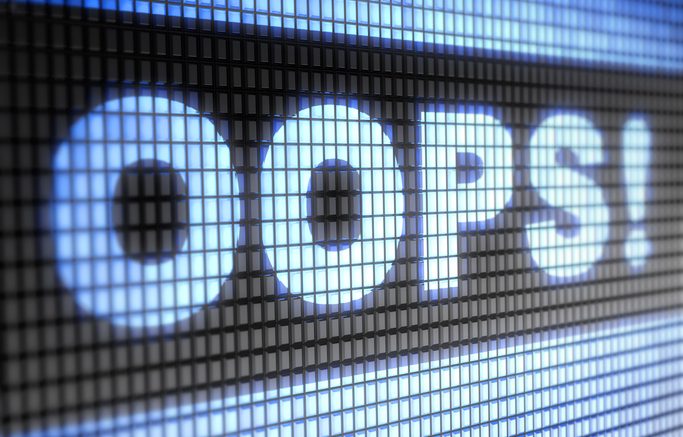 They say, we must look for opportunities in crisis, and some take this quite literally. Of late, many companies have launched products that are in some way connected with the coronavirus. Some like Marico have got this right, with 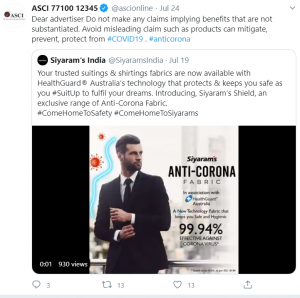 their Veggie Clean product that helps to clean vegetables. Others however missed the boat by miles. In fact, recently the Advertising Standards Council of India (ASCI) called out one such company, Siyaram’s. The company claimed to make suits that were “anti-corona.” ASCI stated that the ad implied benefits that are not genuinely substantiated. It even warned other companies against using terms like “mitigate”, “prevent” or “protect”, given the current sensitive times. Whenever companies engage in advertising that is misleading or incorrect, the consequences are multifold. Firstly, there could be a direct cost that the company might need to bear while settling any court cases filed. Secondly, it could even have a damaging impact on the reputation of the company. Moreover, building back this reputation loss is difficult, time-consuming, and an additional cost. There are enough and more examples of such kinds that act as lessons to all of us in the communications profession.

In many cases of incorrect and misleading advertising, companies incur costs from various sources. They may have to stop running the ad, recall the product, appear for court cases, and even pay fines or settle charges. One such case is that of Hyundai and KIA. These two auto powerhouses overstated the horsepower of their vehicles by as much as 9.6%. The companies then had to pay $75 – $125 million to customers as settlement. Dannon’s Activia Yogurt was advertised claiming that it had nutritional benefits that other yogurts lacked. Following this, the company had to pay $45 Million in a class action settlement.

Settling monetary charges and losses is only the tip of the iceberg. It takes a lot more effort, time, and money to settle the account for the reputational damage that comes in because of misleading advertising. Take Volkswagen’s case. Who would have thought that the German manufacturer, ideally known for its quality and technology would be pulled up for misleading its consumers someday? After the 2015 crisis, the company had to recall products, pay up a large sum as settlement. But the larger repercussions are seen till today. The company lost out on trust, which was further fueled as several cases of mismanagement by executives came to light. Further, questions were also raised on the entire community of German car manufacturers, including sister brands of the company like Porsche and Audi. To this day, Volkswagen does not enjoy the same level of trust and respect that it used to before the crisis.

Even when there is less reputational damage or no cost paid, a misleading advertisement is an opportunity lost. Apple’s recent film on working from home is a good example of this. By itself, the film was a fun and light-hearted take on the trials and tribulations of employees working from home and using Apple products like iCloud, iMessage, and FaceTime to collaborate. While Apple’s products are world-class in terms of their functions and experience, they are not meant for bulk consumption. Typically, only those organisations from industries like design, entertainment, or film production use Apple products regularly. Subsequently, the ad was perceived as being far-fetched, claiming that Apple tried to create a world where everybody used its products.

When companies’ communication is misleading, whether through an advertisement, a social media post, a television commercial, website content, spokesperson interview or any media statement the consequences can be grave. Not only can it have legal implications and added costs, but it could also lead to a loss of trust, which is difficult to win back. A good way to keep this in check is to avoid using hyperboles, exaggerations or using superlatives in our communication. Simplicity in communication lets us connect with a wider base, makes our messaging memorable and ensures appropriate positioning, thereby contributing to long-term reputation.

Be the first to comment on "Reputational Consequences of False Claims"

Measuring the ROI in PR

My first year as a Public Relations entrepreneur