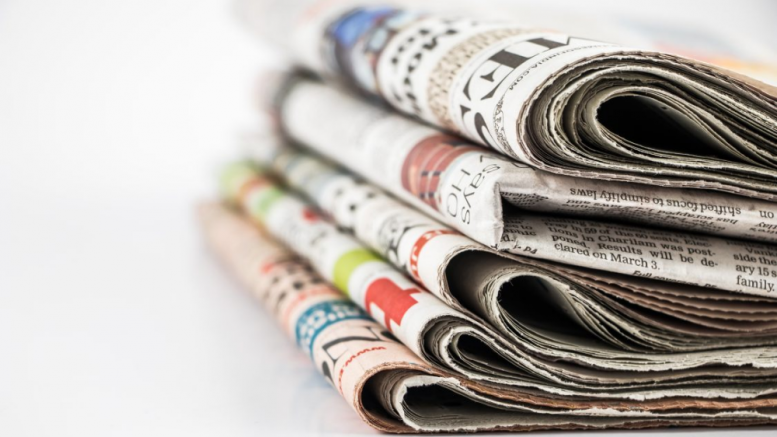 How often do we see large stories in both national and business dailies where the line, ‘The company, when contacted, declined to comment’, features in the copy.

Journalists do a lot of source-based reporting, as they must, but these lines, or similar ones like ‘those in touch with the company declined to comment’ are very often a part of the narrative.

You may well wonder how this happens and the company, after the report is published, remains silent. There are no rebuttals, or requests for publishing clarifications 🙂

Well, it is largely because invariably it is the company or those close to the company who are speaking but doing so off the record. They want the news, but not their names to be featured. The reasons for this are many, which I will not go into in this piece.

One such example at the IT services company I was working with will illustrate this point.

My company, as I have mentioned, was unlisted, and was largely media shy.

However, one day, we signed what was till then the biggest order ever received by any Indian IT services company. Trouble was, the agreement with the client expressly said that there was to be no media announcement.

My CEO was a reticent, ‘do things by the book’ person, and he was okay remaining silent, in spite of this fabulous achievement. We however did have a COO who was also overseeing global sales, who was a little on the adventurous side.

He called me over and asked how we could get the story of the ‘win’ in the leading national and business dailies. He was very keen to see this in print because it would act as an accelerator for getting more client wins.

Both loved the story, and had no issues not revealing their source. Both said, “We can always have the line saying that the company, when contacted, declined to comment.”

I briefed the COO accordingly, and after thinking for a while, he said, “Atul, go ahead. But if it backfires, then we are all in trouble”.

I tried my best to reassure him that nothing would go wrong. I realised the importance of the news. I also realized that there were many parties apart from us and the client, who were privy to this news, be they investment bankers, and those who had made the deal possible.

So, in my view, ‘Company and sources close to the deal declined to comment’ made our position very safe!

That evening, I briefed both the journalists about the deal. I also told them that this as not an exclusive but two papers from the same group were getting the information. They were okay with that.

Briefing done, I tried to relax. It was difficult, not knowing what the morrow would bring. There was no way of getting up early to see the e-papers, because there were no e-papers! One would just have to wait till the physical copy of the newspaper hit the stands.

I woke up at 4 in the morning and went off to the place where the papers for my areas were being distributed and got hold of a copy each of the 2 papers.

I read through both the stories with some trepidation, not knowing if we had been inadvertently mentioned in the copy. I was fortunate, since both had used the line, ‘the company, and sources close to the company declined to comment’.

In office we (the CEO, COO and myself) were absolutely over the moon. Because our company had created history by winning that deal. And the whole world now knew about it!

That was not the end of the incident. Around 4 pm, the journalist from the business daily called me and said that the spokesperson of the client company (who had given us the order) was livid. They wanted to know who had given them this story. They also told the journalist that they would not co-operate with his publication till he revealed his source.

Then he said to me, “Atul, who do these MNC’s think they are? Their spokesperson does not even bother to call up unless they have a story to give. They have made no attempts at building any sort of a relationship with me or my publication. Whenever I have called, they always deny. Well, they think that they can control their message, but they should realise that there are other sources who will not let them follow their agenda. I just told the spokesperson to take a jump, and not bother me. By the way, thanks for the story.”