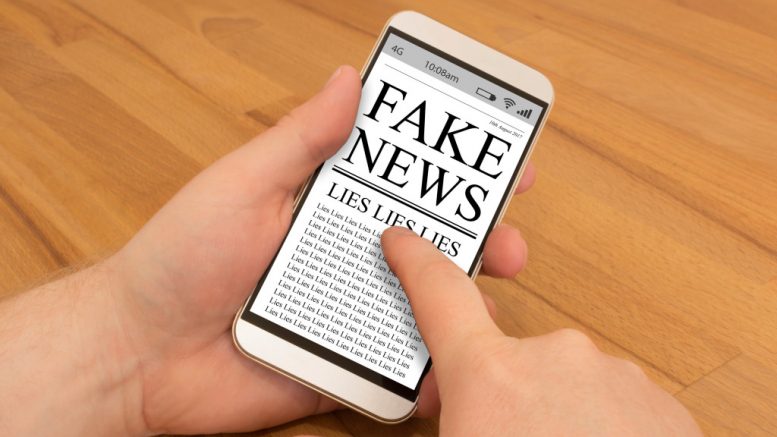 Symptoms of being affected by the fake news virus is not very different than that of any physical virus we may be infected with – its power lies in its ability to influence our minds. This virus has mutated over thousands of years to finally have the term ‘fake news’ make it to the Oxford English Dictionary. Also crowned as 2017’s word of the year, it has been made popular with President Donald Trump’s frequent endorsement of the term. However, spreading misinformation as a destabilising force has a history of being of strategic importance in the art of warfare. Chanakya, Machiavelli, Sun Tzu understood the physiological, psychological, social and economic implications of fake news, and used it as a strategic tool. Let us look at the history of fake news and how it has the ability to impact an organisation’s reputational as well as human mental health in the digital age.

In the 4th Century BC, Chanakya, an ancient Indian philosopher, royal advisor in the court of the Mauryan empire, teacher and jurist, wrote the Arthashastra, a political treatise on statesmanship. Among the pages of advice on the art of running a state, was the how-to method on waging a ‘silent / clandestine war’ or ‘Gudayuddha’ against the adversary. Misinformation was willfully spread through diplomats and spies about another ruler among their own officials and subjects, as well as to other kings. Hoax messengers worked within enemy camps bearing information about fictitious defeats or surrenders to demoralise and defeat enemy troops.

In the words of the ancient military strategist, Sun Tzu, “All warfare is based on deception”. He wrote this in the 5th Century BC in The Art of War. In the 16th Century AD, Italian thinker, philosopher and writer, Machiavelli believed that the goal of the ruler is to dominate both minds and bodies; and in his method, two tools were needed – the pen (propaganda) and the sword (military might).

Closer to our time, in 1983, to damage US reputation in the world and complicate their foreign policy, KGB created the AIDs disinformation campaign called Operation Infektion.  AIDs was said to have originated in US laboratories, funded by US Pentagon as a means of biological warfare to eliminate black and gay communities. This story was planted in the media in a third world country, in order for it to slip out unnoticed into the world, distancing the story from its source. This story was pushed at various intensities in a sustained manner by the KGB, till it went viral in 1937, with 200 stories in 80 countries across the world. Till date certain sections of people believe that this may be true. Similar propaganda is being created with Corona Virus being said to be an instrument of biological warfare.

The Economic Times in an article dated December 20, 2019, calls it a year of Fake News.  It goes on to say, “India has the largest number of social media users in the world across platforms such as Facebook, YouTube, Instagram, WhatsApp, ShareChat and TikTok. Fake stories, rumours and hate speech spread through social media have been connected to various incidents of mob attacks and lynching in the country. Under pressure from the government and regulators such as the Election Commission, social media platforms have introduced various restrictions on sharing of posts and blocked accounts of many users involved in spreading misinformation. Yet, the menace continues.”

It appears that breaking news is now breaking us. With huge quantity of misinformation being bandied around as ‘truth’, we are in a ‘headline stress disorder’, a term that was coined by therapist and author Steven Stosny, PHd, post the Trump/Clinton 2016 elections. In a Washington Post editorial, he said, “For many people, continual alerts from news sources, blogs and social media, and alternative facts feel like missile explosions in a siege without end,” Being tuned into a 24-hour news cycle generates immense negative feelings like anxiety, despair, anger and sadness.

What we are looking at is a people problem, not a social media or a technological problem. We look for information that we already believe, a tendency to search for, interpret and recall information in a manner that confirms and strengthens prior hypothesis or personal beliefs. We are drawn to information that causes emotional reactions and the urge to share what we think we know – and receive an endorsement of our belief system. This creates the spread of fake news on and through social media. It becomes hard for people to filter what information comes from legitimate sources and what is fabricated. The spread of fake news is therefore, swifter, and its appeal much stronger than authentic information.

As fake news is spread with the intent of manipulating public opinion, it is designed to provoke emotional responses from the reader/viewer. Often inflammatory in nature, it has the ability to evoke feelings of anger, anxiety and suspicion. Similar responses can be elicited when the reader/viewer recognises that a story is fake, as they can feel powerless faced with the deliberate attempt to manipulate public opinion.

It is therefore, important for us, to use our rational brain and not the emotional brain when we encounter news that hits us hard. Training our mind to see what information triggers our emotional thinking, and evaluating all information that is presented to us, even if it comes from trusted sources. This takes practise but can help us protect ourselves from unwanted emotional responses or mood fluctuations when faced with fake news.

The effect of fake news is far reaching, especially in topics that are highly polarising. It has the potential to penetrate our psychology and create a society, country or world that is further divided. It can rob organisations and nations of their carefully crafted brand equity and have a huge, long term implications on reputational health.

Be the first to comment on "The Fake News Virus – A strategy or just mental affliction?"

What team design works best for you?

Five things to do on a Staycation