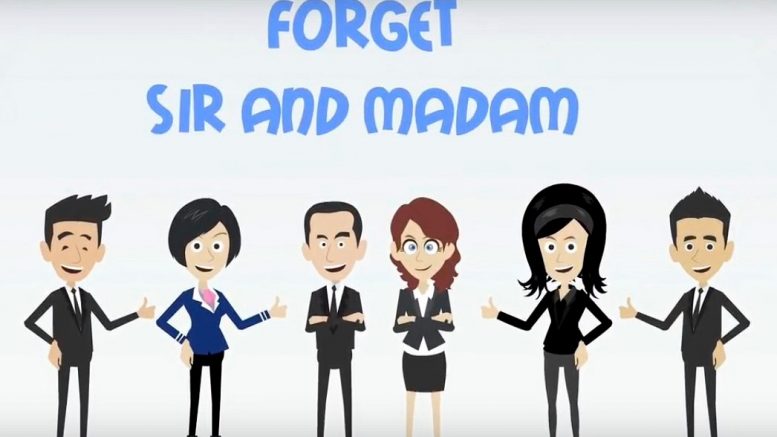 I first started using the word ‘sir’ at the Scindia School – my alma mater. I had joined in Std 5, and everyone from Std 6 onwards (in my case) was used to being referred to as ‘sir’. Before long, as I went to Std 6, I had other students, junior to me, also calling me sir, so I guess it became even stevens.

These days, when I find myself back in school, I find the three-letter word popping up very regularly. It is not just students these days, but other alumni, and most of the faculty who call me ‘Atul sir’, despite my pleas to just call me ‘Atul’.

The answer I get whenever I ask the question about why people refer to others as ‘sir’, is almost universal.

‘You are our senior, so we must call you sir.’

What rubbish, I think to myself, but continue to maintain my equanimity, when confronted with these vestiges of the British Raj. One day, I found myself thinking that it would be so much nicer if the word ‘sir’ were to be added as a prefix and not a suffix.

‘Sir Atul’ sound so much better than ‘Atul sir’. Alas, not having been knighted, I must endure the suffix.

But make no mistake, the word is a cultural hangover from the days when ‘their lordships’ ruled India. This hangover has spilled over to corporate India as well. Fortunately, it was not so at my first job with the well-known advertising agency.

On my first day there, I was summoned to the sanctum sanctorum to meet the CEO of the firm. I entered, and saw the great man, pacing around the room restlessly. On seeing me, he barked ‘And who may you be, young man’?

His response was instantaneous.

‘Dear Boy, in my firm no one is called sir. You either prefix a Mr. to my surname or call me by my given name. I am either Alyque or Mr Padamsee. If I hear you calling anyone sir, it will be your last day in this firm.’

In many ways, that was a rude awakening, but a very welcome one, because I have rarely been comfortable using the dreaded three letter word. As I said, this is a cultural issue, and there are many firms I have worked with since then, where the ‘sir’ word just does not exist.

What does however exist is another anachronism – one born out of (I am hazarding a guess here), the wonderful world of Bollywood, and adopted by corporates.

From the days, when Mr. Bachchan became legend, some of may remember that his screen name was often Vijay. In the dialogues of his film, however, no one called him Vijay. He was always Mr. Vijay. And because Bollywood is such a strong cultural influence on all of us, we soon had, and still do, a habit which really irritates me. Whether it is an email, or a greeting, or any usage where another person is called by his given name, I have on multiple occasion become ‘Mr. Atul’. I always cringe when I hear that or see it in writing.

There have been hundreds of times that I have had to tell people that I am happy being called Atul, or Mr. Takle, but please do not use ‘Mr. Atul’. Apart from anything else, I tell them, I am not a film star, and nor is it correct English. But no, people do not unlearn that easily!

Practices in other companies I have been associated with range from calling everyone by their given names to just calling them by their surnames, without even adding the ‘Mr.’ So I become just ‘Atul’ or even just ‘Takle’. That is fine by me.

What gets my goat completely is when people are trying to combine the best of both the East and West.

Imagine what you would feel if someone called you ‘Mr. Atul ji’ or ‘Mr. Takle ji’. Once again, I have nothing against the word ‘ji’, which is used as a token of respect. But, for the sake of the Lord above, why bring in the ‘ji’ to an English form of address. Just Atul ji is perfectly fine, but ‘Mr. Atul ji’ is most definitely not!

Fast forward to the digital generation. Today, everything goes. And that is fine by me. If a 20 something person called me ‘dude’, I am okay with it. Another recent trend is using acronyms. It is only recently that I ‘bumped’ into an RSP, or a VKT, or an RKJ.

This too, is fine with me.

A deeper observation will reveal that these are cultural hangovers, and no amount of coaxing or cajoling can make people say or do things differently. Because that is the way people have been conditioned, and this will carry on.

I guess these practices of using the word sir will continue. It, after all, is supposed to denote respect for another individual. My grouse is that very few understand the fine nuances, and what is worse, no one tells them that they are using the words wrongly.

People need to appreciate that usage of forms of address also go a long way in shaping perceptions. About an individual, or an organisation.

Yes, this has happened to me, as it must have happened to many of you. It also makes me wonder about our education system. Is there no teacher who can point out what the correct usage should be? Let us not forget, first there is the education system, and then there is the culture prevalent in any organisation. Both play an equally important role in shaping the way people address another person.

For me, I am comfortable with Atul, or Mr. Takle, or even Atul ji. Everything else is anathema.

What about you? How would you like to be addressed? The wonders of to ‘sir’, or not to ‘sir’! Worth a think, don’t you feel?

Of noodles, duck feet and culture