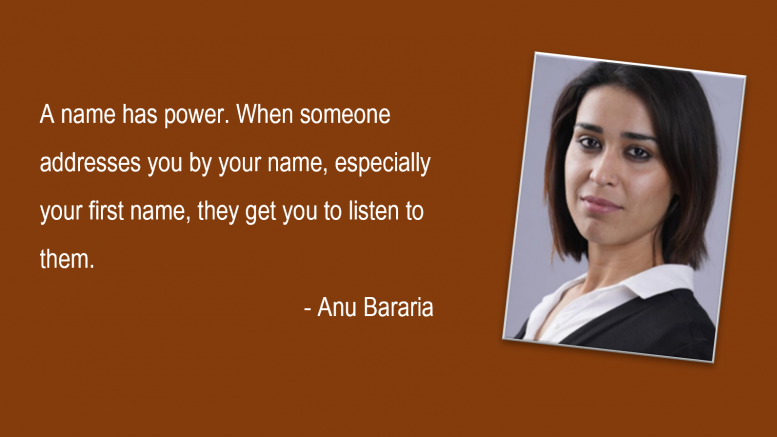 I have lost count of how many times my name has been misspelt and mispronounced. My first name is three letters in all, but people can and have done wonders with it. My last name is a bit tough on most people, so they either avoid it or make it an origami project. All for creativity I am, though not with my name.

Learning another person’s name is the first and most fundamental step in showing respect and building a meaningful relationship. Ask your sales and marketing people – what’s in a name, and they will tell you it is their top persuasion hack when dealing with clients. Nearly all influential leaders remember to use people’s names in a conversation, not by accident but by intention.

A name has power. When someone addresses you by your name, especially your first name, they get you to listen to them. It creates an instant attention hook, builds rapport, and sows the seed for positive long-term association.

Most marketing communications professionals understand the value of a name in grabbing attention and selling an idea. A name touches upon the entire Attention-Interest-Desire-Action (AIDA) model that applies to brand and product promotions. To decide how they should craft and distribute marketing messages to their target audience at each stage of the consumer’s journey, brands rely on the AIDA model. Using a person’s name, and using it correctly, acts as a catalyst that can enrich or spoil the message.

Studies show, hearing our name activates our brain, causing it to react as if we are engaging in the behaviors and thought patterns that serve as some of our core identity and personality markers. Put simply, we feel good when people remember us and lends credibility to the speaker.

I remember my time as a journalist with Reuters. We were asked to double, even triple check spellings of names and designations of people we were quoting in our stories. We would ensure we got their names right before calling them. To ignore this basic courtesy would be sacrilegious. Today, a lot is blamed on auto-correct, multi-tasking and the fast-paced life; even in high-stake client-facing roles.

However, as per psychologists and memory experts, one of the main reasons we forget someone’s name is we were not really focused on learning it in the first place. It is a small detail. But according to a BBC News study, spelling mistakes can cost millions in lost sales; a single spelling mistake can cut online sales in half. So clearly, small details make a big difference.

So central a name is to a person’s identity that it can hit at their core and at your reliability and intelligence. There is no excuse for failing to say a person’s name correctly. Let me cite a research on the impact misspelling a name has on how people discarded a paper cup.

A group of volunteers were invited to rate the quality of drinking water. The researchers either spelled the participant’s name correctly (such as Rahul, Shruti and Avinash [I am using Indian names]) or incorrectly (say Rahool, Shrutee and Avinaash). Then they watched to see how each person disposed of their cup.

Forty-eight percent of those whose names were spelled correctly recycled their cup, whereas only 24 percent of people whose name was incorrect did so. Those who received a cup without a name on it were just as bad, with only 26 percent recycling their cup.

It is no funny matter in business communication let alone in informal conversation to mess someone’s name. That’s a very important part of their identity and achievements. We know in recent past, many a well-known personality have been hauled in on social media and public forums for underestimating the importance of names in communication. Mispronunciation can be interpreted as a sign of disrespect and unprofessionalism, and negatively affect the relationship between two people or parties.

In How to Win Friends and Influence People, businessman Dale Carnegie writes, “A person’s name is to that person, the sweetest, most important sound in any language.” So, remember to remember someone’s name, and say it right. 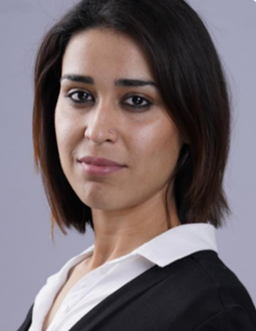 Head Corporate Communications at Ayana Renewable Power.
With about 15 years of experience in journalism and corporate communications with brands such as Reuters News, Hitachi Energy and ABB, Anu believes she has a thing or two to say.
SHARE TWEET PIN SHARE

Should brands tread the careful path between spin and authenticity in their communications?

In PR, Chemistry matters! – Part One