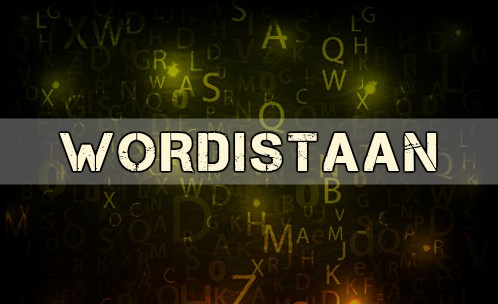 Consider the word ïllustration – it aims to create expressive images that effectively convey specific information. Come to think of it, brands do this to perfection. The boundless power of words and storytelling – to conjure worlds to engage and enchant (read:delight) customers. I mean, that words can be used to illustrate a brand and spark recall. Yes, you can boost your brand by using the right words. Striking visuals are critical to brand building, but when it comes to communicating a message, the words chosen can have a huge impact on the brand personality.

We all know the value and importance of language and how certain words convey certain meaning. As a brand that focuses on cutting-edge technology and stylish design, Apple intentionally uses a lot of comparative adjectives like – ‘faster’, ‘thinner’ along with many aesthetically-inclined adjectives like ‘beautiful’ and ‘gorgeous’ to communicate its brand focus.

Another brand that uses language effectively is Disney. Words put together consistently and constantly like ‘magical’, ‘kingdom’, ‘fantasy’, ‘dreams’, conjures up images of the magical brand of Disney.

If you look at recent illustrations what came to mind instantly, was the new positioning that Snapdeal took to, taking off the lid. Effectively, what they did was – ‘Unbox Zindagi’, which actually catered to consumer aspirations. And they managed to drive traffic and increase consumer awareness about their exciting festive season offers! At that time, ‘Unbox Zindagi‘ also repositioned Snapdeal as the platform that believes in the dreams of its consumers, even stepping out with them in their journey to a better life. Here, it’s about recognising the real needs of the users and understanding that purchases were not mere transactions, but an opportunity to upgrade to a better life. There was a new logo designed (two arrows forming a box), which conveyed Snapdeal’s journey as partners and enablers, indicating sure-shot progress, only in one direction – upwards. Of course, today, it’s a different story as far as Snapdeal is concerned, for they did run into problems.

Making a mark with #Selfiestan was Gionee, which was a smart move. In fact, they launched the concept called #Selfiestan –  which is how an ideal world should be. A world of equals and a world where people come closer to each other, where one can express emotions freely and connect with strangers. #Selfiestan as an idea is aimed to differentiate Gionee A1 from others, in the world of selfies. The brand spurned off a whole new dialogue of fun, laughter and sharing; #Selfiestan is the replica of a world where people can express themselves freely and at the same time, showcase their love for selfies.

We know too well that the brand which sells ‘happiness’ is Coca-Cola. The pleasant sunshine, a bubbly state of being with friends galore and, life tastes good – delights consumers. Everything the brand does illustrates –  how do we promote, develop and create happiness? Coca-Cola pushes this message across all points of customer contact, from Facebook to its custom vending machines. The brand backs up its focus on happiness with a strong corporate identity that circles heritage.

Talking of colas, Pepsi had pushed its ‘Youngistaan’ campaign, some years back. This brand idea was later taken forward by its extension – ‘Youngistaan ka Wow’. Highlighting the ‘Wow’ of the Pepsi drinker, it celebrated the spirit of Youngistaan. The message illustrated the ‘can do’ attitude that tipped off a ‘in my own way’ spirit and, a new extension ‘wow’ was added!  ‘Wow’ stood for two things: the ‘Wow’ refreshment and magic of Pepsi Cola, and the ‘Wow’ impact created by Youngistaan, vis-a-vis the surrounding environment.

And, last but not least, I must mention the brand that illustrated the word ‘Unhate’. Benetton’s ‘Unhate’ campaign may not have made a dent on international diplomacy, but it did recall the brand. The Italian clothing brand is well known for its provocative communication. Benetton officials argued that they intended the images to portray the concept of ‘unhate,’ fostering tolerance! The objective was clearly to send strong messages. And, did that not implode!

So, the moral of the story here is – illustrate your presence, embed it in the minds of customers and then, ‘winningstaan’ is not too far behind!

Be the first to comment on "Words can engage, words can enchant"

The Fake News Virus – A strategy or just mental affliction?

Brand Communications in 2021: A new era is born

Feminism and its Public Relations Power