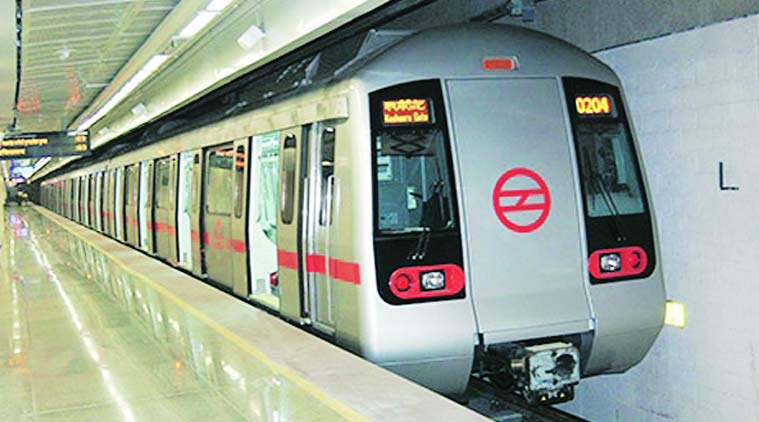 For Delhiites, the Metro has become a part of life. And, what’s becoming noticeable is that it is becoming a “pull” factor for engaging its users; Spiking up the journey for more engagement, when the journey becomes more interesting than the destination.

Last year ad ‘wraps’ were introduced on Delhi Metro, and, we saw high profile brands like IndiaMart, Amazon and Myntra fighting for ad space. They are still trying to keep ahead of the ad clutter, with the festive season in full swing!

“Storytelling at Metro Museum” was a headline that caught my fancy recently. It said that Delhi Metro is now doing its bit to help the younger generation understand the valour of Indian soldiers.

There was a storytelling session organised at the Metro Museum at Patel Chowk station. The action was narrating stories of bravery and sacrifices made by the Vir Chakra awardees. This was organised by the Metro authorities and National Book Trust (NBT), where copies of the series “Veergatha” were also distributed to the children gathered there.

Definitely, an effort to spark off a spirit of patriotism among the youth! Look at what we have now – the tragic Uri episode and the question of love for the motherland coming up upfront, that has also roped in sports (cricket, badminton etc) and even Bollywood to snap relations with any Pak links.

For sure, the Uri attacks and the ‘surgical strikes’ had held centre-stage, and had spurned volumes of discussions; this even had the Prime Minister Narendra Modi launch a scathing attack on Pakistan, as he said quite clearly that India would never forget the Uri terror attacks – “I want to tell the leadership of Pakistan that the sacrifice of our 18 jawans will not go in vain.”

Talking of the Metro, where the storytelling is getting enhanced even further, there has been yet another new phenomenon that is engaging brands. Certain metro stations’ names in Delhi are getting attached to brands. In fact, it was reported that in the last two years, the DMRC has been on a “semi-naming” spree of metro stations, with a purpose – to add to the revenue stream.  And, I believe, many stations are likely to undergo branding very soon.

What’s in a name? “A rose by any other name would smell as sweet” wrote the legendary playwright and poet William Shakespeare eons ago. The power of a name and its value has long been immortalised in prose, poetry, and more. Here, the branding has extended well beyond the name. The colour of the façade reflects that, like at Vishwavidyalaya metro station. At ITO metro station, the glass walls at the entry and exit points, have also been covered with corporate branding.

Brand stories unfurling in new spaces, but engaging the daily commuters in more ways than one. The average daily ridership stands at 26 lakh. That is the target sample who could ride through the brand messages. Incidentally, branding of metro stations is quite prevalent internationally.

I had written in any earlier column on the transformation of the post services, but now I see a new development. After ‘ganga jal’, they will now start selling pulses – ‘dal’ at subsidised rates to consumers. All part of the attempt by the consumer affairs ministry to explore the possibility of using the huge network of India Post outlets across the country, and connect with the public.

As the brand stories are integrating in many new areas, fresh, unexpected elements are getting added – to lure consumers. The ultimate power of persuasion, by not always hidden persuaders.

Be the first to comment on "Adding spice to the journey"