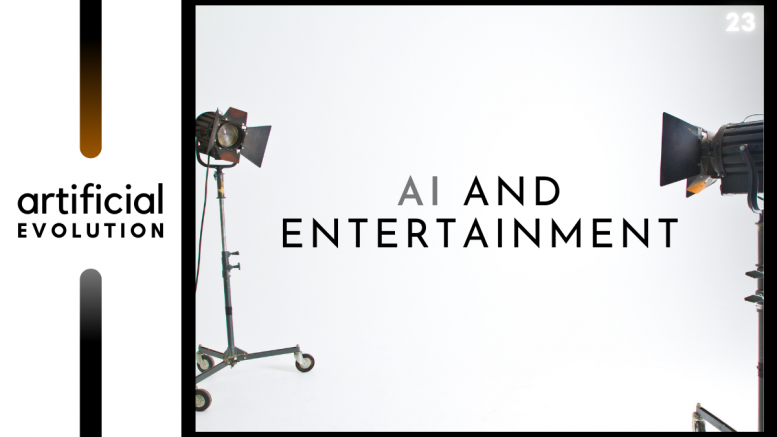 As millennials, our focus, obsessions and interests meander. A lot.

Based on the amount of screen time we had as kids, the amount of time we’ve had Video on Demand (VOD) services like YouTube, Netflix and the like as adults and the level of content consumption we like as a personal prerogative, have all designed us to have short-ish attention spans about individual subjects.

These days, stand up comedy has taken that spot for me. Amazing sets from Indian comics like Vir Das & Karunesh Talwar to American greats like George Carlin and Dave Chapelle, brought happiness, contentment and scratched that ‘need of good content’ itch just right.

The thing is, a lot of American standup is available on YouTube. Over time, YouTube must’ve realised that – “This dude likes American Stand-up. Let’s feed him more of the same”

And one day I found this:

Created by Netflix and Keaton Patti, this little 3 and a half minute set was developed by getting a bot to watch, hear and process over 400,000 hours of standup. Since I’ve worked with some writer bots before I’m assuming this is the best (and most surreal) version with some augments in the script. The video is probably not AI and was made from scratch to add comedic value.

What does that mean for the industry? Are performers redundant now?

Ok, first of all why so extreme? Just trying to make a point man – jeez.

No, they’re not redundant and they probably won’t be for some time. But what could happen would be a rise in 3 things:

Didn’t sound all “beep boop” did it? Composers like Hans Zimmer would charge hundreds of thousands if not millions of dollars for tracks like these.

So what can I do about this? Is there a way I can start using AI to make and market content?

Hmm. So what’s next?

Really, Expected a better response than ‘hmm’ but okay :/.

If you follow cultural movements, you’ll know that the entertainment sector is more experimental today that it ever has been. From Deadpool’s self awareness to Anurag Kashyap and Anil Kapoor making one of freshest movies I’ve seen in a while.

Meta is in. Meta is here.

Emerging filmmakers and content creators will test the boundaries of human imagination. Although the subject matter of AI itself has been shown beautifully by Spielberg’s AI and Asimov’s I, Robot, we’re still only scratching the surface with non human intelligence playing a part in the mainstream. Personally, I hope we see an actual AI in a movie one day.