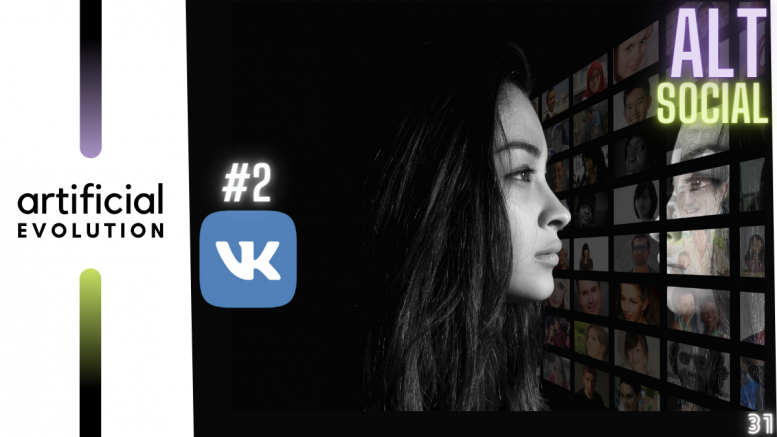 The primary use for social media is for users to stay connected. We’re usually surrounded by the big LIFT (LinkedIn, Instagram, Facebook and Twitter) in India. However, there is an entire subterranean layer of alternate social networks that have popped up for specific audiences. This series aims to shed light on 4 of these AltSocial platforms.

From Russia, with love.

When I write, I usually listen to a genre of music called Progressive Trance. It calms me. Allows me to focus.

One of my favourite dutch producers and DJ, Armin Van Buuren has been playing his weekly radio show –  A State Of Trance, for over 15 years with the best in trance from across the world. With the advent of more publishing platforms, his show is now live streamed across multiple platforms including his dedicated radio channel, many syndicated shows by existing radio networks and digital platforms like his website, Spotify, YouTube and Facebook.

Whilst introducing fan favourite tracks across the two hours he plays, he often mentions that they’re live on the aforementioned platforms and VK.

VK? Never heard of it.

The thing is, like China, Russia has their own way of adopting social networks. Unlike China though, Runet, (a portmanteau of the Russian Internet) is not entirely under the scanner of the government.

Well, not yet. (at the time of this writing)

VK was founded by the richest man you’ve never heard of. Pavel Durov, is often called Russia’s Mark Zuckerberg. After reading up on him, it’s clear that the man is worth every dollar of his $17.2 Billion net worth.

By the way, with his elder brother Nikolai, he also founded Telegram.

So, what is VK then? 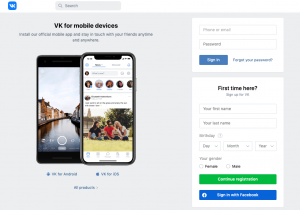 What seems like an alternate reality of the Facebook story, a 22 year old Pavel started the company in 2007 after graduating college from St Petersburg State University. The social network quickly grew within university circles (initially only through invitation) to 100,000 users in 7 months.

Originally, it was a wasteland. Piracy was rampant.

“Everything was accessible for free and through a single resource: music, films, pornography. These things couldn’t be found on Facebook” says Maxim Kornev, the Faculty of Television, Radio and Internet Technologies at the Russian State University for the Humanities 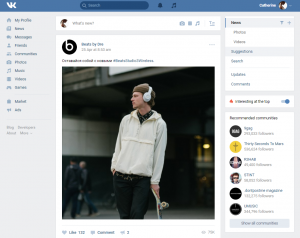 Over time, as the company grew, VK became more respectable. VK is (mostly) like Facebook in the social networking aspects:

But VK has some unique features up it’s sleeves:

Why do I do need to care?

I asked myself the same thing. I came up with three reasons:

Uh. Okay. Get to the spicy part now! What does the big man say about it?

He doesn’t say much. He controls it now.

In early 2014, Pavel sold of his remaining stake to Russian business magnate Alisher Usmanov and some other investors who are, uh, ‘close friends’ with the man who’s name sounds like a Canadian dish consisting of french fries and cheese. Equity changed hands  a couple more times and continues to remain under the watchful eyes of ‘the man’.

To be fair, under new management, the website has done really well and has grown considerably.

Pavel, on the other hand left the country and now works with his brother Nikolai on Telegram and has invested in some new blockchain ventures.

If it wasn’t clear yet, this essay’s purpose is not to coax you to join in or hate on VK. It’s attempt is to make you think:

I’d like to leave you with this Interview between Pavel and TechCrunch. Gave me something to think about:

Be the first to comment on "AltSocial: Part 2 – VKontakte"

Defence? What is the game plan?