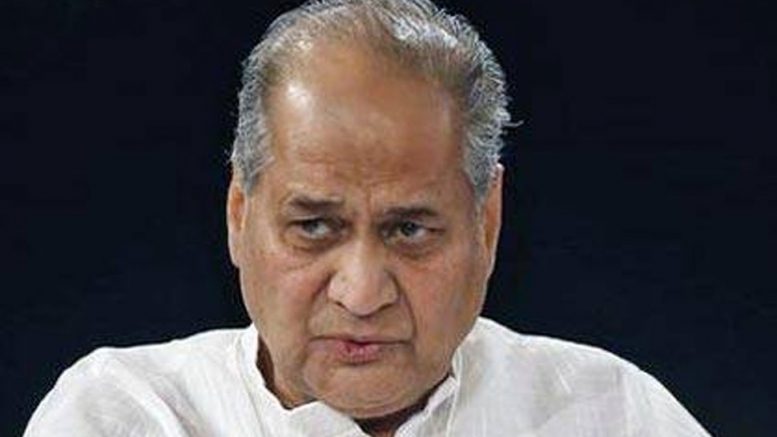 It is most interesting that within a week after discussing how some brands make news but how sometimes news builds brands in my column, I have a fascinating news-driven example to discuss: Brand Bajaj. Unless you have been sleeping under a rock, Rahul Bajaj’s elegant outburst at the ET Awards ceremony on how the government does not seem to take criticism became front-page news, trended back and forth on Twitter and made the leading industrialist a darling of critics of the BJP government.

The elder statesman of the Bajaj clan spoke with a mix of forthrightness and diplomacy but minced no words as he spoke to Home Minister Amit Shah.

No less than finance minister Nirmala Sitharaman was forced to spring to the home minister’s defence though that looked feeble as fanboys and girls swooned over Bajaj’s words as she described his outburst as an “impression” — never mind the fact that it is a widespread one.  Biocon founder Kiran Mazumdar-Shaw endorsed Bajaj’s views a day later, confirming to anyone who really cared that the trepidation in the atmosphere was real.

Speaking like Bajaj did is something business people are not used to doing — or simply can’t bring themselves up to do. This is because too much is at stake for them often to fall foul of rulers. But the Bajaj clan is no ordinary lot. As Rahul Bajaj himself recalled, his grandfather Jamnalal (who founded the group in 1926) was considered an adopted son of Mahatma Gandhi. The family was part of the freedom struggle against British rule. Rahul’s uncle Ramkrishna Bajaj also had to fight politically motivated tax harassment by authorities during Indira Gandhi’s rule during the Emergency years, showing that this was no ‘chamcha’ family. I have myself heard Rahul Bajaj making outspoken statements at Confederation of Indian Industry (CII) gatherings.

You could say the Bajajs, especially Rahul, have a mix of integrity and authority that enables them to get away with some things and stand up to some other things.  From a brand standpoint, these are great attributes. It is only the good work and honesty you display that helps in tough times. That is what Brand Bajaj is all about.  Please note that there are three Bajaj companies in the National Stock Exchange’s premier 50-share index, the Nifty.  That goes to show that this is not any old group talking out of turn but one whose doyen has earned the right to speak out.

In that sense it is important to realise and remember that brands thrive best when they are in the news for all the right reasons — whether or not they are talked about for what they essentially do in business.  But there is nothing like a good-looking, outspoken CEO or chairman with a sense of humour, right?