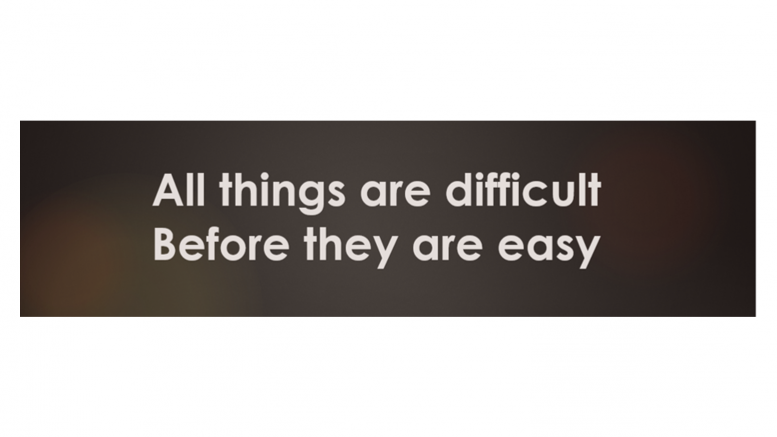 Management gurus often use this phrase, ‘channel your energy’ which encourages you to focus and create something meaningful. I always imagined a person doing Reiki or Tai chi where energy is required to heal or attack. What they really mean is that, when we have extreme emotions like anger or happiness, we can channel the energy that radiates from the emotion, to achieve something great, rather than waste it by doing nothing with it. We’re talking quite a lot of energy here. Still, it is a tough concept to understand until you get a first-hand practical demonstration.

Thankfully, as Wordsworth said, child is the father of man. And I have a child.

Recently the six year old seeing that I was all ready to go to work, ran to me because he had to tell me something urgently.

‘Mamma, I wanted to tell you that we had a surprise cycling race in school yesterday. When I heard it I was so ‘nervis’ that I took the bike and cycled so fast, I came in first. That’s what I wanted to say.’ You see what he did there! He did not faint, or hide in the toilet; he channeled all his nervous energy and won an impromptu cycling race!

When I was a little girl my brother presented me with a small logbook which he had brought from Canada. I was reading Reader’s Digest those days and would pick up their most quotable ‘quotable quotes’ and write them down in the logbook, one quote per page. Here are a few of them, which goes with our theme:

You would expect a sportsman to say exactly this. Where timing, form and performance are important such as in track and field, all the emotions you feel – fear, nervousness, excitement, anxiety – needs to be channeled and focused in order to perform your best race ever. Michael Phelps, the most decorated and #GOAT Olympian once mentioned that when people ‘idle talk’ about him in the dressing room, it usually ‘fires’ him up! Watching Usain Bolt at the start of the race on the tracks is a lesson on focus. I remember meeting Mary Kom at PRAXIS7 who mentioned that it is frustrating sometimes to manage her three children and she does feel like, she takes a boxer’s stance and punches in the air. Imagine the damage that would cause if that fist hit the delicate children. Luckily for them and for us, she channels that anger into the sandbag and that’s how she gets us the gold!

In my dark days, I always read ‘I Rise’ by Maya Angelou. It lifts me up. I remember in an interview Dr. Angelou talks about being raped as an eight year old by someone known to her, who was later found dead. She says she was so traumatised by the incident and the death (which she believed she caused) that she didn’t speak for five years. And to demonstrate that good can come out of evil she goes on to say, “I read every book in the black school library and whatever I could get my hands on from the white school library.” She went on to become one of the most celebrated and inspiring poet and writer of our times.

In 1988, the ‘Born in the USA’ singer, Bruce Springsteen came to India to perform at the ‘Human Rights Now’ concert. I don’t know all the details, but this is the story I heard as a young girl. The show was in Jawaharlal Nehru Stadium, Delhi and was a complete sell-out with over 50,000 people. He had brought with him a new talent to open his show. The fairly unknown, Tracy Chapman, the rare beauty with an unusual voice. When she started to sing, people got a bit impatient with her performance and there was  a ruckus. She performed very well, nevertheless. That same year her song ‘Fast Car’ won the Billboard Music Award in the best video category. When you have a clear goal, you can shut the voices down.

As I have mentioned earlier, channeling is very difficult to practice. It takes awareness to learn your own feelings, the positive or the negative impact it can have and finally to focus it to do something more meaningful. But you know what they say about difficult things, ‘all things are difficult, before they are easy.’

Facing the future with empathy & resolve

Journalistic bias is like cholesterol: there is a good variety and a bad one