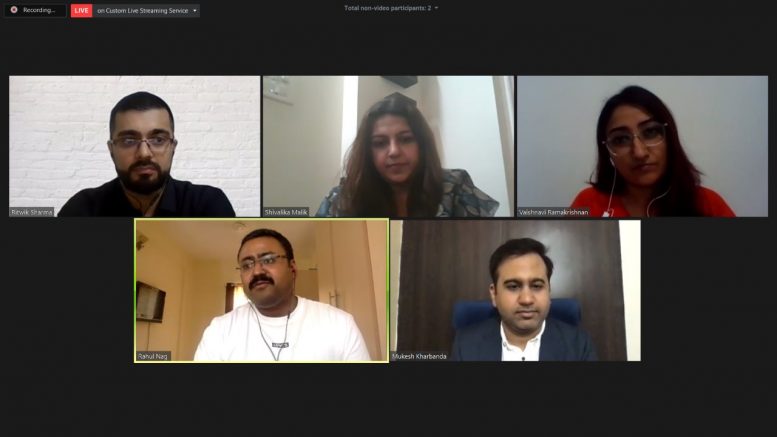 In India, consumer attitudes were changing due to certain factors –  like rising incomes, exposure to new ideas and technologies. Increasingly, it was observed that people were spending more on ‘experiences’ and customised products. And then entered COVID-19 into the scene, disrupting the whole setting.

Now, the challenges that organisations face are unprecedented. In these testing times, the need to keep brands relevant is critical. To add to this – you have disruption of services, managing a workforce that is working on ‘remote’ mode and so on. Plus, brand communication in the new normal, that targets urban and regional audiences, has gained in momentum.

As we entered the lockdown period, there were many questions that popped up. The ‘uncertainties’ are driving brands towards finding innovative, effective solutions. Today, organisations are mapping consumer acceptance, both urban and regional of their products across the nation.

Do consumers beyond metros behave differently?

What is the factor that is increasingly driving purchases among Indian consumers – especially in regional India? Mukesh, who was thrilled at celebrating the 10th anniversary of Fuzion PR, brought up this question at the onset – do consumers beyond metros behave differently?  Not only in this unique COVID situation, is the communication  top-of-mind, but it’s important to keep the conversation going at the regional level, influencing a community who are powerful and to keep the engagement alive, noted Rahul and added – “Everytime the medium does not work like magic ”.  A strong feeling that there’s going to be a synergy, was what Shivalika disclosed pointing out that today, three things mattered – digital is the core, safety and hygiene with the new yardstick that will define consumer behavior and value, trust and fun will lead the way for brands, very much like what they believed at PepsiCo; their recent campaign on social distancing was purpose-driven in a ‘fun’ way – and people tend to pick this up.  “Both urban and regional audiences are leveled out in the playing field,” said Ritwik. To some extent, it is similar to the urban consumer, but the difference is how they consume content; and the non-metro consumer is going online too.

At Flipkart, this is the crux of what they do. There is going to be a drastic consumer behavior change in purchasing or consuming media, according to Vaishnavi. “And the pandemic has given people time to retrospect and people have gone back to their roots, which is actually the regional media. People want to rehash knowledge of their mother-tongue”. And with the recent media narrative in Tier 2 and Tier 3 cities for going “vocal for local” – all this points to  changes in consumer behavior.

It’s not regional media vs newspapers or print, but what is the future? “It has to be online,” was the point emphasised by Ritwik. In a recent study conducted by them it was revealed that 62 % of urban online viewers were influenced by ads, but it was 72% in the regional space. More than 60 percent of smartphone market in India belongs to non-metro cities, he shared.

The newspaper is a matter of pride in T4 and T5 villages stated Mukesh. But, what is the current situation? That was the norm before March, said Rahul but now the consumption has shifted to ‘digital’ and that is the future. And, the earlier media houses realise this, the better for them! Post lockdown, there has been an increase of about 300 to 400% of news consumption on ShareChat.  Print has been hit, and today, it’s a matter of understanding where and how your consumer is consuming content, pointed out Shivalika. We cannot lose out on the readers. Subsequently, a lot of regional publications are already online and they have got evolved; they have invested in research to present the news in the most appealing manner. The challenge that they face – is to step into the next phase.

Is print more important than social media? Currently print has its own importance and we believe that getting the message out in Daily Jagran or Rajasthan Patrika is important, pointed out  Shivalika – “The consumer relates to the message that comes to his house in the current situation”.

Digital influencers – turning on the heat

In the last five years, influencers have carved out a large share as Mukesh put it. Are the social media influencers the new channel of brand communication?  At Flipkart it‘s a question of  bridging the gap said Vaishnavi. Today it’s “transcreation” of messages for the regional media and the influencers’ impact is indeed very important. Plus, the decision-making process has been shifting to media plus influencers; and the influence the regional influencers can have to create brand purchase or brand recall is unique, elaborated Rahul. 88% of Indian internet users prefer to see production communication in their own language and a targeted approach enables them to reach their audiences with much better RoI too, was a strong point made by Ritwik.

Will influencers be core to the TG for the future? The influencers cannot be the core – the  message has to be the core and the USP is the hero in terms of communication, said Shivalika. For the hashtag perspective, it’s your core message that is your hashtag and this need to be understood very well.

How important is the regional language in the communication strategy?  It’s an integral part of the marketing and communication mix, and regional language means having a connect, disclosed Shivalika. It’s important to assess – what kind of stories can we can bring to our audiences? “Today we feel comfortable in the language we talk.” For Vaishnavi, around 80% of content is focused on regional, and “It’s critical for us to have that focus”.

Recently in the news, was the Chinese app that had such an impact on the Indian youth. But during this COVID experience, TikTok has taken a beating and now stares at a gloomy India picture. How will this gap be filled? Rahul noted that as far as they are concerned, in the last 36 hours, 15 million downloads have happened at ShareChat and, half a million downloads have been happening every hour! That’s the capability they have, which is in the evolving process and “we have a long way to cover”. Brands have started reading the strength of such platforms; this is going to be the future, creating global space, he added.

Everyone is looking at non-metros for the next phase of growth, affirmed Ritwik. But are Tier2 and Tier3 scenario equipped to imbibe that change?  How are brands able to get across to the consumers?

So far, English publications has been ruling the roost. Even though only 9% in India talk in English, why is the importance given to English publications, wondered Mukesh? You have to understand the purpose of the communication to select that medium, pointed out Rahul.

In these unprecedented times, businesses and industries have been hit, but with every crisis, there is opportunity, remarked Shivalika; the learning curve is high and communication has a big role to play.

Regional communication – the road ahead

Rahul: It has shifted to ‘digital’ and I am looking at digital and social.

Shivalika: If you want to make a connect, regional is important. You can’t miss it!

Vaishnavi: Regional is here to stay. Make sure the right stories reach the right audience. Local has to be vocal.

Be the first to comment on "PRime Time 2: Communication beyond metros in the new normal"

The power of creativity in Public Relations

Show up: You never know what’s waiting to happen